When it comes to late-night hosts, everyone has a favorite. Whether you tune into James Corden’s Carpool Karaoke or can’t get enough of Colbert’s Meanwhile, every show has a little something to love. On The Tonight Show Starring Jimmy Fallon, it’s the games.

On a recent episode, Fallon and singer, Meghan Trainor, teamed up to play the Musical Genre Challenge, and the results were hilarious.

If you’re unfamiliar with the game, Fallon invites guests (usually singers) to take turns with him hitting a button that generates a random song and genre. Whatever comes up, the other person has to sing.

For his latest game, Fallon and Trainor moved through everything from T-Pain’s slow pop ballad, Booty Wurk, to an Elvis Presley-inspired take on Will Smith’s Gettin’ Jiggy Wit It. While Fallon and Trainor’s vocal work was impressive, so was Tonight Show house band, The Roots’, ability to shift genres at the drop of a hat.

If you want to check out every song from Fallon and Trainor’s Musical Genre Challenge, you’ll find them on The Tonight Show’s YouTube channel, but you can get started below.

If you enjoy Fallon and Trainor’s duets, we’ve got good news—there’s more! The game is one of Fallon’s most popular (and, often, most viral). Everyone from Ariana Grande (see below) and Charlie Puth, to Jamie Foxx and Adam Levine have challenged him. Again, you’ll find them all on The Tonight Show YouTube channel.

If you want a way to procrastinate your way to 5 p.m., The Musical Genre Challenge can help! 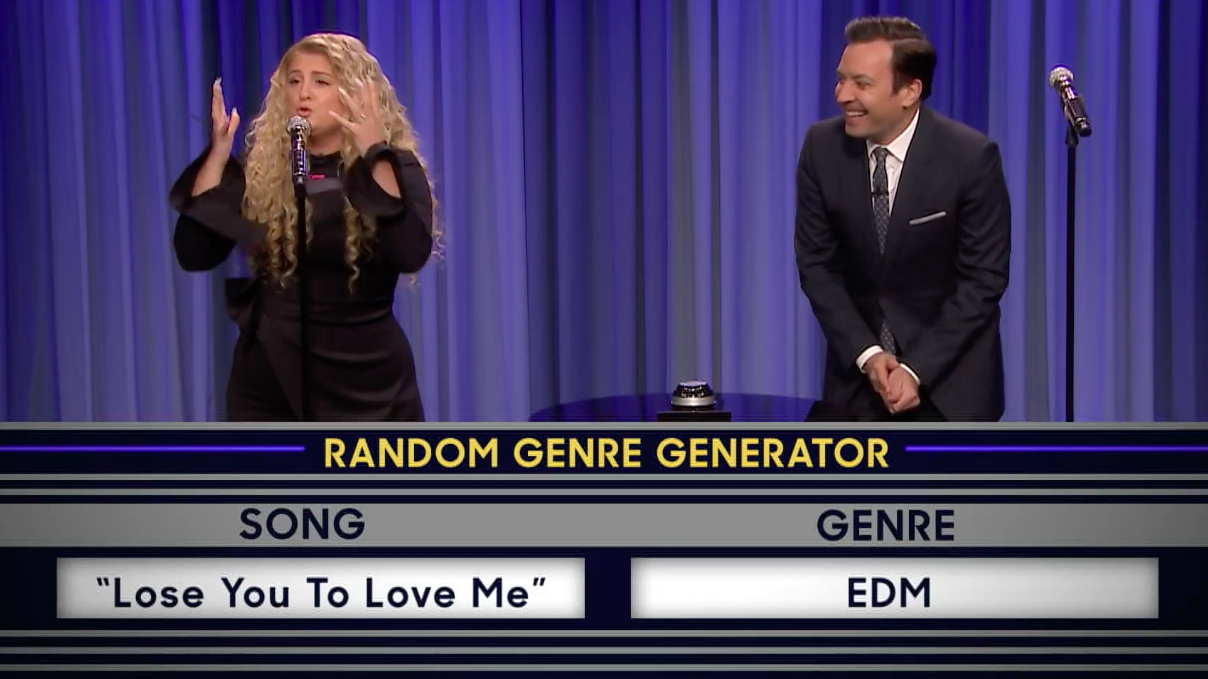