Think of Mardi Gras, and you’ll probably think of wild drinking, glittering cheap beads, and college students looking to let loose. But then again, you could find those same things in any party town around the world. So, what is it that makes Mardi Gras special?

In truth, this annual celebration is about much more than booze and beads. Mardi Gras is actually a Christian holiday, with roots in older pagan traditions (just like many other Christian holidays). It marks the end of Carnival season, just before Lent begins. And people all over the world celebrate it, although New Orleans is its most famous U.S. location.

Where did this holiday come from, and how does its history influence modern celebrations? Before you put on those beads, let’s delve into the fascinating story behind Mardi Gras.

Ancient Roman celebrations were famous for being wild, and it’s these wild celebrations that seem to have given rise to modern Mardi Gras. Specifically, Saturnalia and Lupercalia (which may have also helped start Valentine’s Day) fueled the beginnings of this tradition.

When Rome transitioned to Christianity, the ancient Roman festivities of spring and fertility were kept on, as a prelude to Lent with its 40-day fast. These pre-Lent festivities would ultimately become Mardi Gras: that’s why the holiday always falls on the day before Ash Wednesday (when Lent begins). And as Christianity’s traditions spread across the globe, so did Mardi Gras.

If you ever hear Mardi Gras referred to as “Fat Tuesday,” that’s a direct translation: “Mardi Gras” is just French for “Fat Tuesday.” This name references the last chance to feast before fasting begins on Ash Wednesday. Of course, people today often decide on their own what to give up for Lent (if anything), but historically, the fasting period meant giving up foods like meat, butter, and eggs.

In fact, even the word “carnival” refers to this tradition: “carnem” means “meat” in Latin, and “carnelevarium” was a medieval word for giving up meat. Eventually, the word became “carnival.”

Carnival season refers to the weeks leading up to Mardi Gras: Carnival starts on January 6th, and ends on Fat Tuesday. In the performances and revelry that mark Carnival, it’s easy to imagine the influence of ancient Roman celebrations.

Of course, as with many modern holidays that have ancient roots, scholars still debate whether or not Carnival and Mardi Gras actually came directly from ancient Roman feasts and festivities. Still, there’s no doubt that they share some similarities. And, as a Christian holiday, the Mardi Gras tradition became wildly popular—even among non-Christians.

Mardi Gras in the U.S.

It’s easy to see why Mardi Gras became such a popular celebration. Who doesn’t love an excuse to party—especially when you’re about to face a long phase of religious fasting?

New Orleans does hold claim to the first Mardi Gras parade, though. This first parade was a student-run effort in 1827: the students brought the costumes and street dancing they’d seen in Paris to New Orleans for Mardi Gras. By 1837, the parade was an official tradition.

And in 1857, a secret society known as the Mistick Krewe of Comus added floats and marching bands to the parades, kicking off the tradition of “krewes,” or private organizations that make the Carnival parades happen—a parade put on by the Mistick Krewe is depicted in the wood carving above. The purple, gold, and green colors of one famous krewe eventually came to represent Mardi Gras on the whole.

Over time, riders on the krewes’ floats started to throw beads, coins, and other trinkets to spectators—and contrary to popular belief, there’s still no need to show any skin to get Mardi Gras beads.

The “king cake” has also become a staple of modern Mardi Gras traditions. This famous pastry seems to have ancient roots of its own: Rome’s Saturnalia festivities involved baking beans into cakes as a harvest celebration. The person who found the bean in the cake became “king” for the day. Today’s version of king cake involves a circular cake (like a crown) with a plastic baby to represent the baby Jesus baked inside. The person who finds the baby receives honors and responsibilities fit for a king (or queen), such as riding on a parade float or hosting a party.

While the New Orleans Mardi Gras might be the most famous one of all, the tradition of Carnival and Mardi Gras is huge all over the world. You might have heard of the famous Carnival celebrations in places like Brazil, Haiti, or Trinidad and Tobago; or the Carnival masquerade balls in Venice. While the exact traditions of these festivities differ depending on where you are, they’re all about living it up before Lent, and they all culminate with Mardi Gras.

Of course, you don’t have to be Christian or participate in Lent to enjoy the historic, cultural Mardi Gras festivities. But knowing this history helps give some context to the celebration. Mardi Gras isn’t about partying on a random Tuesday—it’s about taking the last chance to live large before Lent’s fasting and praying.

Mardi Gras can involve drinking and debauchery, but it’s just as much a family holiday as anything else. Whether you’re doing shots with your friends or sharing king cake with your family, there are lots of ways to celebrate Mardi Gras that will brighten up this late-winter season. 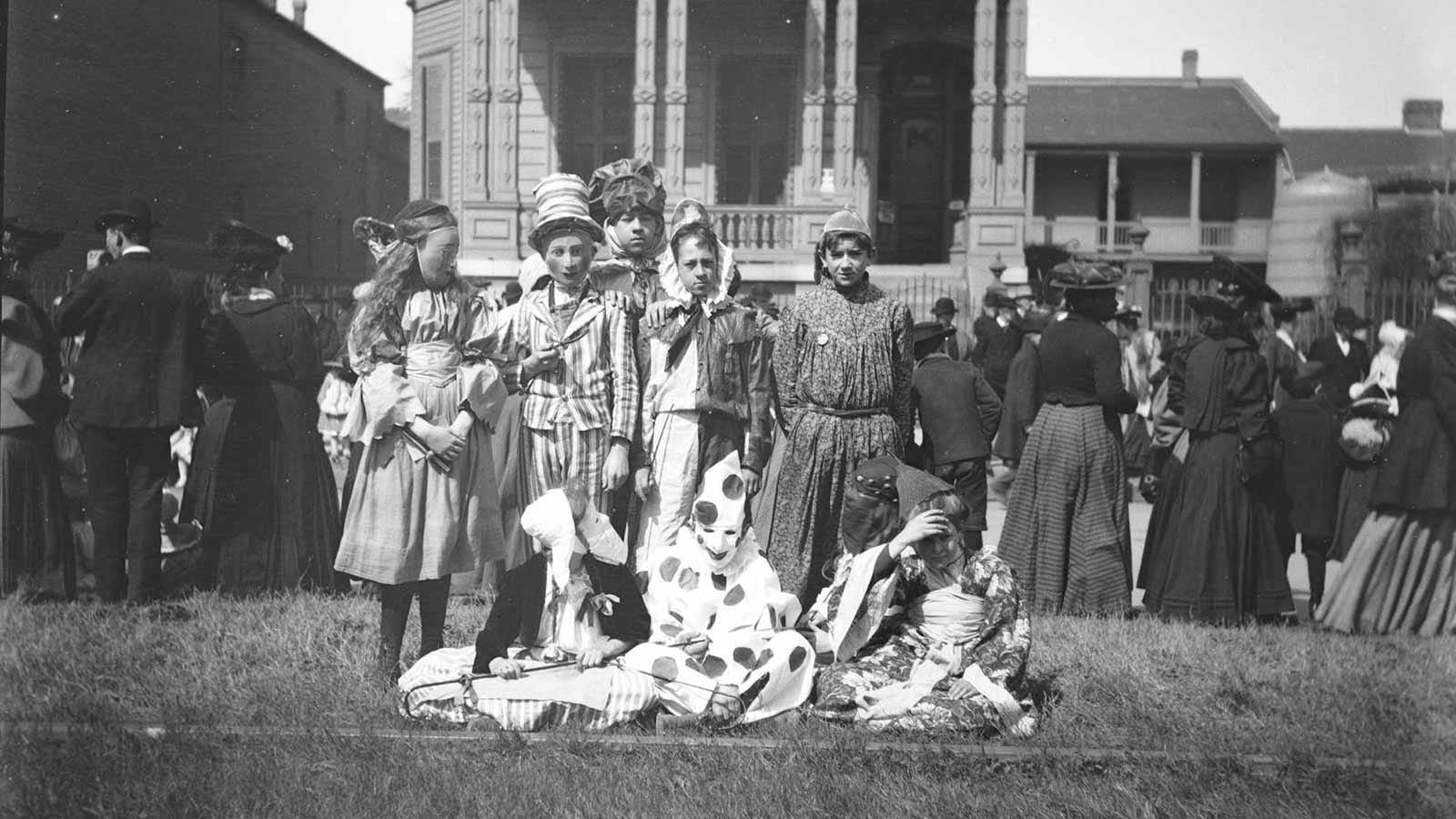