Alright, fast-food fans, get ready to hold on to your hats (or Burger King crowns). Hot Pockets’ new flavors are all inspired by fast food, and the tasty new portable meals look even better than the brand’s classic flavors.

According to the Instagram account The Impulsive Buy, there are three new iterations of the microwavable food. The user spotted two of the three new options in stores. Within the lineup, there’s a new take on the cheeseburger flavor that includes a “secret sauce” and a sesame seed bun that’ll make fans of restaurants like McDonald’s and Burger King happy. Then, you can also snag a Sliced Beef n’ Cheddar creation that’s reminiscent of Arby’s classic sandwich. Finally, those who adore Taco Bell can pick up the Southwest Style Taco, which features a creamy jalapeno sauce.

The user reports that the items have been seen at Maine-based store Hannaford but also at Wal-Mart. So far, the only flavor not seen in a store is the Southwest Style Taco.

While the new menu from Hot Pockets is undoubtedly exciting, experimental flavors aren’t a foreign concept to the brand. Of course, there are classics like pepperoni pizza and ham and cheese, but in addition to these standards, the brand has options like bbq beef, chicken pot pie, and even taco flavored—though not Taco Bell inspired. Not to mention, there are the breakfast options and lower-calorie Lean Pocket iterations.

You really want a Hot Pocket now, don’t you?

Get lost in the cheesy deliciousness of Pepperoni Hot Pockets. pic.twitter.com/ySpllk06nR

Unfortunately, the brand doesn’t have the handy store locator that many other companies do—at least not when it comes to the new drive-thru themed menu. To get your hands on those goods, you’ll need to go on the hunt at your local grocery store. But based on the flavor options, they’ll likely be worth the work. 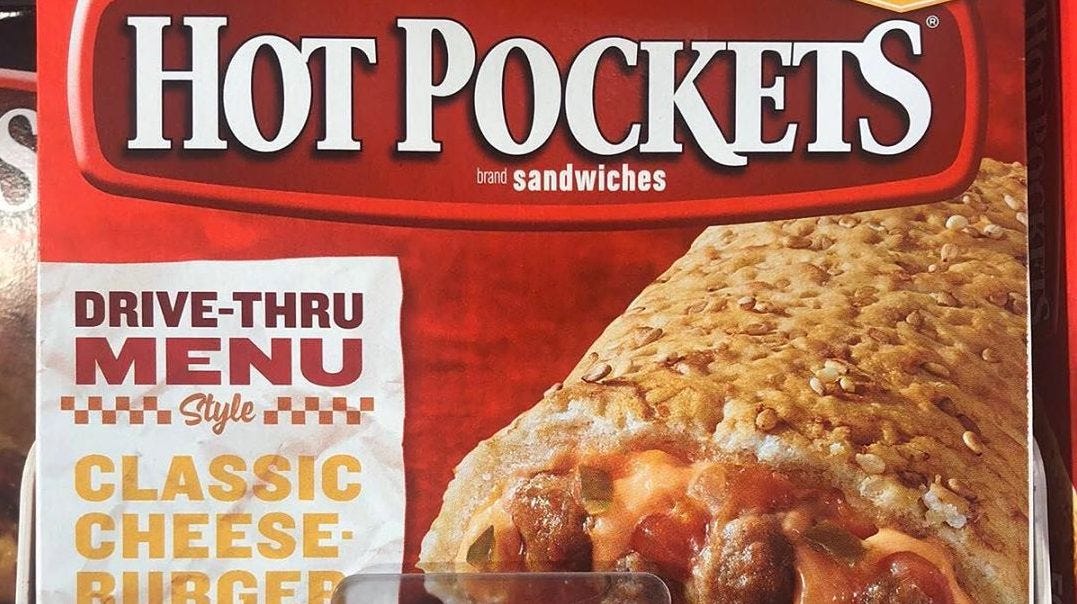