In the U.S., we celebrate St. Patrick’s Day with shamrock shakes, clovers, and all things green. We also eat a lot of corned beef and cabbage, but did this tradition even originate in Ireland?

Pour yourself a Guinness and learn everything there is to know about this classic, one-pot meal!

What Exactly Is Corned Beef?

Let’s cover the basics before we delve into the history of this hearty meal. If you’ve ever furrowed your brow over a pub menu, wondering what the heck “corned” beef is, well, you’re not alone.

“Corn” is an old-fashioned term for large chunks of rock salt. So, “corned” beef is a cut of meat (typically brisket), that’s been cured with large corns of salt and brine. The curing process involves soaking the beef brisket in brine for a few days—it’s just like making pickles, in a way, but with meat.

One of the main ingredients used to make brine is Prague powder. This contains sodium nitrite and, it’s the ingredient that gives corned beef its unique pink hue. Pickling spices, garlic, and sugar are all used to make corned beef, as well.

After the corned beef is submerged in the brine for about four or five days, it’s removed and cooked.

Luckily, if you want to make corned beef, you can skip all that and buy an already-brined, ready-to-cook brisket at most grocery stores, especially around St. Patty’s Day.

Better yet, a few hours of low and slow cooking converts that tough cut of meat to a tender dish that will have you merrily smacking your lips.

Now for a little history lesson. In the late 1700s and early 1800s, a massive wave of Irish immigrants settled in the U.S., and brought their food customs with them. Some of the most favored dishes were Irish stew and soda bread—we’ll get to those later.

What they didn’t bring with them was the ever-popular corned beef and cabbage meal we’ve all come to love. The idea, however, stemmed from what people did ordinarily eat in Ireland. The preferred meat at the time was pork—especially Irish bacon.

If you’ve ever tasted Canadian bacon (which many argue is just round ham), it shares many characteristics with Irish bacon. It’s lean, smoked, and is a staple in many authentic Irish dishes.

But let’s not leave out those ever-pleasing potatoes, which have traditionally been popular in Ireland and still are today.

So, if the Irish mainly ate pork and potatoes, how did it become corned beef and cabbage?

How We Got Corned Beef and Cabbage

It really came down to math. Unlike beef, pork was astonishingly pricey for newcomers in the U.S. at the time. Potatoes were available, but cabbage was also the more cost-friendly vegetable that still had a hearty appeal.

Curing beef brisket was one of the many cooking methods adopted from other cultures. It was also the closest affordable comparison to the Irish bacon they ate back home.

This affordable dish was perfect for large families, and soon, people heard how delicious it was. New York was (and still is) a massive melting pot, and you could say this dish is, too!

While the idea of corned beef and cabbage came from various cultures, available foods, and newly learned cooking methods, it doesn’t scream “authentic.”

However, here are some crowd-pleasers that did originate in the heart of Emerald Isle:

One of the most popular foods created in the early days of this beautiful country. Necessity and limited finances gave birth to soda bread. All you need to create it is flour, salt, baking soda, and soured milk. Give it a try!

A gigantic, one-pot stew made from all the leftover meals of the week. Foods like Irish bacon, potatoes, onion, and sausage were simmered (or coddled) for a few hours before eating. While you can create your very own version at home, here’s an authentic recipe from the past.

Potato pancakes are famous in many cultures, and the Irish have a yummy recipe for it, too. Try this delicious boxy recipe—you’re in for a treat!

Get the Recipe: Chow Hound

Another slow-cooked, one-pot meal that’s both tender and oh, so heartwarming. While they used mutton (sheep) back in the day, lamb is the more common choice today. Other ingredients in this soul-satisfying stew include potatoes, carrots, and onions. 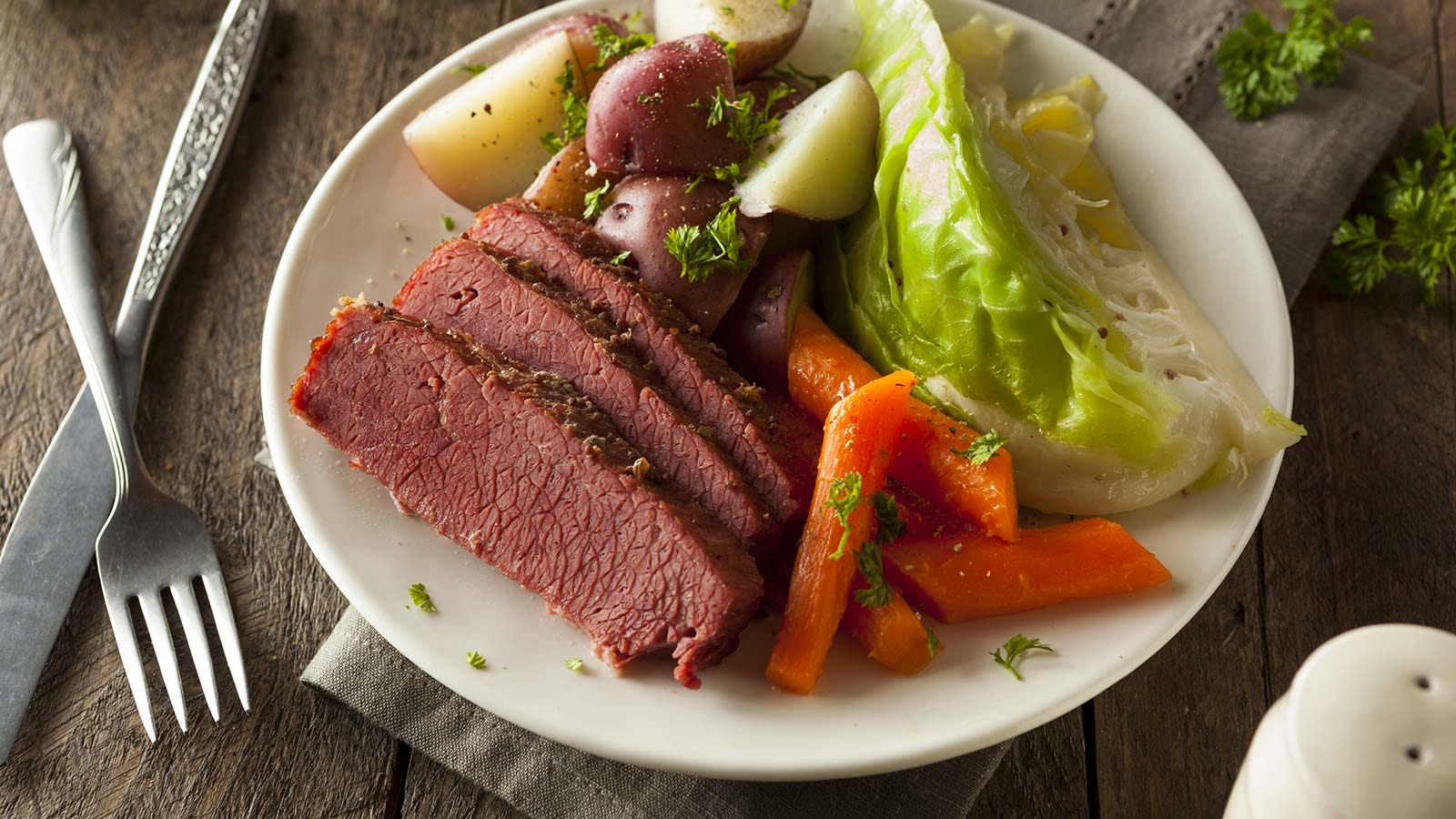