Hated those Keep Calm and Carry On posters in the 2000s? Hate how overused chalkboard paint was in the 2010s? According to this survey, you’re not alone.

The folks over at Empire Today, a large flooring and window treatment company, surveyed 1,519 people to ask them what interior design trends they really disliked from the previous decades.

For example, here’s the chart for the most disliked interior design choices from the 2000s:

While the majority of respondents had more than their fill of Keep Calm and Carry On posters by the end of the decade—we can probably all agree that putting your TV above your fireplace is both bad for the TV and your neck—we definitely got a chuckle out the “Birds Everywhere” entry squeaking in at the end of the race.

Because, after all, can you really call yourself a hated trend if comedians never poke fun at you? We think not. In 2011, shortly after the close of the decade in question, the sketch comedy show Portlandia sealed the deal on the bird trend by poking fun at it with this sketch, “Put a Bird On It”:

If you want to check out more of trends—ranging from inflatable furniture to wood paneling—that folks could stand never to see again, check out the full infographic-rich post here. 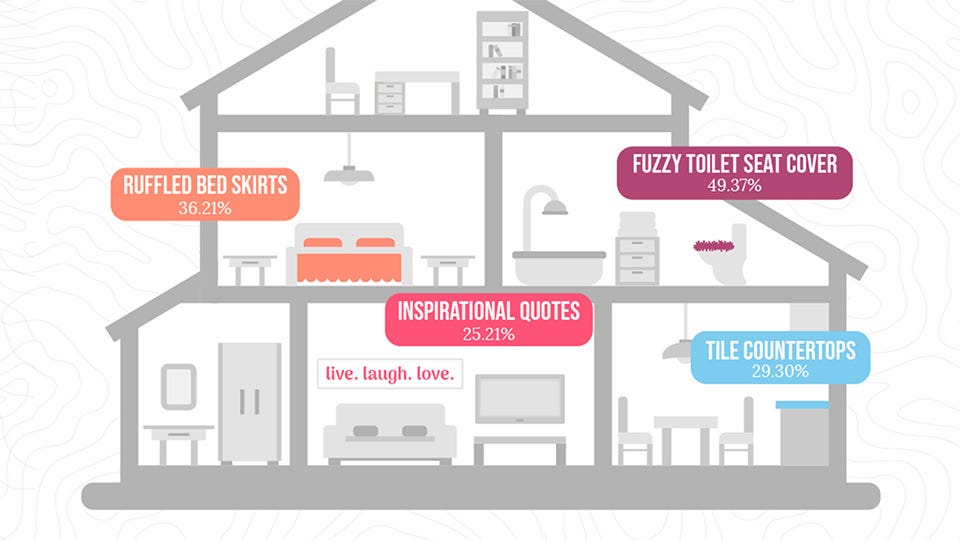