Lots of people have a superstitious fear of the number 13. From Fridays that fall on this date to buildings that skip the 13th floor, what’s so scary about this number?

Plenty of people suffer from phobias, but it might seem strange to fear a number. We dug deeper to find out where this idea about 13 came from.

The phobia of Friday the 13th is also sometimes called friggatriskaidekaphobia because Friday was named for the Scandinavian Goddess Frigga.

Around 10 percent of the population dislikes the number 13, but not all of them suffer from triskaidekaphobia.

Thirteen isn’t the only number people fear. In China, the number four is considered extremely unlucky because the Chinese word for four is nearly a homonym of the word for death.

Thanks to the influence of Western superstition, some elevators in China don’t have a 13th floor, but they also don’t have fourth or 14th floor either. There are even buildings where four is omitted so completely, every fourth (24th, 34th, etc.) floor is skipped, as well as the entire range of 40 through 49. Fear of the number four is called tetraphobia.

Where Did the Fear Originate?

Phobias are irrational fears, so, it’s possible someone starts fearing a number by chance or for a deeply personal reason. Most of the time, though, phobias of this nature are cultural.

There are a few reasons why 13, above all other numbers, holds such sway over Western culture.

Thirteen people attended the Last Supper. Judas was the last to arrive, making him the 13th guest. Because he betrayed Jesus, some people believe that’s where this fear originated.

The same concept—a gathering of 13 resulting in ill luck—also appears in Scandinavian mythology. At a gathering of the gods, Loki, the god of mischief and misfortune, slips in as the 13th guest. His mischief-making leads to the death of the god Baldur.

This has also worked its way into French culture. There’s a long-standing tradition of breaking the ill omen of a 13-member guest list by adding a 14th.

It’s also possible the fear of 13 existed even before the Last Supper or the similar Scandinavian tale of betrayal.

In the Code of Hammurabi from ancient Babylon, number 13 is missing from the list of laws. This means the superstition over this ominous number could date back to 1780 B.C.

It’s Next to a Pleasing Number

The number 12 has a lot of positive associations, many of which relate to both cultural stories and the organization of time. It’s no wonder, then, that the number that immediately follows it ended up with a bad rap.

Here are some interesting facts about the number 12:

And that’s not even half of it. Twelve is a highly visible number in math, and even in the way we relate to the flow of time.

It’s also significant in many religions. For example, Israel had 12 tribes, and the Hindu sun god, Surya, has 12 names.

Joking about bad luck on Friday the 13th or opting for an apartment on the 14th floor instead of the 13th (because, hey, better to be safe than sorry) is usually just a bit of silly superstition.

However, if a fear of the number 13 prevents you from going to work or otherwise makes your life difficult, you might have a phobia.

Phobias are usually treated by immersion therapy, which means you have to face your fear. However, it might be something worth looking into if you’re paralyzed by the thought of a number bringing you ill-fortune. 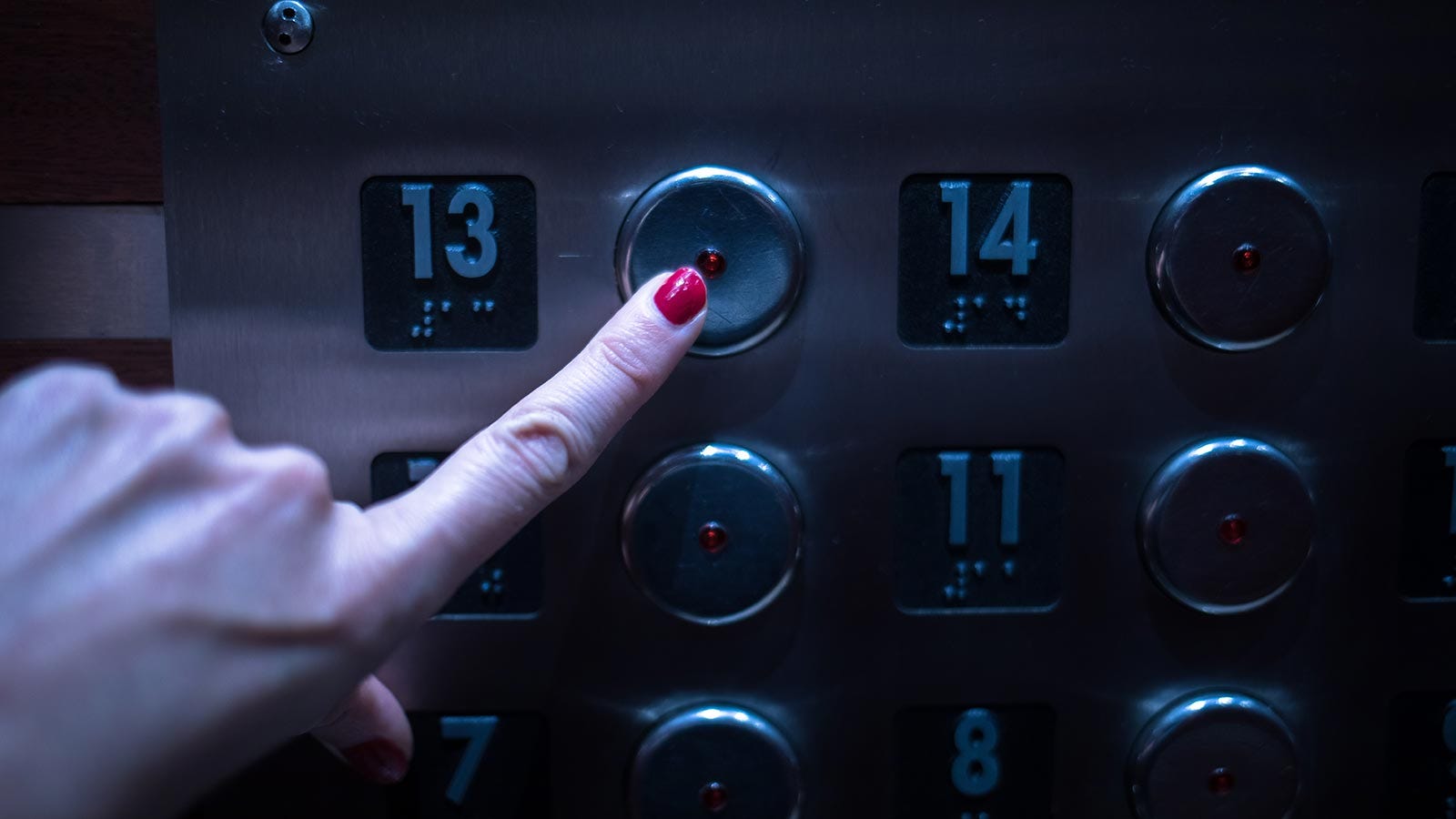