It’s possible that people who’ve never found a four-leaf clover think they don’t exist. The fact is, finding four-leaf clovers or clovers with more than four leaves is a rare occurrence.

So how rare are they? While calculating four-leaf clover rarity isn’t exactly a matter of pressing scientific urgency, there is a lot of interesting amateur research and crowd-sourced information.

For example, it’s widely repeated that 1 out of 10,000 clovers is a four-leaf clover. But the folks at the aptly-named site ShareTheLuck crowdsourced the search and found that the real rate was closer to 1 out of 5,000.

Now that begs the question: How big of a clover patch do you need to tip the odds in your favor? This father-daughter team crunched the numbers on clover density and found that in your typical clover patch, you’ll find roughly 800 clovers per square foot. To find a four-leaf one then, you only need a little over six square feet of space to search—although the bigger the patch, the higher the odds.

That seems like an easy task, but what makes them so hard to find is that clovers grow in layers. That rich green look is the result of layer-upon-layer of leaves which makes it tricky to find the four-leaf pattern with your eyes. Once you pick all of the clovers that are visible, you’ll discover more underneath and then more underneath that next row, too! Even though the chances of a four-leaf clover growing in a relatively small area is high, it could still take hours and hours of looking to find it.

With statistics like those, you should consider yourself lucky if you do find a four- or five-leaf clover at all. In five or six hours of digging through clovers at a park one day, I found three four-leaf clovers and one five-leaf clover, and those are the only ones I have found in my entire life (and I’ve done a lot of looking).

But enough about the odds and my adventures in clover procuring, it’s not just the rarity that makes them considered lucky—it’s the lore that goes with the clover leaves. Each leaf of the four-leaf clover stands for something different, according to legend.

While four-leaf clovers are a symbol of good luck, a five-leaf clover is not only good luck but might also bring you wealth. If you find a six-leaf clover, it might bring you fame and fortune.

If you think that a six-leaf clover sounds out of this world, the Guinness Book of World Records holder of most leaves on a clover has 56 leaves. Now that’s some luck! 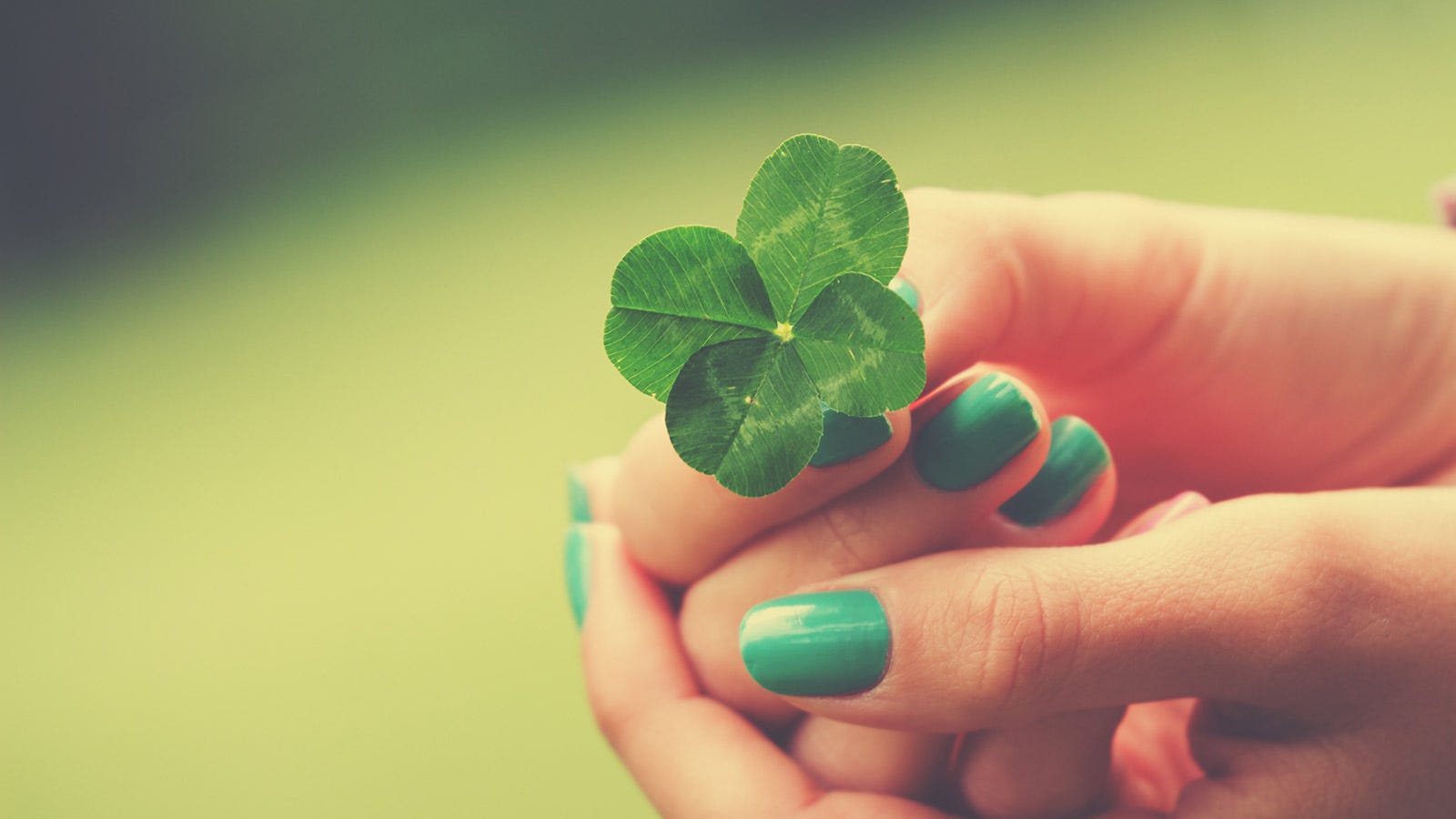