Friday the 13th is upon us, which means bad luck is (allegedly) waiting around every corner and under every ladder. If you want to play it safe (even at dinner), you’ll want to keep these seven food superstitions in mind.

Don’t Break or Cut Noodles in Half

The Chinese culture has many good luck traditions, but there are a few bad luck superstitions, as well. In many cases, doing a certain thing can bring you great fortune, but doing that same thing the wrong way can bring bad luck your way.

Certain Chinese foods and dishes also fall under this umbrella (don’t open it in the house!). Specifically, how you handle or consume certain foods could bring a shocking or serendipitous fate upon you.

Get yourself a good ramen spoon and don't be afraid to schlurp!

In some regions of China, it’s believed that long noodles signify living a long life. If eaten, you’ll be privileged with good health and good luck.

However, if you break or cut those noodles (you guessed it), you’re also cutting your life span, too. Fun, right? Just be sure to eat those Lo Mein noodles in one long strand—especially today.

Air Bubbles in Your Bread

Do you trust the machine more than yourself?

Bread has been popular with humans since we first figured out how to make flour, so it’s not surprising that its extreme popularity has also sparked more than a few superstitions. Essentially, finding a sizeable hollow space inside your bread is said to symbolize a coffin.

Many folks believe finding one could portend the death of a loved one. If that’s not a good reason to take your time and knead that dough correctly, we don’t know what is!

Get the Recipe: Sally’s Baking Recipes

One of the most notorious food superstitions of all is associated with spilling salt, which is claimed to bring bad luck. This is why, when many people knock over that salt shaker, they quickly try to remedy this very unlucky state of affairs by throwing a dash over their left shoulder.

But why throw it, and why over the left shoulder? In some cultures, there’s a long-standing belief that helpful spirits or angels are always standing to the right of your body, while demons (or the Devil himself) are on your left.

Other cultures believe the very act of spilling salt magically rouses these forces. Therefore, tossing the salt over your left shoulder will blind the evil spirits who mean you harm. Some take it a step further, and believe you must crawl under the table to the other side to prevent any misfortune.

Even if you don’t believe, next time you spill the salt (and especially if it’s Friday the 13th), it might be worth a quick toss just in case, right?

No-spill caps will protect both your tablecloth and you from any misfortune.

Harry Belafonte might have created a permanent association between boats and bananas with his 1956 hit, “Banana Boat Song (Day O),” but let’s be clear about one thing: that’s the only boat a banana should ever be on.

Bananas can be on banana boats because its transporting them, but many seamen don’t ever want to see one on a fishing boat. If you do happen to bring one aboard, be prepared to watch that yummy yellow fruit get chucked right into the water.

Fishermen, in general, tend to be a pretty superstitious lot. Streaks of luck bring in plenty of delicious fish and seafood, while any streak of bad luck on the open sea is very bad indeed.

This very long-standing belief is usually especially in effect on crab boats. From worries over mechanical breakdowns to reeling in empty line after empty line, if a humble banana has been brought aboard, it’s sure to blame!

Just Say No to 13 for Dinner

The association between the number 13 and ill fate dates back centuries, and many superstitions include the number. Not only does 13 have a rough reputation when it comes to dates, floors, and apartment numbers, the bad luck extends to the dinner table, as well.

When it comes to entertaining, be sure to count your guests before sending out those invites. According to one particular superstition, if 13 guests attend your dinner party, bad luck will ensue.

The origin of this particular belief is said to come from the bible and, more specifically, The Last Supper, at which Judas, who betrayed Jesus, was the 13th guest. Some folks even go so far as to pop a teddy bear in another seat to bump the number up to 14.

So, if you want your feast served on time, not burnt, but fully cooked, be sure to take a headcount.

Never Add Milk Before the Sugar

If you have wedding plans, then be very careful when mixing your hot tea. If you add your milk before the sugar, some believe you’ll never marry at all, or even that be you’ll always be unlucky in love.

However, a related superstition portends that if the sugar in your tea doesn’t properly dissolve, it means someone is in love with you. Accidently spilling your tea (the actual drink, not hot gossip about the neighbors) also brings good luck, so don’t fret over the mess!

Tortillas & a Surprise Visit From the In-Laws

This Mexican superstition might or might not be bad luck, depending on how you feel about your in-laws. Many believe dropping a tortilla portends a surprise visit from your spouse’s mom and pop.

If that sounds worse than a day-long root canal at the dentist, just be sure to keep a firm grip on those tortillas. Otherwise, you might have to share your quesadillas with them.

On the other hand, if you adore your in-laws, the only bad luck here is you’ve spoiled a perfectly good tortilla.

Even well into the 21st century, lots of people still believe in superstitions, and a surprising number of these unlucky myths involve food. Some are whacky, some are wild, and some are just plain weird. Whether you’re a believer or not, though, Friday the 13th might not be the best day to test fate. 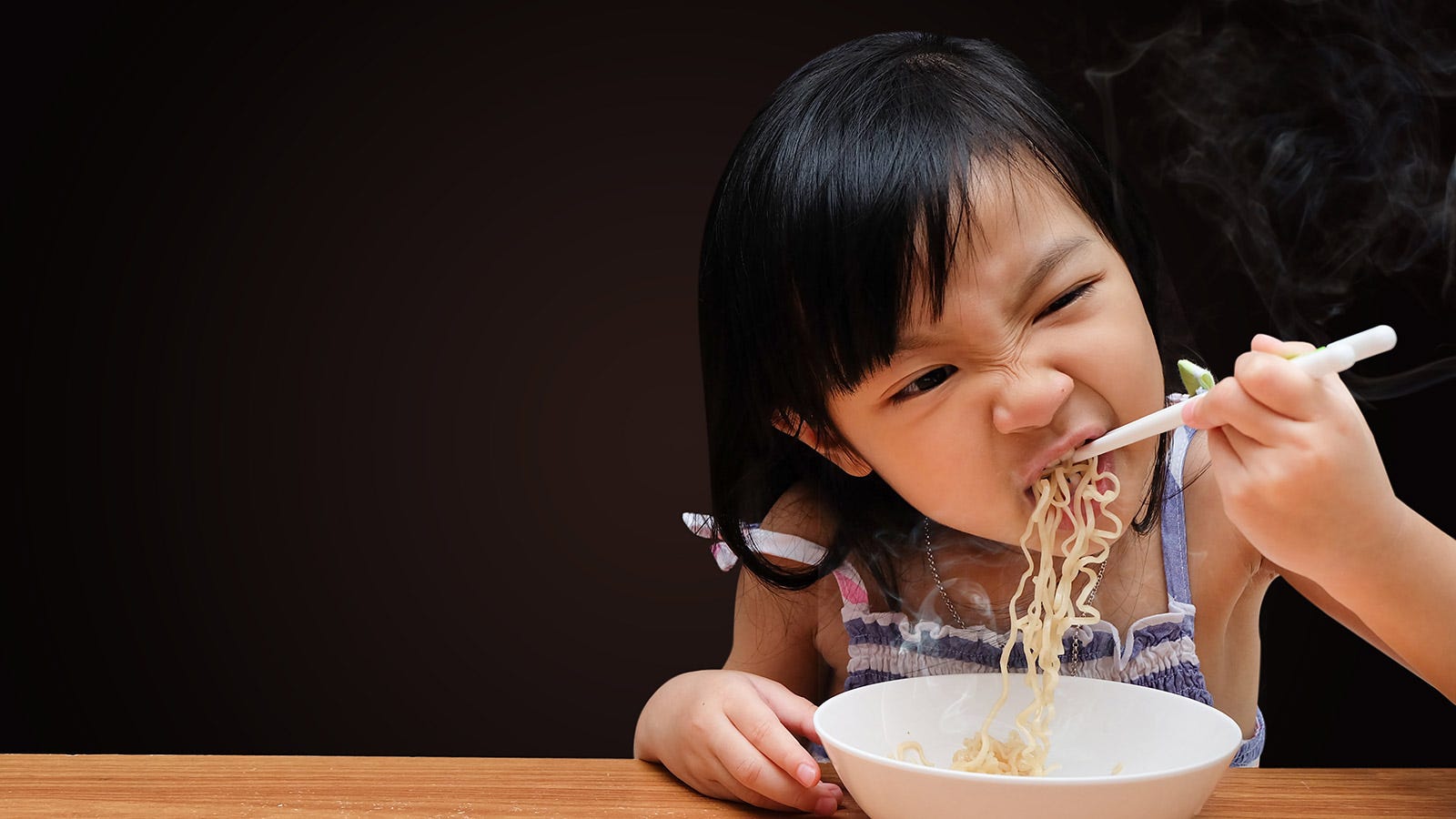