Whether something is broken or you just want to upgrade your shower experience, replacing a shower head isn’t hard. But it’s important to do it right, and knowing these tips will help you get started.

The Different Types of Showerheads

Not all showerheads are created equal. Some are just sprayers, some have detachable heads, and some replicate overhead rain showers (and we’ve rounded up some of the best of all those types over on ReviewGeek). The type and length of your shower arm (the pipe that comes out of the wall) will determine what kind of shower head you can install.

Some showerheads even involve a lot more than just replacing the head itself. Sliding bar showerheads, for example, install similarly to a standard shower head. But as the name suggests, the installation also involves mounting a sliding bar with a shower head mount. This is an excellent option for kids. The only real hurdle here is mounting the sliding bar in addition to the shower head.

Once you’ve chosen, most shower heads will include instructions on how to assemble the parts in the box, but they won’t always show you how to get the head installed. So let’s get started.

Step One: Assemble Your Tools and Prep Your Work Area 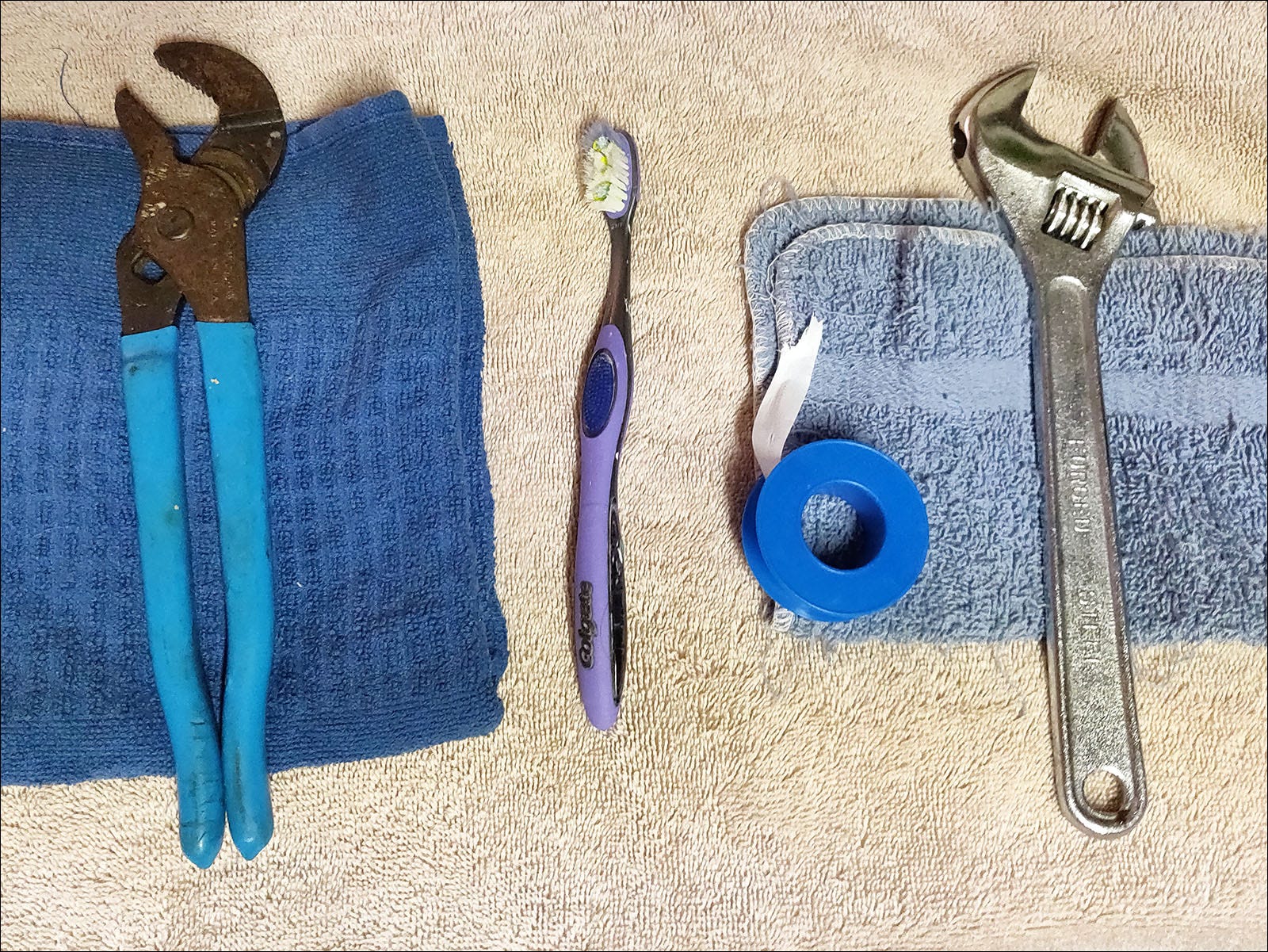 You probably have all the tools you’ll need to complete this project. You’ll need:

To get your area ready, close the drain in the shower (if you have a closeable drain) and place a towel over it. You don’t want any debris from the shower head or shower arm going down the drain during your project.

Also, you don’t need to turn off the water for your home when replacing a showerhead; turning off the faucet is good enough. 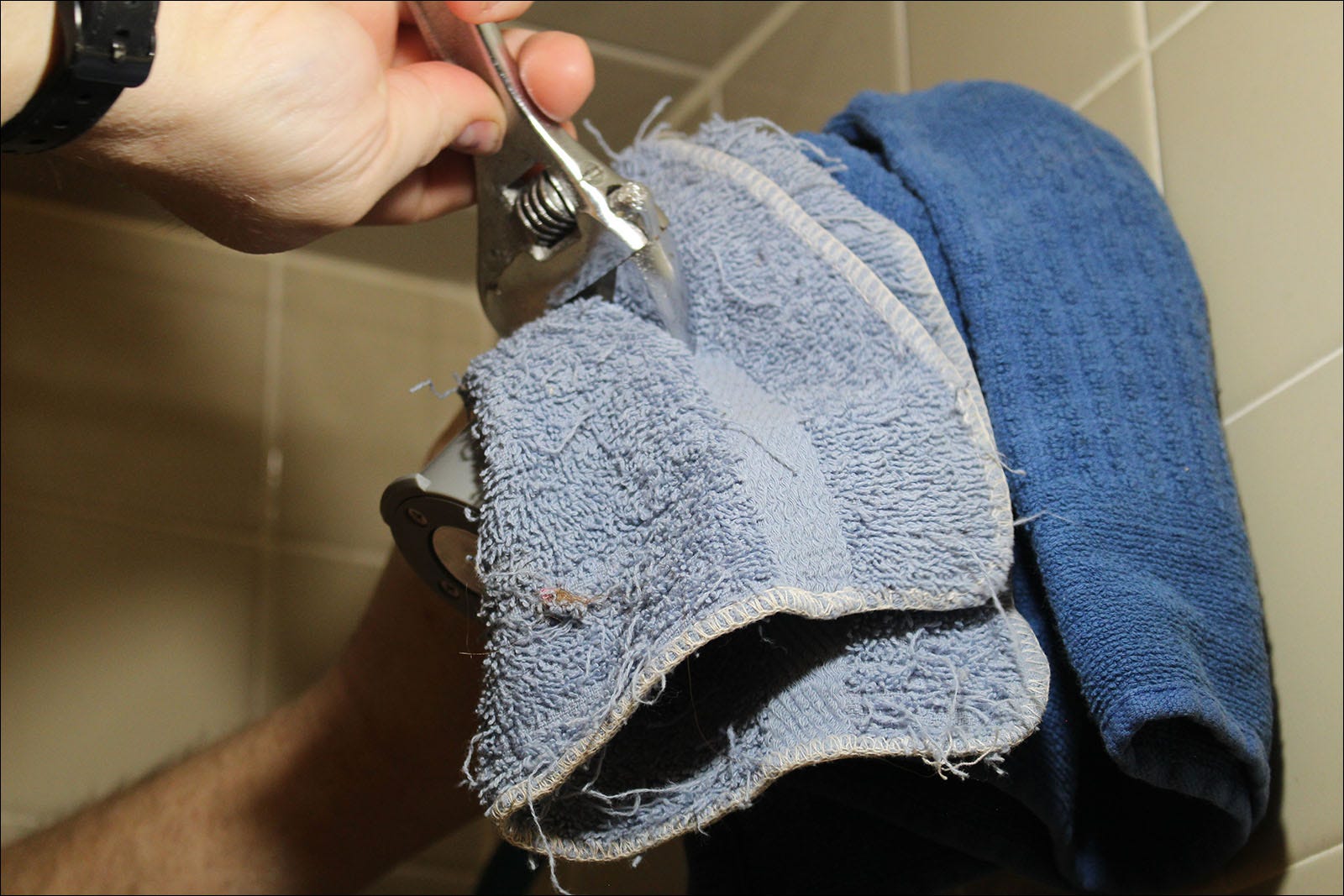 Next, you’re going to want to remove the shower head. Sometimes, this is as simple as unscrewing it by hand. If the shower head won’t budge by hand, spray a penetrating agent (like B’laster or WD-40), let it sit for a few minutes, and try to loosen it by hand again.

If it’s still pretty stuck, you can use the pliers and crescent wrench to loosen it.

Be prepared for a bit of water to come out of the arm or showerhead when you remove it. That’s normal; it’s just water that’s collected there. 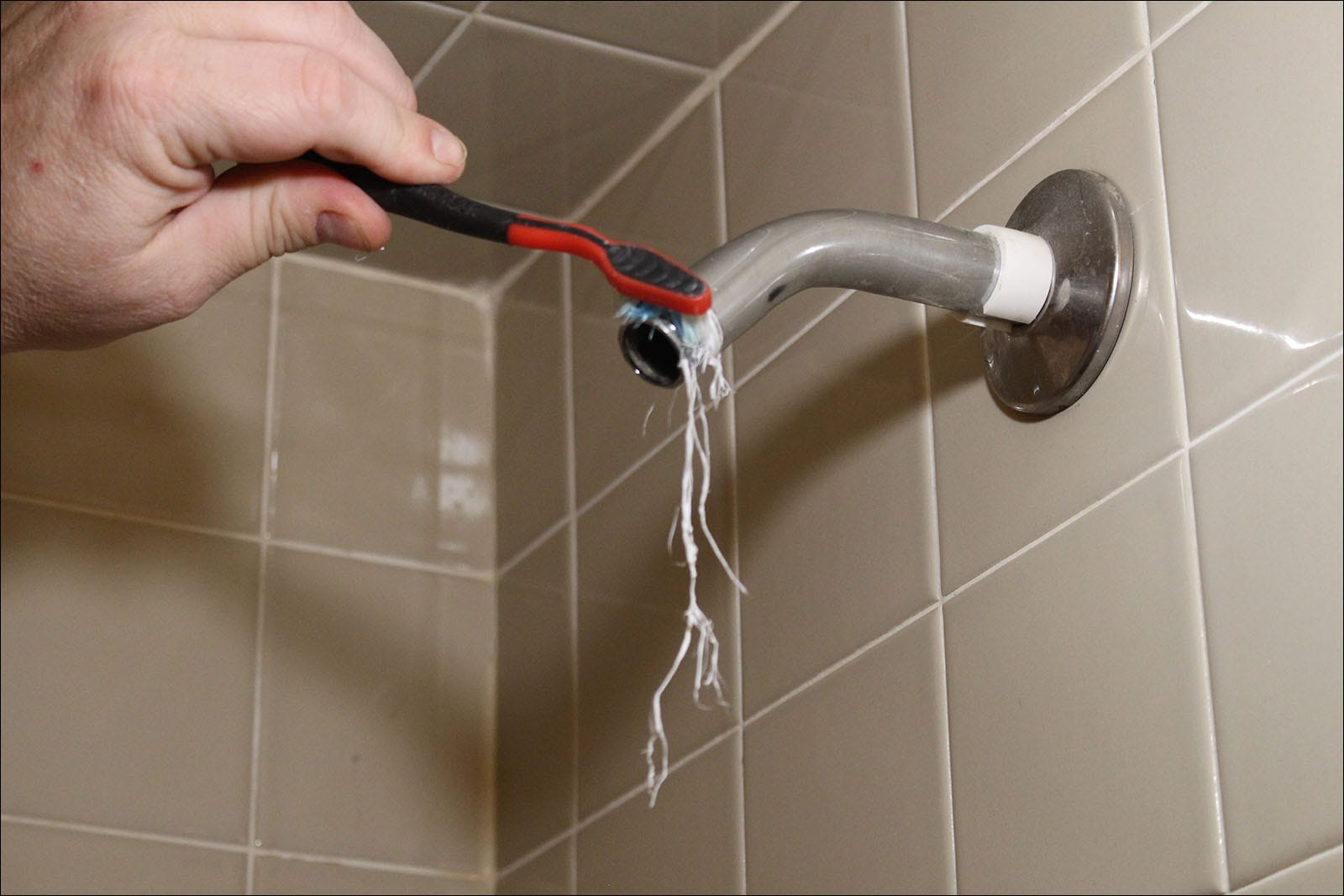 Next, use the toothbrush or wire brush to clean out any rust, debris, or old plumbing tape from the threads on the shower arm. It’s essential to do a thorough job here—any debris left behind can cause an inadequate seal with the new shower head. Take your time and get as much out as you can.

Thread tape (sometimes called “Teflon tape”) can help to provide a watertight seal on a shower head connection. You need to be careful, though. Many showerheads explicitly state in their instructions that you should not use the tape, and you should heed this advice. Using tape when it’s not recommended can actually cause leaks rather than preventing them.

If you do use thread tape, wrap it around the threads clockwise. Keep it tight, and go around two or three times. Also note: thread tape doesn’t have an adhesive side but it sticks to itself, so when you get started, use your finger to hold down the end and wrap it around. Once you wrap it over itself, you’ll get a good seal. Pull the tape tight to rip it, and finish wrapping up the threads, being careful to keep the tape as flat as possible. Bunched-up tape will affect your seal. 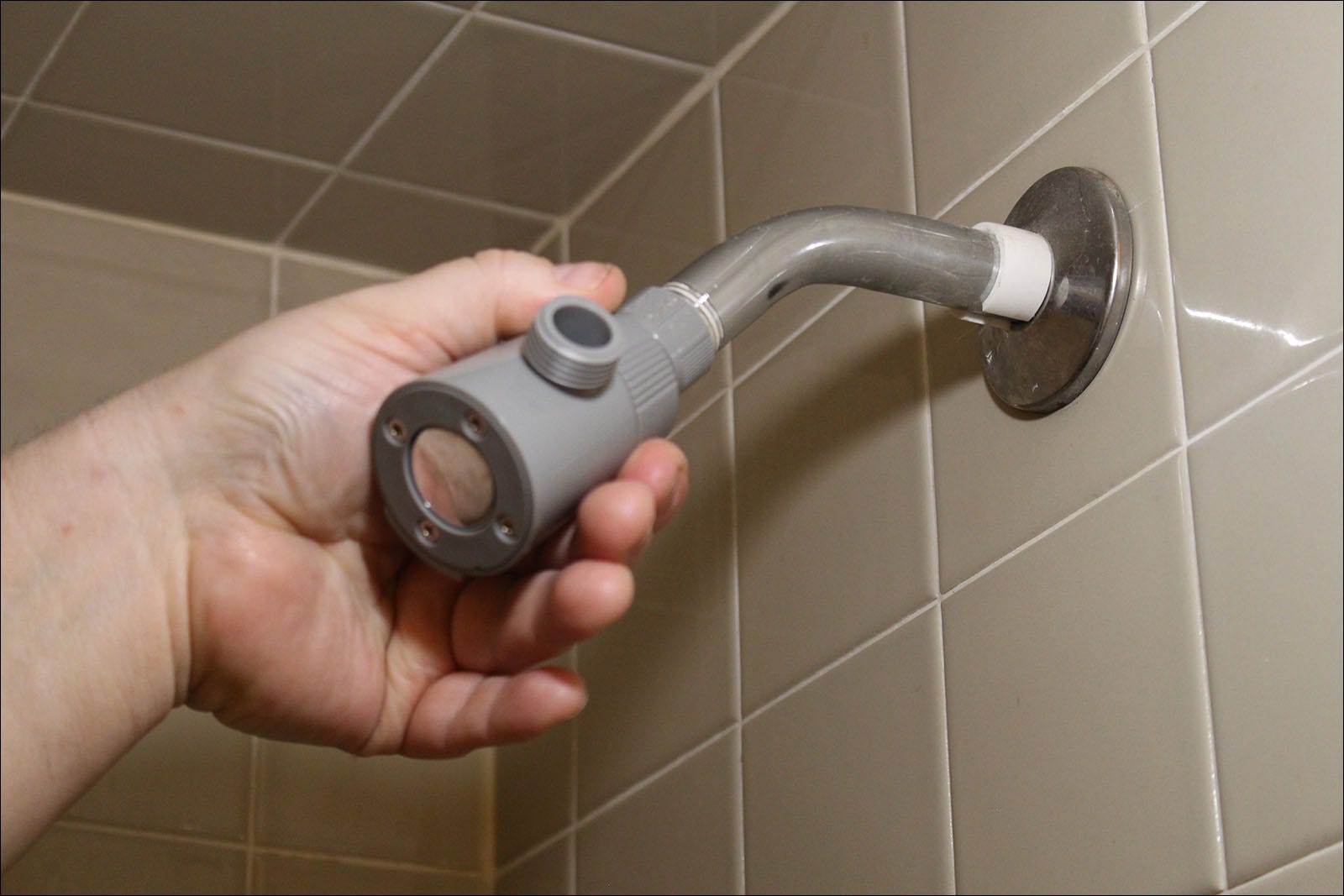 Once you’ve got things cleaned and prepped, go ahead and screw the new shower head in place. Tighten the shower head by hand until it’s snug. If there are any other parts to connect (like a detachable nozzle and hose), now is the time. Your shower head will include instructions on what to attach and where.

Once you’re done, test the shower. If there are any leaks, try to identify the source of the leak.  Some shower heads will have multiple connections from the attachment, so it might be hard to pin down. Once you have identified where the leak is coming from, use the rags, pliers, and crescent wrench again to give the loose connection a quarter turn clockwise.

Important: When it comes to plumbing, you want to be careful not to over tighten. It sounds counterintuitive, but that can lead to a worse connection overall. Make it snug, and add a quarter turn if necessary. Also, be sure to brace the shower arm when tightening or loosening the shower head. One wrong turn could lead to a broken seal inside the wall, and that’s a whole other article.

Installing a new showerhead is one of the most straightforward plumbing projects you can take on yourself, so get to it and enjoy a nice hot shower when you’re done!

READ NEXT
Adam Doud Adam is a full time writer/blogger/videographer/podcaster. By day he hosts the podcast and the podcast. By night, he creates content for multiple sites including Android Authority, DGiT, LifeSavvy, Booredatwork, Reviewed, and more. Read Full Bio »
Recently Popular
LifeSavvy is focused on a single goal: helping you make the most informed purchases possible. Want to know more? 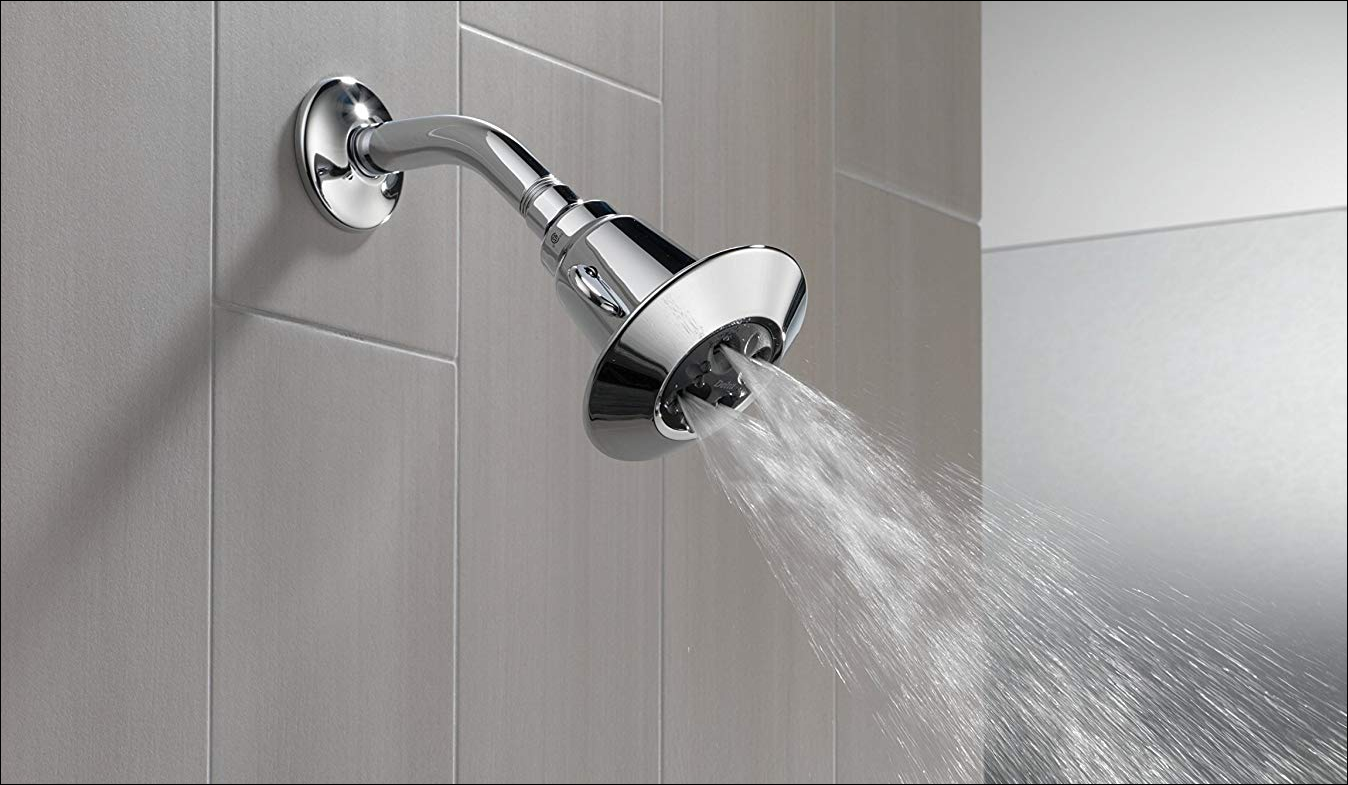