For decades, men and women have purchased different razors, displayed in aggressively masculine or feminine packages. But in recent years, razor startups have challenged this shaving status quo. Is there a difference between the two, or are unisex razors the way of the future?

Many women’s razors cost more than the equivalent men’s razors from the same brand. If there’s no difference, women stand to save money, and everyone can make razor shopping a little bit simpler. But if they are different, maybe those higher prices are worth it.

First, let’s break down the areas where men’s and women’s razors differ. Then we’ll be able to see if those distinctions are meaningful, or just marketing.

The most telltale sign of a men’s or women’s razor is the color. Women’s razors nearly always appear in feminine colors, such as pink, purple, or a range of pastels.

Men’s razors come in traditionally masculine shades like blue, black, or silver. If you wanted a men’s razor in pink, you’d be hard-pressed to find one.

The color of the razor has no impact on the effectiveness of the razor (although as we move through the other features you’ll find that the color-coding is firm enough that color will often indirectly correspond to features).

While anyone can shave any body part with any razor, people tend to use razors in gendered ways. When women shave, they’re often navigating different parts of the body than men are. The approach a man uses to shave his face may not work as well on a woman’s underarms or legs.

Razor heads take that into account. On a woman’s razor, you’ll find a more rounded head, which can easily navigate contours like an armpit or the back of a knee. The square heads of men’s razors are better suited to the shape of the face.

This aspect of the razor definitely impacts performance. A wide paddle-like head with a ring of moisturizing compound might be just perfect for shaving your legs, but a complete pain to use to shave facial hair on account of how unwieldy the larger head is.

Men’s and women’s razors generally have the same kinds of blades, and you can find similar numbers of blades in each razor type. However, the blades have different angles.

Men’s razor blades have a greater angle, so they’re better-positioned to cut through dense facial hair. Women’s razors don’t need the same angle to get through softer body hair. In fact, the blade exposure of a men’s razor can lead to more cuts if a woman uses it on her body.

The blades on women’s razors also get dull faster, since they use them to shaving much larger areas. This means that in addition to paying more for razors, women need to replace their razors or blades more often.

Women’s razor handles have a rounded shape that’s easy to grip from all angles. Women need to change the position of their razor grip more often to reach different body parts. A man doesn’t need to grip his razor in as many positions if he’s just shaving his face.

In addition to differences in the grip of the handle, the handle curvature, or arc, is also typically different on men’s and women’s razors.

When women shave areas like their legs, bikini, and armpits, it’s important that they can see what they’re doing without their hand or the body of the razor getting in the way. Women’s razors usually have a bigger arc so the head of the razor won’t block their view.

Men’s razors have a flatter shape, usually with zero arc to the handle because the way you hold the razor when shaving your face while looking in the mirror doesn’t require it.

This lubrication can come in different forms, like bars of shave lotion that sit around the head like a donut or gel strips around the blades.

These features help protect from cuts when shaving around the contours of the ankles, knees, and other sensitive areas. The lubricating strips are a useful feature, but typically the razor outlasts the strip so they are only good for the first shaves.

Which Razors Should You Buy?

Most of the differences between men’s and women’s razors have a specific purpose. The only thing that’s purely marketing is the color. Of course, in addition to the different designs, women’s razors also come at a higher price point.

Whether that added cost is worth it or not depends on the individual. Many women will find that men’s razors aren’t as comfortable or effective to shave with. Lots of men will find that women’s razors can’t chop through their dense facial hair or the shape of the razor makes it difficult to use. However, there’s no reason not to try the other side to see what you think.

Some niche brands also offer an alternative: unisex disposable razors. Another universal choice, the non-disposable safety razor, is currently experiencing a resurgence in popularity. If you aren’t pleased with either gendered option, you might try one of these razor styles to get the best of both worlds. 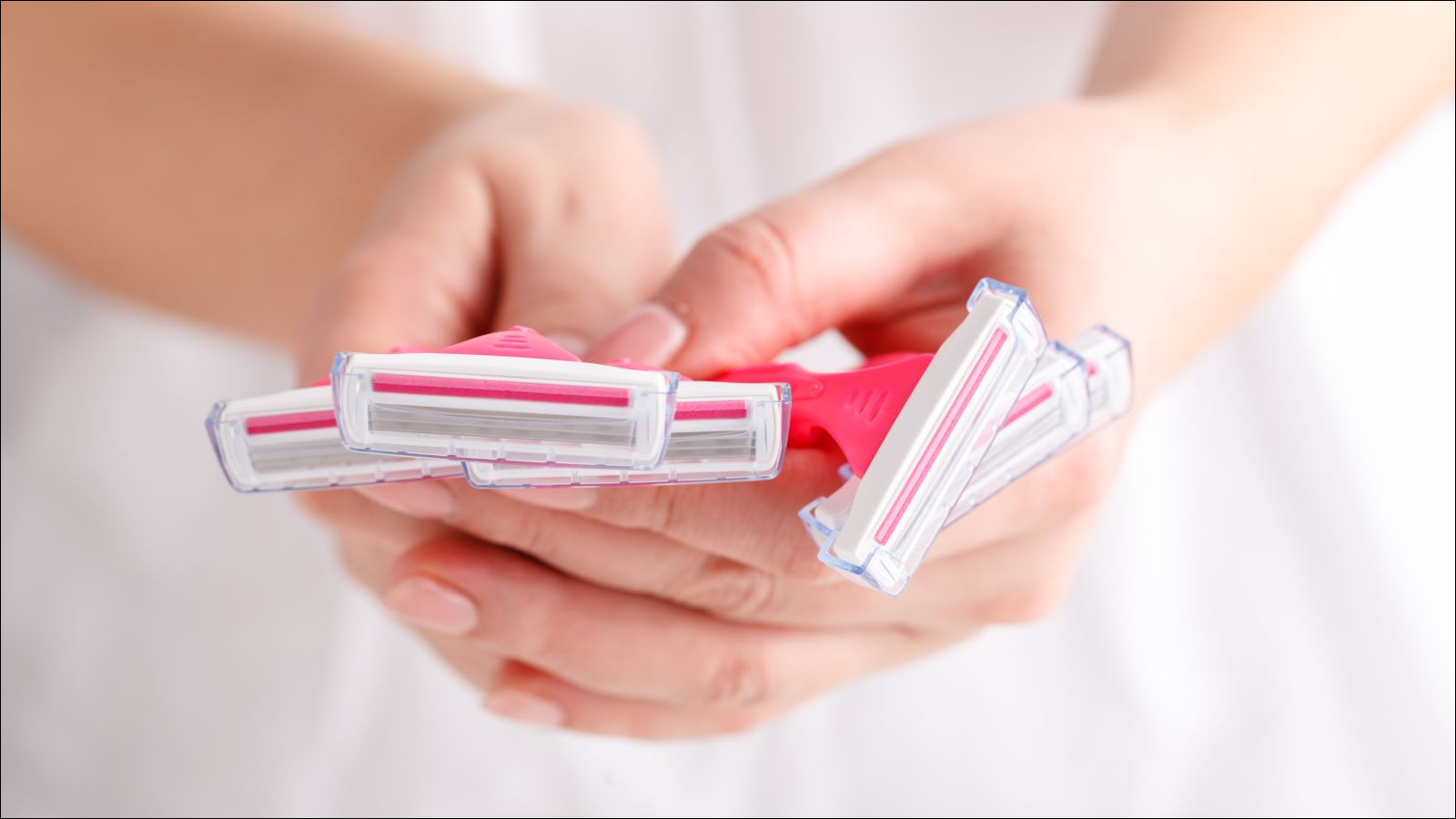