In the U.S., St. Patrick’s Day might appear to be all about green beer, big parades, and shots of Jameson. However, the U.S. interpretation of this holiday is a pretty far cry from its original vibe. Here’s what it’s really all about.

Even those unfamiliar with the history of the holiday might know that St. Patrick’s Day commemorates the death of the patron saint of Ireland, St. Patrick. The true story of St. Patrick’s life is pretty amazing, and the legends that sprang up about him after his death are even more so. But until fairly recently, St. Patrick’s Day in Ireland was actually a solemn occasion. Celebrations in the U.S. helped turn it into the raucous party we know today.

How did this transition happen? Let’s take a look at the full history of a holiday that’s about more than just partying.

The Life of St. Patrick

Patrick was born in Great Britain near the end of the 4th century, during a period of Roman rule. That’s right—St. Patrick wasn’t actually Irish. For that matter, his family wasn’t particularly religious, either. They were wealthy, though, which might explain why Patrick was kidnapped by Irish raiders when he was 16 years old.

They took him to Ireland and kept him there in slavery and near-isolation, working as a shepherd, for six years. The solitude and fear during this time caused Patrick to turn to Christianity for comfort.

He wrote that, in a dream, he heard God’s voice telling him he must leave Ireland. Patrick successfully escaped and walked almost 200 miles, reached the coast, and made his way back to Great Britain. This good fortune seems to be where the link between St. Patrick’s Day and luck comes from.

In Great Britain, he had a second vivid dream, in which an angel told him to return to Ireland and bring Christianity to the people. Before setting off on this mission, Patrick spent over 15 years studying religion. Finally, as an ordained priest, he returned to Ireland.

He had more success converting people to Christianity than others might have because he did so without abandoning the Irish Pagan traditions. For example, he created the Celtic cross by combining the sun, an Irish cultural symbol, with the Christian cross. Choices like this made the conversion to Christianity easier for many Pagan Irish people.

Technically, St. Patrick isn’t a saint because the Catholic Church didn’t officially canonize saints in the time during which he lived. However, Patrick became a saint over time simply by popular appeal, and eventually became the patron saint of Ireland.

By the time of his death, Patrick had founded Christian churches, schools, and monasteries. And with his widespread fame came legend. Tall tales claimed he used the three leaves of the shamrock to explain the Holy Trinity, and that he drove the snakes out of Ireland.

In actuality, Ireland never had snakes to begin with.

In 1631, the Church officially started to celebrate St. Patrick’s Day on March 17, because that’s the day St. Patrick is believed to have died. However, the Irish people had celebrated this day for several centuries prior. It wasn’t a day for wild partying at first: feasts and religious ceremonies commemorated the holiday, instead.

However, over time, the holiday became wilder. Since St. Patrick’s Day falls during Lent, many people started to seize the opportunity to live large for a day during this period of fasting and abstinence.

In part, this shift toward fun and revelry came from Irish immigrants in the U.S., who wanted to celebrate and share their culture. In 1762, they held the first St. Patrick’s Day parade in New York.

The people in Ireland helped shape the future of the holiday, too. During the Irish Rebellion of 1798, for example, the Irish fighters wore green to oppose the red-clad British. The color soon became associated with St. Patrick’s Day and Ireland, in general. Prior to that, blue had been the color of St. Patrick.

These days, it’s not uncommon to celebrate St. Patrick’s Day with a parade and a visit to the pub, both in Ireland and the U.S. The St. Patrick’s Day Parade in New York is one of the world’s oldest and largest civilian parades. Chicago also hosts a significant St. Patrick’s Day parade that is commemorated by dyeing the Chicago River green each year.

RELATEDMore Than Booze and Beads: The History of Mardi Gras

Just like Mardi Gras, the connection between St. Patrick’s Day and Lent has helped the holiday catch on around the world. The chance to take a break for some feasting and revelry has widespread appeal. Many people who aren’t religious (or Irish) take part in St. Patrick’s Day celebrations.

Although the Irish have had to dismantle the stereotypes fueled by St. Patrick’s Day, it’s also an opportunity to celebrate their heritage and culture.

So, if you want to make the holiday a bit more meaningful this year, read up on Irish history and traditions—it’ll make you appreciate St. Patrick’s Day even more. 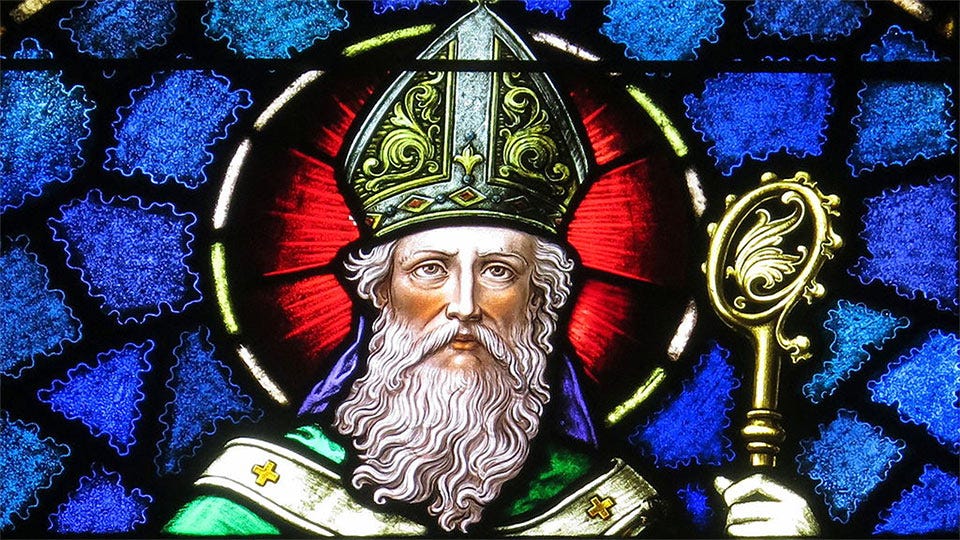