The year 2020 comes with a leap day. For most, it’s just an extra day on the calendar. For women, it’s a great opportunity—at least according to an old tradition. If you can’t wait any longer for a proposal, this is your chance!

First of All, What’s a Leap Year?

Just like the Olympics, leap years happen every four years, and the only thing different about them is the extra day in the second calendar month, February 29. The reason for its existence is that the Earth takes approximately 365.25 days to orbit the Sun, instead of the 365 that are in the calendar. Thus, every four years, we count an extra day to make up the difference. Leap years were introduced by Julius Caesar, and the first one took effect on January 1, 45 BCE.

Understanding how the leap year (and the leap day that occurs during it) is not only an anomaly but a corrective anomaly sets the stage for looking at leap traditions.

What’s with the Tradition of Women Proposing on Leap Day?

Fast-forward a number of centuries and a series of traditions related to leap years began to take shape. One of the most popular ones is that of women proposing marriage to their partner on February 29, also known as Bachelor’s Day. We can’t be sure of the origins of this tradition, but there are plenty of theories to entertain ourselves with.

Many believe it started in 5th-century Ireland when St. Brigid of Kildare complained to St. Patrick that single women were tired of waiting for their shy suitors to pop the question. He then decided to give women the opportunity to get on one knee and propose to their men—but only once every four years. Because it was a leap day, legend says St. Brigid took a chance right away and asked St. Patrick to marry her. Unfortunately, he turned her down but offered a kiss and a silk gown to make up for it. Heartbreaks sure had their benefits back then.

However, historians can’t confirm the validity of this story. In fact, according to records, St. Brigid would have been about 10 years old when all this took place, making the whole tale unlikely and quite odd, to say the least.

Another theory suggests it was an unmarried Queen Margaret who gave women the right to propose marriage in Scotland in 1288. Not only did the law give women the chance to take matters into their own hands, but it also involved a fine to be paid by any man who declined a proposal. It was either a kiss, a silk gown, or a pair of gloves—the latter meant to hide the shameful absence of an engagement ring on the woman’s finger.

But, alas, there’s no strong historical evidence for that theory either. In fact, the strongest theory is a lot less dramatic. The general consensus is that the idea of women proposing on the leap day was simply an extension of the oddness of the day itself. If the normal way of doing things was men asking women, and the normal type of year didn’t have an extra day, then why not use the extra day to upend a tradition or two?

Although it never turned into a law, women have come a long way since those far away restrictive days. Nowadays, women can choose to propose to their partners whenever they feel ready, regardless of the day or year. The only downside, perhaps, is that men are no longer expected to make up for the disappointment of their refusal with nice presents. Alas, no silk gowns or gloves upon rejection.

And if you’re looking for a little bit of famous inspiration to reverse the traditional arrangement, consider the following women. While they didn’t propose on the actual leap day, British monarch Queen Victoria, movie star Elizabeth Taylor, fashion designer Diane Von Furstenberg, and pop singer Pink all proposed instead of waiting for a proposal.

So, if you’ve been hoping to see your partner drop on one knee and pop the question, wait no longer: Make St. Brigid proud and ask your special one to marry you. Good luck! 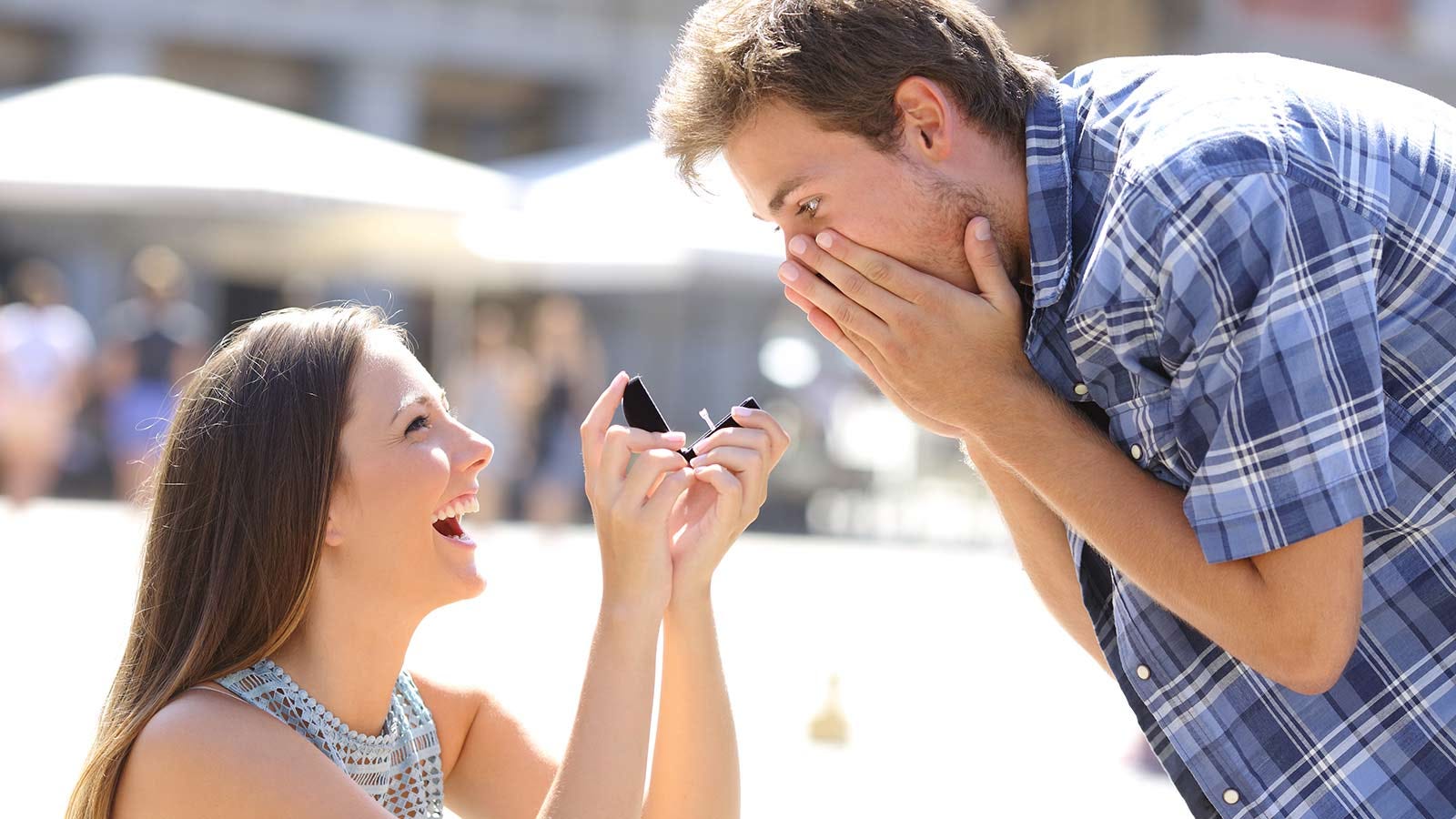