When March rolls around, lots of folks scurry to the supermarket to grab their yearly dose of corned beef for St. Patrick’s Day. This year, though, why not try out one of Ireland’s authentic, traditional meals instead?

Despite what you’ve likely thought your whole life, corned beef and cabbage isn’t technically an Irish dish, although the Irish did inspire the idea.

So, if you’re looking for a good, authentically Irish meal to prepare this St. Patrick’s Day, you’re in luck! We’ve got a few supper recipes, and some delicious sides for you.

Irish stew is a flavorful, hearty dish that genuinely reflects the history of the Emerald Isle. Before the great famine of 1845, Irish people primarily grew potatoes, which is one of the main ingredients in this delicious meal.

While pork was prevalent and especially cheap for peasants, sheep were also commonly raised on farms for their wool, milk, cheese, and meat. It only made sense to create a one-pot meal consisting of these readily available (and cheap) ingredients.

At that time, an authentic stew included potatoes, lamb (or mutton), and onion. Today, though, carrots, leeks, and cabbage are added to the pot for some extra flavor.

This authentic stew is sure to help you enjoy your celebration of the Irish even more this year!

Get the Recipe: Real Food Tesco

Another recipe that highlights the prominence of potatoes in Irish culture, boxty truly displays the significance of this hearty ingredient. In the 1700s, potatoes were cheap, filling, and, as a result, often eaten by peasants.

Traditionally, boxty was made of potatoes, milk, and flour. Today’s recipes, though, are a bit tastier because they’ve been enhanced with new ingredients.

Enjoy making (and eating) these delicious little potato pancakes! Serve them with the Irish bacon and cabbage below to really impress.

Get the Recipe: Christina’s Cucina

As we mentioned above, corned beef and cabbage was inspired by people from the Emerald Isle. In fact, it was bacon and cabbage (or bacon and potatoes) that re-created the iconic American St. Patrick’s Day meal.

Pork was much cheaper and widely consumed. However, because there was no safe way of storing it, people brined and preserved it with salt, much like corned beef.

Irish bacon is very different from the bacon you’re used to; it’s actually more similar to ham. Try this yummy meal with a side of colcannon, and don’t forget the butter!

Get the Recipe: Food52

Let’s continue the potato pattern, and tell you a bit about one of Ireland’s most delicious comfort foods. To make colcannon, you cook some potatoes with cabbage, kale, or leeks (for flavor), and then mash it all together in a buttery delight.

Leeks (much like cabbage and potatoes) were eaten a lot in Ireland during the 17th and 18th centuries. So, it makes sense this dish also made its way into the hearts of Americans later on.

Top your colcannon with a generous pat of butter and watch as it melts over this mountainous pile of deliciousness.

Get the Recipe: Boulder Locavore

In 1700s Ireland, any foods on hand (including leftovers) were thrown into the pot and slowly cooked for hours, and thus, coddle was born. This was a great way to use up any extra or leftover pork or mutton by Thursday, as eating meat on Friday was forbidden for devout Catholics.

Many people still love making this hearty meal. They’ll start it early in the morning, and enjoy the married flavors later that night.

Soda bread consists of flour, salt, and soured milk because those ingredients were usually readily available centuries ago in Ireland. Out of necessity, peasants made this hearty bread to fill hungry bellies with little money.

Enjoy this authentic bread with any of the meals above, and celebrate St. Paddy’s Day like an Irish native!

Get the Recipe: Food.

We’ll finish things off with an authentic Irish dish loved by many the world over. To make traditional shepherd’s pie, you use lamb or mutton; you make cottage pie with ground beef.

Typically, you simmer minced meat in gravy and onions. Peas, carrots, and celery are also used often. Enjoy this comforting, warm meal, and try it with mutton!

Get the Recipe: Culinary Ginger

Whether you celebrate St. Patrick’s Day by dressing in green and marching down the city streets, or by staying in and enjoying an authentic, Irish meal, just be sure to have fun! Stay safe, and enjoy this lucky Holiday. 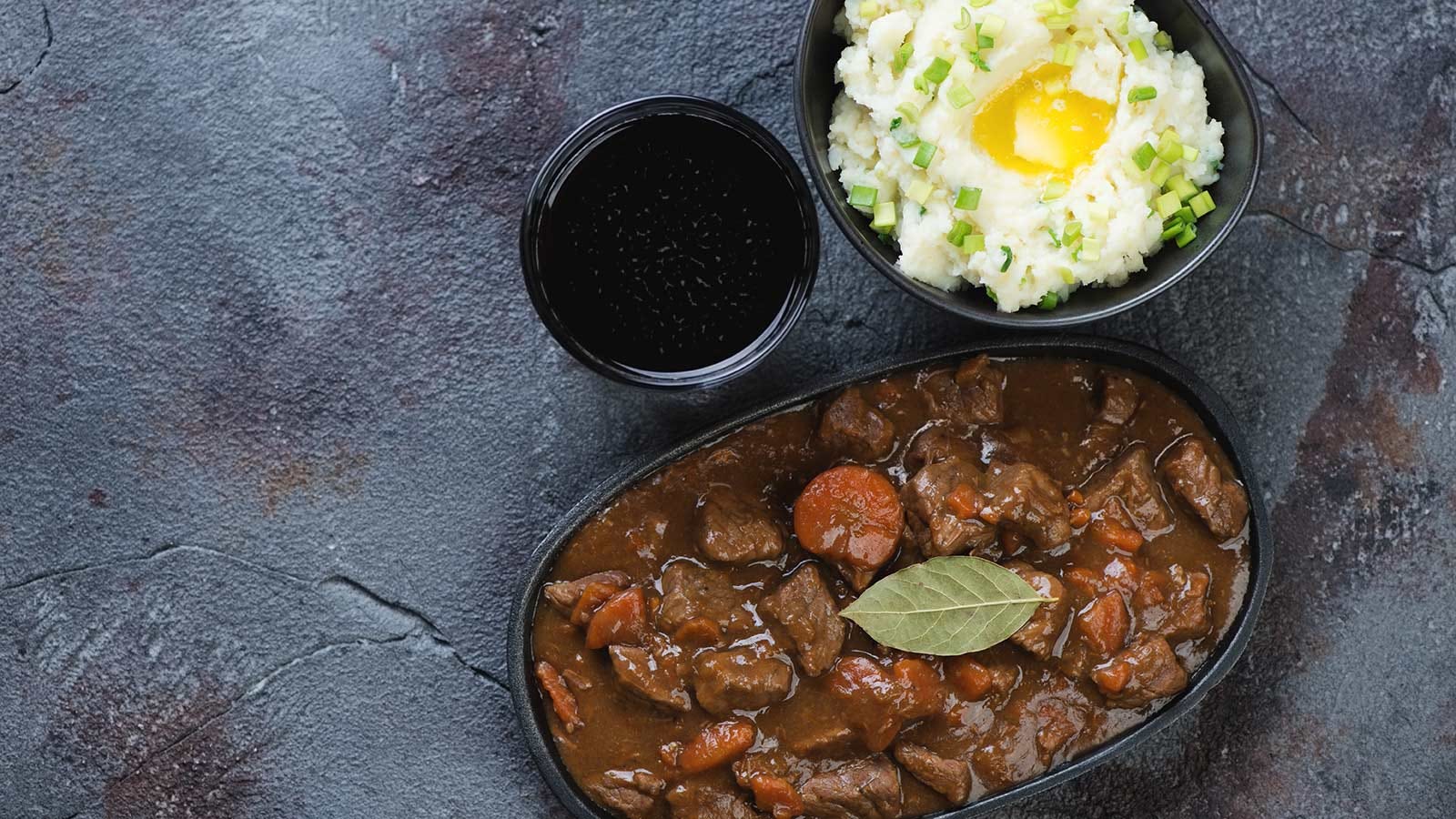