Every March 8, people around the world celebrate International Women’s Day. In Italy, it’s customary to give mimosa flowers to the women in your life, and here’s why.

The first La Festa della Donna in Italy was observed in 1922. However, it wasn’t until 1946 that it was awarded its fluffy yellow symbol: the mimosa flower or silver wattle.

Although historians aren’t exactly certain about the origin of this, many agree with one version of the story. It seems most likely Teresa Mattei, a politician, and national director of the Italian Women’s Union, was the first to introduce the flower as an emblem of women’s strength, sensibility, and sensitivity.

Prior to that, the French had designated violets and lilies of the valley as their symbol. Mattei, however, felt those weren’t particularly convenient for Italians due to their scarcity and high cost. She chose the mimosa because it’s a common plant throughout Italy, and one of very few that blooms before spring.

So, not only did it represent the time of the year, but also what the women’s movement was all about: creating an environment in which women could thrive naturally with prosperity. Perhaps even more significant is the fact that, despite its frail, delicate appearance, the mimosa is actually a very resilient plant. It requires very little maintenance and can even survive droughts—quite symbolic of a strong, independent woman.

To this day, every March 8, cities across Italy are painted in yellow in recognition of women and their contribution to society. Men give mimosas to the women in their lives, and women gift them to other women. Obviously, florists profit from this, which has sparked some feminist groups to disagree with the celebration. They believe it’s become too commercial and no longer upholds the political ideology it initially represented. For others, the act of giving women flowers also perpetuates a stereotype.

Known for their culinary skills and love of food, Italians also celebrate the day with traditional delicacies. Popular dishes include: tagliatelle mimosa (with scrambled eggs on top), linguine mimosa (with curry to get the yellow tint), and mimosa eggs (think of deviled eggs). There’s even a mimosa cake (torta mimosa) made of sugar, orange juice, orange liqueur, and whipped cream. Who could you say no to all of that?

If you ever find yourself in Italy on March 8, you’ll now know why there are so many yellow fluffy flowers everywhere. And if you feel like taking part in the tradition, don’t be shy! Get your hands on some yellow bouquets and hand them out to the women you admire and appreciate. The gesture will be much appreciated. 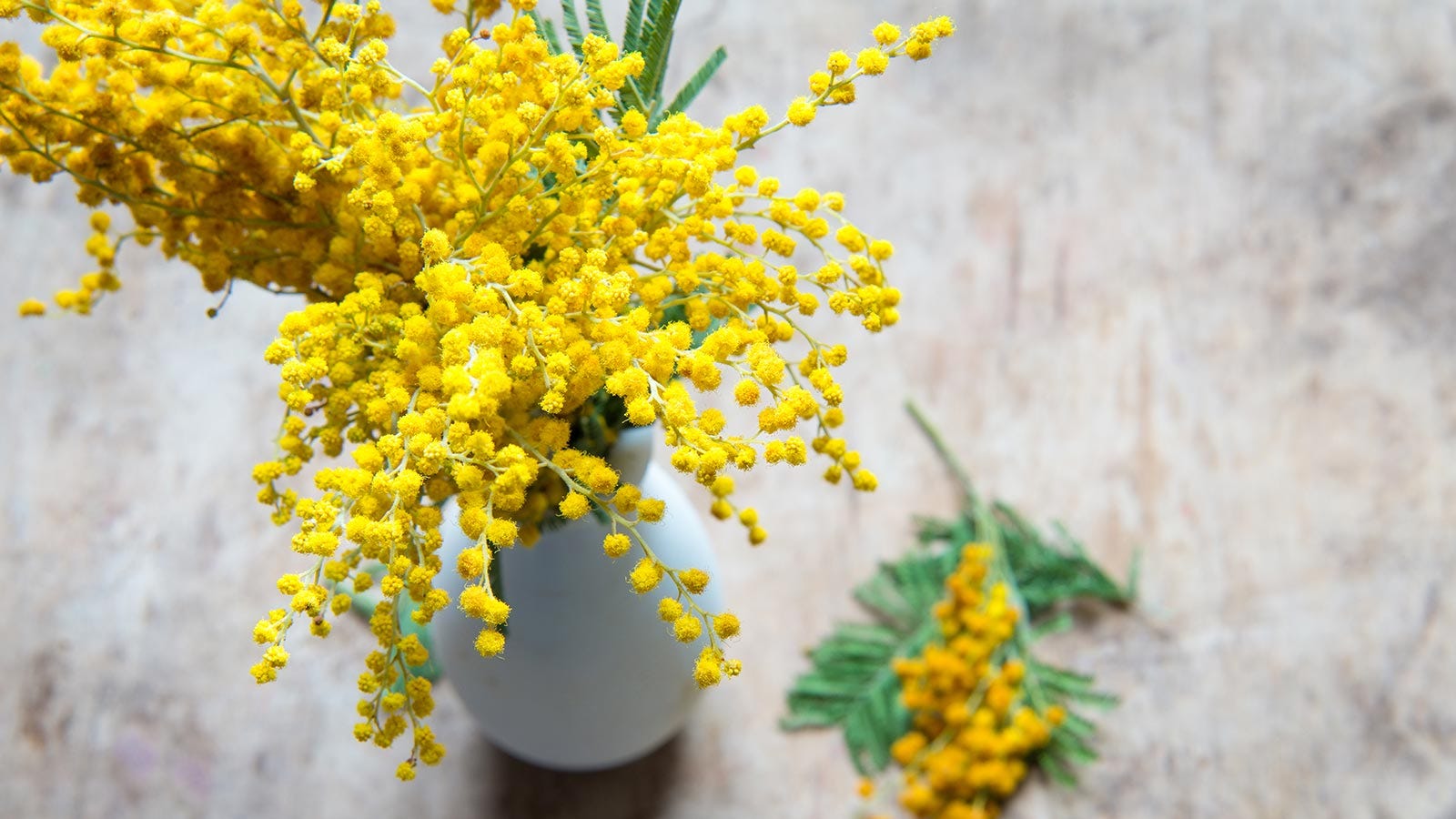