From the green Chicago River to sparkly shamrock decorations, you’re probably already familiar with how St. Patrick’s Day is celebrated in the United States. However, while Irish-Americans made this holiday a huge deal stateside, it’s celebrated worldwide in some very different and interesting ways.

Whether you’re looking to put something on your travel bucket list or just curious, it’s fun to learn how different countries celebrate holidays in their own unique ways. Just as Irish folks and their culture have traveled far and wide, so has St. Patrick’s Day. Here are some of the most interesting global traditions that take place every year on March 17.

Montserrat is an island in the British West Indies also known as the Emerald Isle of the Caribbean. It’s also one of the only places in which St. Patrick’s Day is a public holiday.

In fact, the Irish influence on the island is so strong that its official passport stamp is a green shamrock. The Irish started arriving on the island in the 1600s. Today, St. Patrick’s Day is celebrated there with a 10-day festival.

However, Irish colonizers actually aren’t the main reason for Montserrat’s St. Patrick’s Day celebration. On March 17, 1768, African slaves on Montserrat uprose in an attempt to overthrow their Irish slaveowners.

One of the largest Irish communities in the world lives in Buenos Aires, Argentina, so naturally, the country has become quite the hotspot for St. Patrick’s Day celebrations.

The holiday is celebrated with a massive open-air festival and parade. Local bars and restaurants take part in the celebration with special Irish menus, discounts for people wearing green, and DJ’ed dance parties. In fact, the day’s celebrations might feel a lot like those in the U.S., except, of course, everyone is speaking and singing in Spanish.

Plus, Singapore has no shortage of Irish pubs in which the celebrations can continue well into the night (or the next morning).

In Japan, you’ll find at least 15 different annual St. Patrick’s Day parades and festivals, with the biggest, like the I Love Ireland Festival, taking place in Tokyo.

Although Tokyo’s St. Patrick’s Day Parade has only been around since 1992, tens of thousands of people attend it each year. Ireland and Japan don’t have many historic ties between them, but this holiday’s traditions didn’t take long to catch on.

Australia, and Sydney, in particular, put on a huge St. Patrick’s Day show. For example, the Sydney Opera House is lit up with green lights every year for the holiday. Many people also flock to the traditional open-air Paddy’s Markets, which have operated in Sydney since the 1870s.

The large celebration has its roots with the Irish immigrants and convicts who were sent to Australia as punishment. In fact, Australia is known as the most Irish country in the world except for the motherland itself.

Most major Canadian cities have a St. Patrick’s Day celebration of some sort. As it’s one of the most European cities in North America, it should come as no surprise that Montreal is home to one of the largest.

Thanks to the large Irish community in Montreal, the city’s St. Patrick’s Day parade is one of North America’s largest and oldest—it’s been going strong for nearly 200 years.

Surprisingly, St. Patrick’s Day’s rep as one big raucous party is more of a U.S. tradition than an Irish one. Historically, the religious holiday was celebrated in a fairly demure way in Ireland, with folks attending church and feasting.

RELATEDDunkin's Got a New St. Paddy's Day Drink for Spring

Over the years, however, the traditions observed in the U.S. have actually started to influence how the holiday is celebrated in the motherland.

Today, you’ll see St. Patrick’s Day parades and festivals in most major Irish cities, especially Dublin, but also in Cork, Limerick, Killarney, and Galway. Previously, all of Ireland’s pubs were closed by law on the holiday, but these days, many serve up drinks well into the night of March 17.

However, the locals do tend to avoid the crowds on this holiday, so if you’re spending St. Paddy’s Day in the home country, expect to be surrounded mostly by other tourists.

St. Patrick’s Day celebrations aren’t limited to the U.S. and Ireland. In fact, folks are going to be wearing green, watching parades, and enjoying some corned beef and cabbage all over the world. So, whether you’re in Tokyo or Montreal this March 17, grab a pint of green Guinness and see if you can’t find yourself a four-leaf clover. 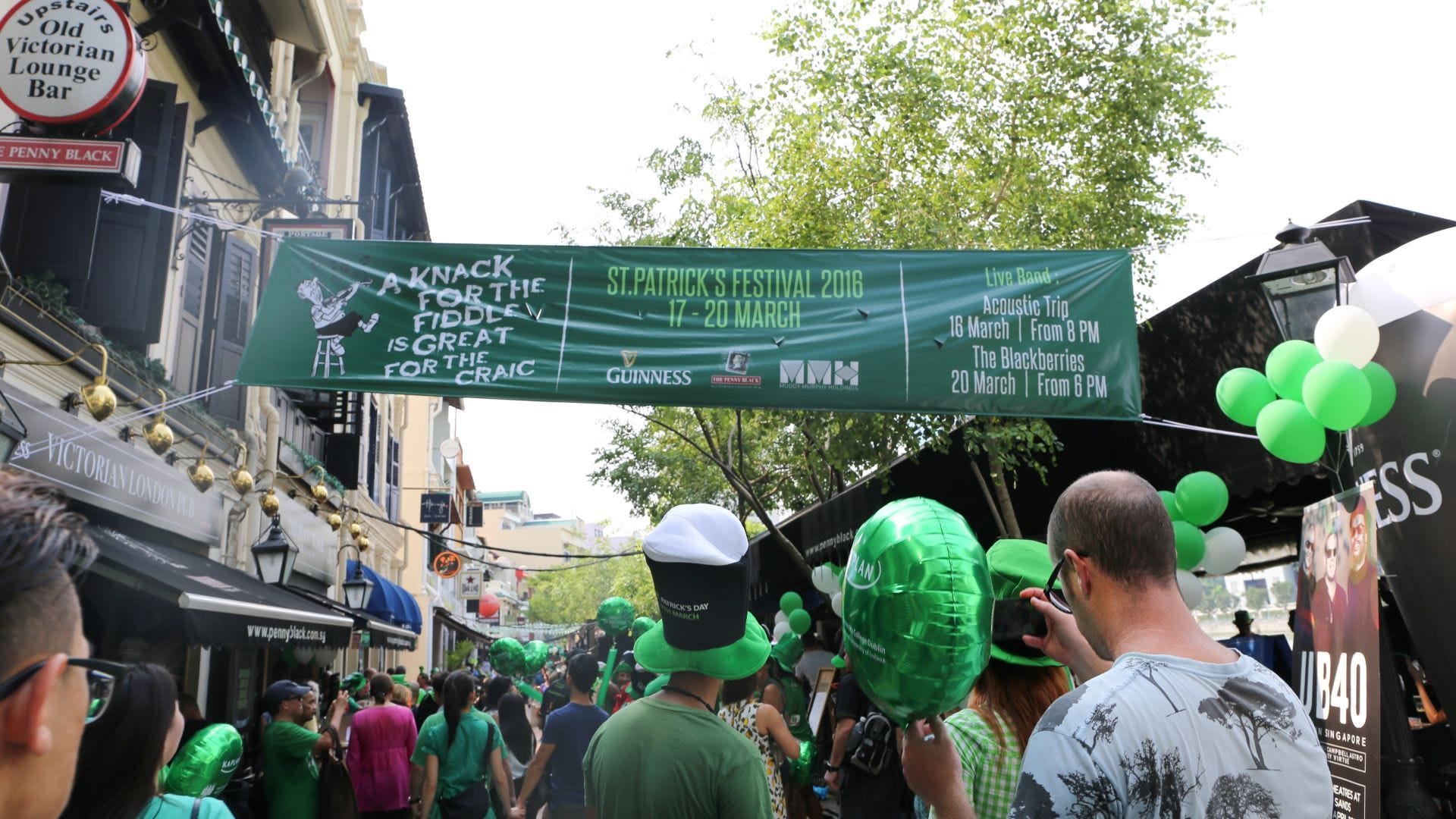