Although you’re probably plenty used to celebrating the new year each January 1, there’s actually no particular reason for that to be New Year’s Day.

From the perspective of shifting seasons and celestial events, there’s nothing very special about January 1 (although it does fall fairly close to the solstice). So, although we traditionally make New Year’s resolutions on that date, it’s not necessarily the best day for a fresh start.

As you reflect on your resolutions for this year, you might find they’ve fallen by the wayside over the past few months. But fear not—New Year’s isn’t the only time you can make a resolution! Here’s why you should make resolutions at any time of the year—and how to make ones that will stick.

When Is the Best Time for Resolutions?

We can thank Julius Caesar for giving us the modern New Year’s Day. While in power, Caesar decided to reform the Roman calendar, swapping the existing lunar-based calendar for a solar one. However, there wasn’t any particularly meaningful reason for him to start his new calendar in the middle of winter—it’s just kind of how his plan worked out. (That said, some sources do suggest he might have chosen January for New Year’s because it was named for Janus, the dual-faced Roman god of doors and gates.)

Many centuries later, the calendar still switches over every January 1. But for you, there might be a different time of year that feels more like a time of change.

For example, the arrival of spring marks a sort of “new year,” with new plants growing and new animals being born. Late August or early September can also have a new-year feel, since it’s when the new school year begins. Plus, let’s be real: It’s kind of hard to stick to difficult resolutions when you’re also navigating the cold and gray that usually marks winter in the Northern Hemisphere. Why not resolve to make changes at a time when the weather is a little more optimistic?

Your birthday, of course, is another chance for a personal New Year’s celebration. But there might be another time of year or specific date that resonates even more with you as a time of change. It could be the date of a major event in your life, for example.

In short, the best time of year for a resolution isn’t New Year’s: It’s any time of the year that feels like the right time. You can make resolutions as often as you want or need to in a calendar year. The changing of seasons makes an excellent time for resolutions, but so does any date that feels right.

Making Resolutions You Can Keep

When you make your resolutions at a different time of the year, you can use the timing to sync with your goals and increase your chances of success.

With resolutions you can set at any time, you alleviate the pressure to set massive annual goals. Instead, think about setting smaller resolutions that are easier to complete. Starting with a small, almost-too-easy resolution will give you momentum. You’ll get an esteem boost each time you meet one of your smaller goals, and you can use this positive “snowball effect” to carry you through bigger, more challenging resolutions later on.

To get better results, try setting resolutions in the season you’re most likely to accomplish them. For example, you could make a “get outside more” resolution on the first day of summer. This lets you forge the new habit while it’s easy. By the time fall’s colder weather arrives, you’ll be so used to getting outside that it won’t be too hard to keep it up.

Finally, more times to make resolutions also means more chances to celebrate your successes! Celebrations and self-rewards always make it easier to keep going. Instead of waiting for December 31 to reward yourself for meeting your goals, you can set as many celebration dates as you want. Again, go with dates that feel significant to you, and ignore what the calendar actually says.

Everyone tackles goals and change differently, but we pretty much all have one thing in common: the struggle of sticking to New Year’s resolutions. According to one study, just 19 percent of people are able to keep up their resolutions for two full years. The issue might not be you, though—it might be the timing. So this year, give anytime resolutions a try and see what happens. A season of renewal, spring might be the perfect time to start, so why not set a few new goals now? 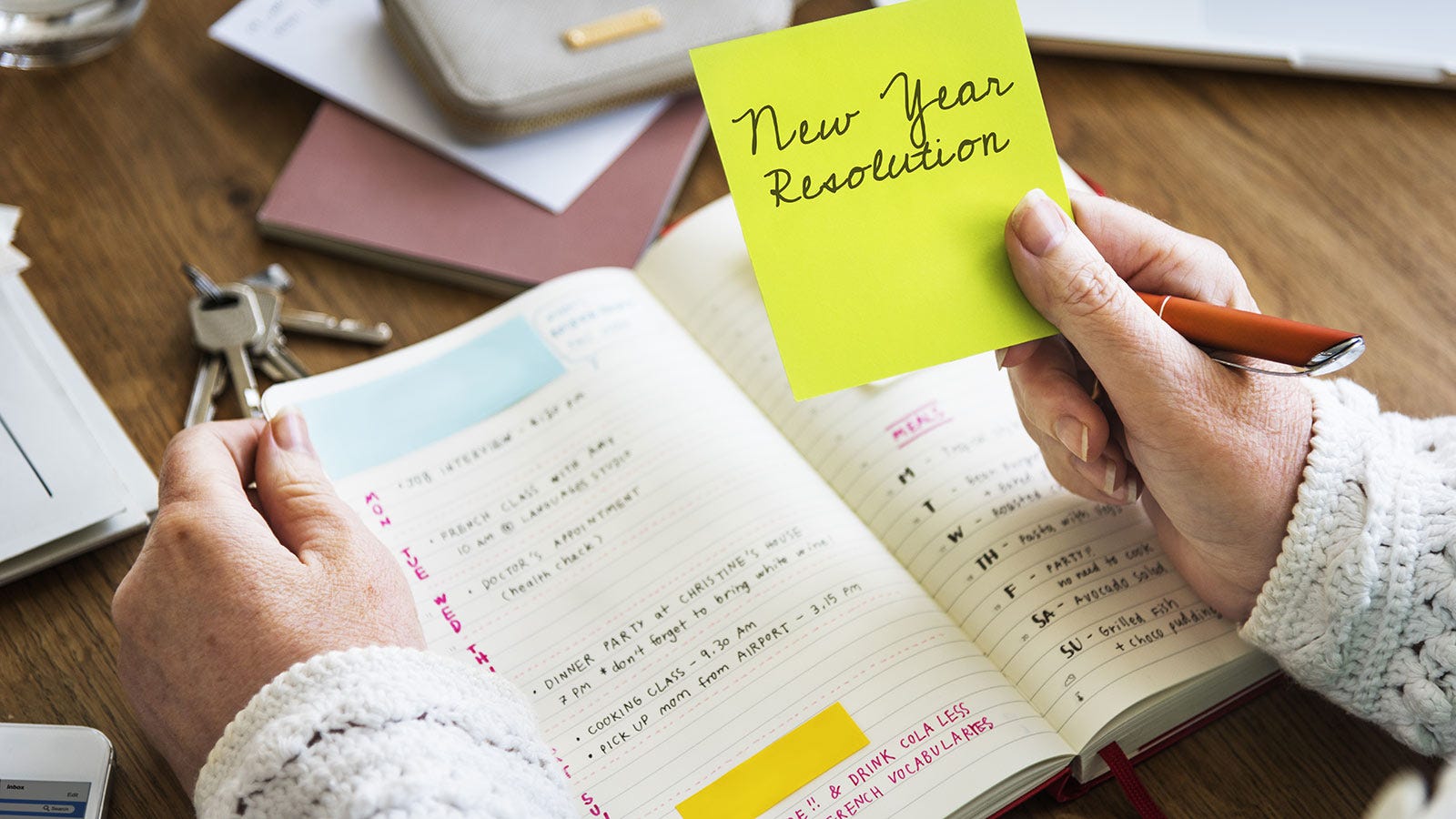