Is there a better time to watch movies about a killer leprechaun than St. Patrick’s Day? I watched all of the Leprechaun movies (yes, all eight of them) in four days. It was a long, strange trip, but I took it for you.

If you’re a horror fan like me, you know how many awful movies there are floating around out there. And, granted, the Leprechaun films aren’t known as cinematic masterpieces, but, as St. Patrick’s Day approaches, they’re topical.

I figured I’d binge them all just to give you a fighting chance of watching the best of the franchise—and getting a quick summary of those you can skip.

The first Leprechaun movie is your typical campy horror flick. While the film was originally intended to be more of a straight horror film, the Leprechaun, played by Warwick Davis (who would reprise the role for the next five movies), cracks jokes from time to time and gives it a solid camp vibe.

He’s like a mini Freddy Krueger, but he doesn’t have to wait until you’re asleep to kill you. He also has magical powers (as he should) and is, naturally, bent on revenge against those he thinks stole his pot of gold.

Warwick’s excellent portrayal aside, the best thing about the first film is Jennifer Aniston. Overall, the acting is pretty good (which can’t be said for a lot of horror flicks, and certainly not for the other films in this franchise). The problem is, it’s not really scary—even the jump scares are so mild, they don’t really work.

It has its moments, and I’d watch it again in about five years.

The second film begins with the Leprechaun seeking his bride, not just his missing gold. This one had a little more of a cringe factor (at least for me) because it ratchets up the blood and guts factor—I like horror, but I’m not the biggest fan of gore.

About 20 minutes in, the Leprechaun steals a gold tooth right out of a guy’s mouth! If you have a dental phobia, I suggest looking away (I did).

Leprechaun 2 still misses the boat on actually being scary, although it keeps up the campy vibes of the first one. The casting for this one was, once again, great!

At the beginning of the third chapter of the Leprechaun franchise, the killer in green with jaunty shoes is a statue. A medallion is the only thing keeping him from escaping. That’s quickly removed and horror ensues. The feisty Irish mythological creature keeps up with his horrific poetry, something that was very prevalent in the second film, as well.

Only 10 minutes in, I was laughing. The basis of the movies (so far) has been the Leprechaun’s obsession with his gold.

Set in Las Vegas, this one’s all about casinos. The Leprechaun runs into an Elvis impersonator and things get very weird for a moment—and, like, not good weird.

That scene knocked off some points for me. And it gets worse after about the one-hour-and five-minute mark. Worse as in I wish this movie didn’t exist.

I’m just going to go ahead and say this is where the franchise jumps the shark. From scene one, I was rolling my eyes. This entire film is disgustingly horrible, and not in a good way. What did I like about it? Nothing. What did I dislike? Everything.

In the first three films, there was at least some decent acting to pull you through (this one has two good actors, at best). I want to pretend this installment doesn’t exist.

As you probably deduced from the title, this one is set in space. It has a Jason Voorhees in space vibe, but minus the fright factor and good movie-making. It doesn’t even capture any sort of stuck-in-a-space-station tension. It’s just absurd trash.

In fact, this movie is so bad, you should just read the summary on Wikipedia and move on with your life.

Leprechaun in the Hood

They somewhat stepped up the game again for this one. It’s far less corny (but still not scary). They managed to get Ice-T (he must not have watched the two that came out before this one). The story revolves around some rappers who want to make a name for themselves. What better way to do that than with a little luck o’ the Irish?

It had some strange moments and wasn’t good as the first two, but it was still better than the last one. If nothing else, compared to the absurd plot of the In Space installment, this one was relatively plausible.

This is the final film with Warwick Davis as the Leprechaun. I love the creative start of the sixth film in the franchise—it had a distinct storybook feel—and it gave me hope there might be something good in this one.

My hopes were soon dashed. There’s some decent acting, and I loved the fortune-teller, but this is one of those “let’s all get high, and then die” horror flicks. It’s not the worst of the franchise, but it’s not great either.

It does have a couple of great one-liners, though, and somewhat redeems itself toward the end, so it wasn’t a complete waste of time.

Like Halloween III: Season of the Witch, the Leprechaun franchise decided to try something different and make a film that had no ties to the original six (aside from having a leprechaun in it, of course).

World Wrestling Entertainment (WWE)—yes, the wrestling company—is the studio behind this particular installment. As you probably guessed, it stars a wrestler. Dylan “Hornswoggle” Postl plays the Leprechaun (unrecognizably so).

A group of American teens visits Ireland to research Celtic history. We’re not introduced to the Leprechaun for over 20 minutes, and there’s finally some scary stuff going on.

This Leprechaun looks evil—there aren’t any buckles on his shoes (pretty sure he wasn’t even wearing any) or jaunty hat. He doesn’t speak but just makes guttural noises, so, there are no bad jokes or one-liners.

I liked that this one strayed from the campy horror flick vibe and put a little more emphasis on the fear element.

The new (old) Leprechaun is played by Linden Porco, and I didn’t care for the voice acting or the way they did the costume. While the overall acting wasn’t terrible, it doesn’t live up to the more true-to-horror of the previous film. But at least it isn’t as screwball as the original six.

With that in mind, and to close our trip down Leprechaun Lane, I’d recommend you watch the first two, the fifth and sixth, and then this one. You’ll get a good series of campy horror flicks that capture the general vibe of the series, while skipping the absolute missteps. 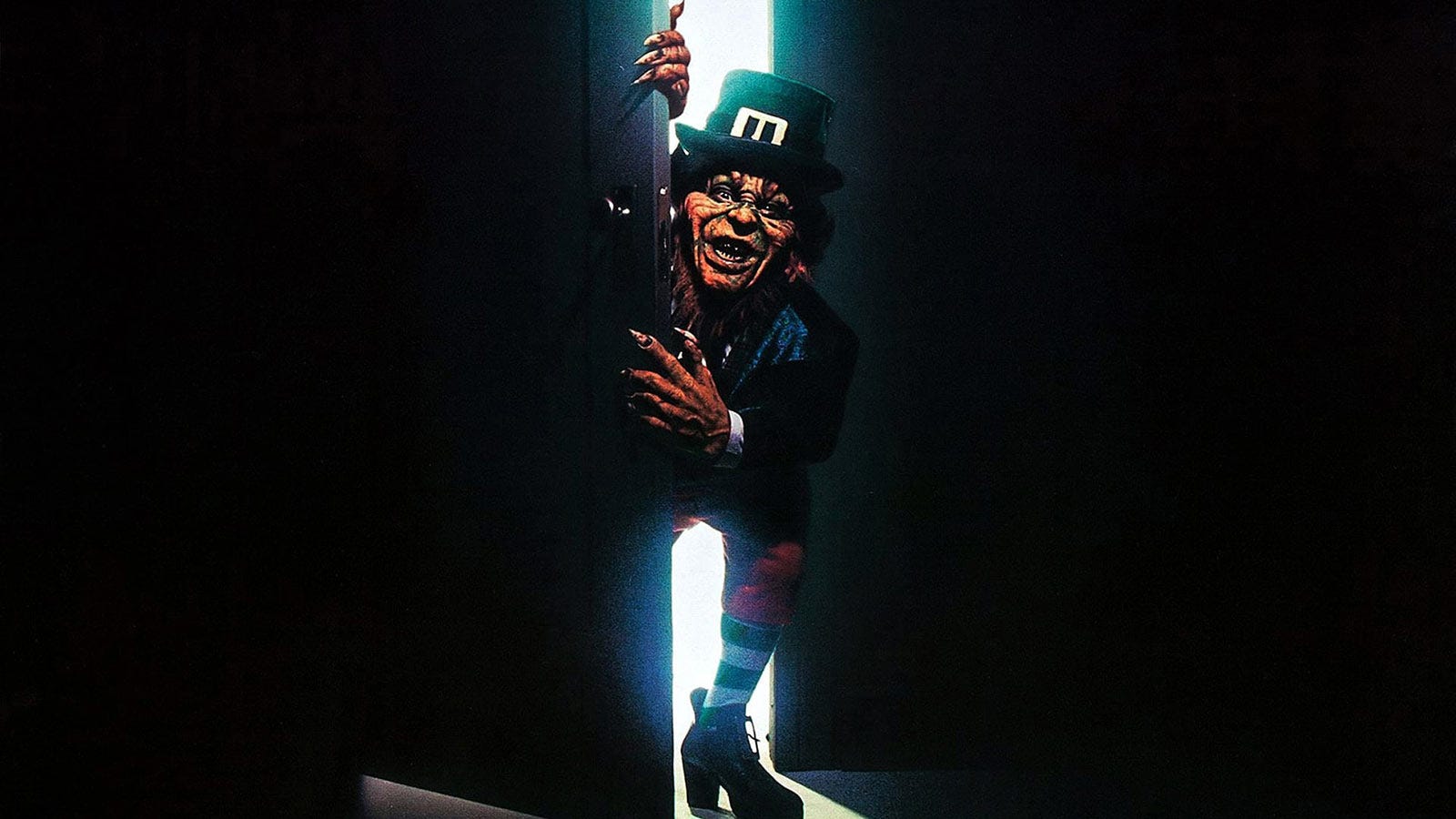