There are many reasons to floss every day, but some of us make up just as many reasons not to. If it hurts to floss or flossing makes your gums bleed, that’s all the more reason to start doing it.

Gum disease, or periodontitis, is an infection of the gum tissue that’s almost always a direct result of poor oral hygiene. Brushing is good, but flossing is key to avoiding it as flossing gets between teeth (and into the gum tissue) in a way that brushing just can’t.

A lot of people avoid flossing because when they try to start a flossing habit their gums are tender, might even swell a little in places as a result of the flossing, and might even bleed. Now, if your gums are incredibly painful, you should seek the advice of a dentist to ensure there aren’t any underlying or complicating conditions, of course.

But for most people, a little gum tenderness and bleeding is just the price you pay for a few days as penance for not flossing in the past. After you get in the habit of flossing, your gums will be more resilient and less tender both because they adapt to the process and because you’ll be clearing out bacteria and debris that were causing mild inflammation in the first place. Stick with it!

Proper flossing begins with knowing which floss to use and how much of it to use. You only need a small amount, enough to grip onto with your fingers and to pull through your tooth. However, you want to make sure you adjust the floss between your fingers as you floss so that you’re using a clean section of the floss as you move between the different teeth. If you don’t adjust the floss as you go, you’re just rubbing the built-up bacteria from one tooth onto the next one.

Ribbon style floss is the best choice for anybody with wider spaced teeth, like those with gaps between their teeth. If your teeth are closer together, you’ll want a standard floss. For anyone with bridges or braces, you should use a floss threader, which will allow you to get in between your teeth without disrupting your dental work.

When you place the floss in between your two teeth, make sure to gently move the floss up and down, getting it against the sides of both of the teeth. You don’t want to run it across your gums, which will scratch them and cause future pain. If you curve the floss into a c shape when you get toward the base of your tooth, it will actually slide in between your tooth and your gums to get any food particles that are stuck down deep. You want to do this for every single tooth.

While this is time-consuming, flossing is a healthy daily ritual that will not only make your dentist happy, but it will help your teeth stay healthier longer and will help prevent gum disease and cavities. 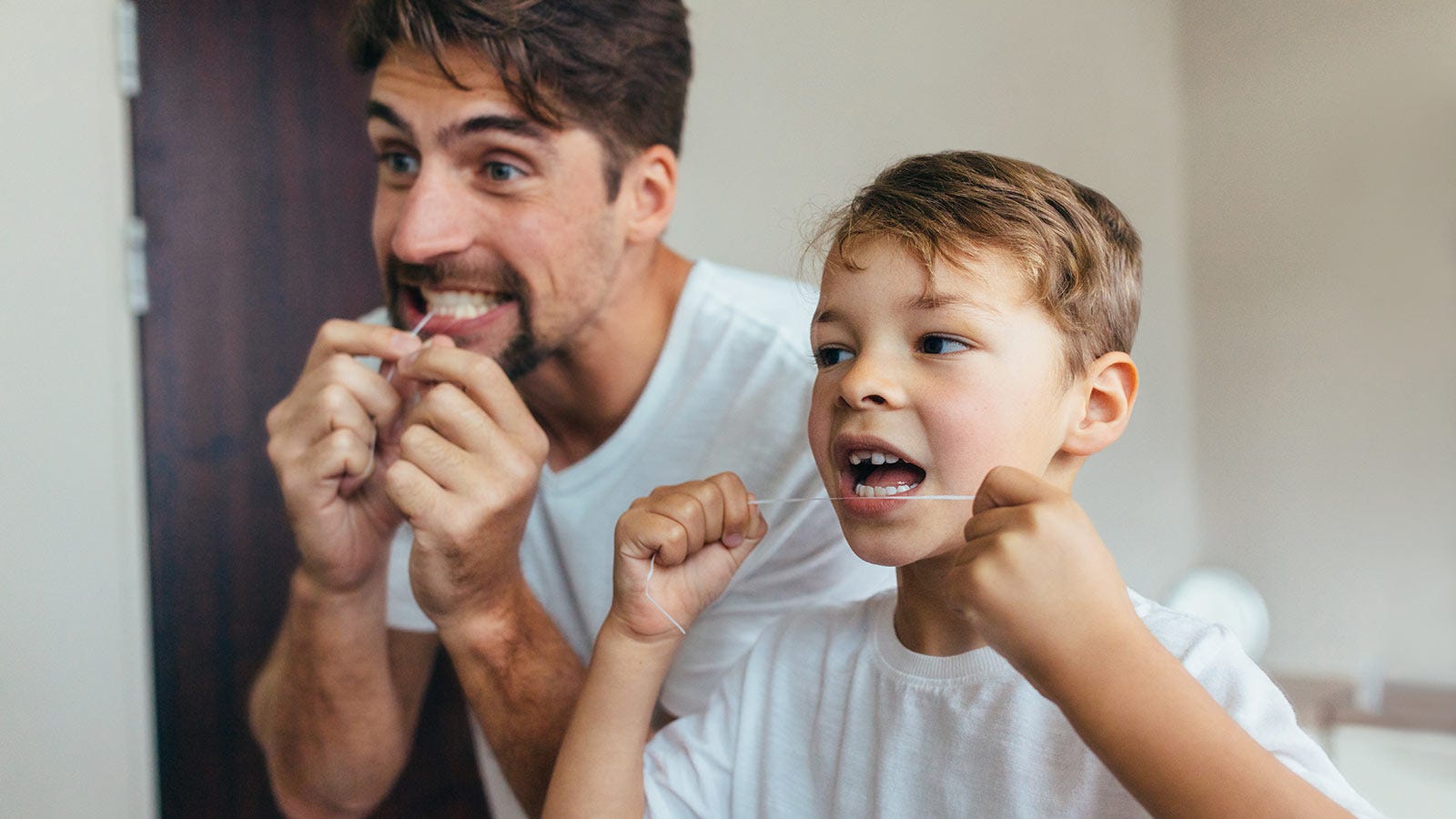