Sometimes, even mundane things can be a public health risk, and cash is one of them. From nasty bacteria to dangerous viruses, you can find all sorts of unpleasant things on paper money. But how dangerous can it really be?

Paper Currency and Its Germy Freeloaders

We don’t think about it often, but we really have no idea where the money in our wallet came from. You don’t know all the people who touched it before you, nor if they were ill. You don’t know how they handled the money, nor where they kept it. Saying money is unsanitary is quite the understatement, and, unsurprisingly, experts agree.

In 2017, when researchers gathered a sample of U.S. one-dollar bills for analysis, the results were as shocking as they were disgusting. Not only were the bills covered in germs, but there were hundreds of different kinds, that varied in number and associated health risk. Though acne-causing microbes were the most common, they also found vaginal bacteria, oral microbes, fecal bacteria, DNA from pets, and even viruses that can cause pneumonia. It’s enough to make anyone want to, literally, launder his money.

This is hardly news, though; researchers have known for decades that paper money is a veritable microbial swamp. A paper published in 1996 had already analyzed dollar bills from different parts of the U.S. and found similar results, but with the added bonus of cocaine.

These findings gained support a few years later when traces of heroin were also discovered on the surface of randomly selected bills. It’s somewhat unexpected, but makes perfect sense. Drug trafficking is a cash-only business, and it’s common to use a rolled-up bill to snort the product.

Why Is Money So Dirty?

You might have withdrawn cash from an ATM machine, but that doesn’t mean the money hasn’t been handled before. According to the Federal Reserve, U.S. notes have a lifespan of up to 22 years, depending on the denomination. This means the notes you have might have gone on some seriously questionable adventures before they reached your hands.

Think of sketchy bars and poker nights, strip clubs and casinos, busy street markets and illicit events. Whether it’s the unhygienic places money has been, or the dirty hands that have handled it, the number of germs it collects is astounding.

And this isn’t just speculation—a 2010 Australian study identified a larger variety of microbes in U.S. paper currency than that of Australia or New Zealand.

The reason U.S. dollars harbor copious amounts of bacteria is thought to be its unique material composition. The blend of cotton and linen makes a porous piece of paper that attracts germs and hosts them for a much longer than currencies made of other materials, like plastic.

The most concerning thing is the flu virus is among the microbes that can hold on to cash. According to a Swiss study, the virus can last for up to 17 days if accompanied by mucus. Think of someone who’s sneezing or wiping a runny nose while giving you change. Lovely, isn’t it?

Can You Get Sick From Handling Money?

Perhaps, the only shred of a silver lining here is that there’s no strong evidence to prove that we can get sick from just touching money. This appears to be because bacteria sticks to paper quite well, but it needs the right temperature and humidity on any new surface it lands on to survive and cause damage.

Nevertheless, there is some circumstantial evidence that suggests surface-to-skin contact can cause infection. In one study, half the participants were infected with the cold virus after contact with a contaminated coffee cup.

RELATEDYou're Probably Washing Your Hands Wrong (Here's What to Do)

So, although it’s not certain you’ll catch a virus after you pay cash for that bagel at the food cart, it’s always wise to err on the side of caution. With dangerous viruses out there, like pneumonia, the flu, and coronavirus—which, according to the World Health Organization, can last for up to nine days on paper currency—do you really want to risk it? Opt for contactless payment methods, whenever possible.

If you do handle cash, you can minimize your chances of falling ill by washing your hands regularly, refraining from touching your eyes, nose, or mouth right after you handle cash, and keeping your immune system in check. 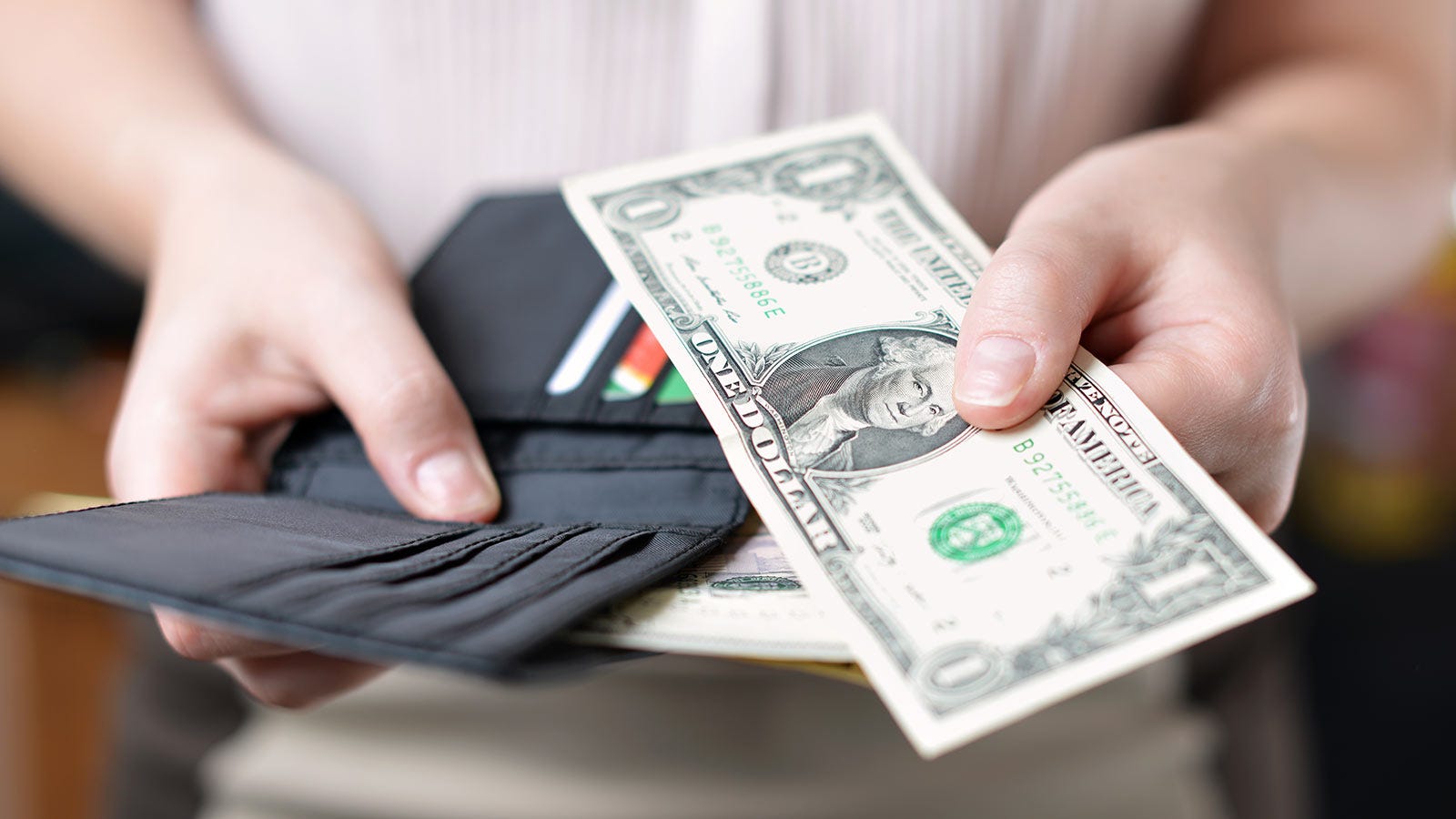