Whether you’re superstitious or not, everyone’s aware of the negative connotations surrounding Friday the 13th. For ages, many folks have believed nothing good ever happens on this day, but how exactly did it get its unlucky rep?

Most people don’t associate Friday the 13th with anything good—after all, there’s an entire horror franchise named after it. We decided to look into the origins of this myth, and here’s what we found out.

RELATEDWhy We Knock on Wood (and Other Common Superstitions)

When it comes to tracking down how this particular day got its less-than-fun reputation, the truth is a bit murky. Many hypotheses have been formulated over the years, but there’s not really enough evidence to pinpoint an exact time or reason that this idea took hold.

The most common origin given for the Friday the 13th superstition has to do with the number 13 and the Bible. As there were 13 guests at the Last Supper (the 12 apostles and Jesus), it’s purported that Christians started to think having 13 people at a table was a portent of certain doom.

Friday is a day of the week that also has strong biblical associations, as the holiday Good Friday is commemorated based on the theory that Jesus was crucified on that day of the week.

However, the Bible theory isn’t the only one.

Philip the Fair and the Knights Templars

Another Friday the 13th theory dates back to 1307, and you might be familiar with it if you caught the Knightfall TV series on the History channel. It involves the Knights Templars being arrested on orders from King Philip IV of France.

The King alleged that the Catholic military was forcing new recruits to spit on the cross, deny Christ, and engage in “indecent kissing.” Confessions were obtained under torture, and the Knights were charged with financial corruption and practicing idolatry.

When he was condemned to be burned at the stake in Paris, Jacques de Molay, the Grand Master of the Templars, is said to have cursed all who had wronged them.

“God knows who is wrong and has sinned,” de Molay is reported to have said. “Soon a calamity will occur to those who have condemned us to death.”

It wasn’t long before the Knights Templars were wiped out. The claims of their corruption, as it turns out, were unfounded. In fact, many historians now believe that King Philip took these actions against the Templars because he was broke and the order was quite wealthy.

So, what does all of this have to do with Friday the 13th, you may ask? Well, that was the day the raid on the Templars began and it all ended in gruesome deaths and a curse. Yikes!

The Templars: The Rise and Spectacular Fall of God's Holy Warriors

A Novel and The New York Times

Both origin stories above are often cited to explain the ominous connotations surrounding Friday the 13th. And people actually do experience a real phobia of the day, known as paraskevidekatriaphobia (say that 10 times in a row!).

Whether the superstition actually started with the Bible or the Templars, though, remains unclear. Unfortunately, there are no historical records that confirm or deny the existence or evolution of the superstition throughout the ages.

It wasn’t until 1907, and the release of Thomas William Lawson’s book, Friday, the Thirteenth, that a spooky association was finally definitively linked to the day. It’s on that day that Lawson’s fictional stockbroker decides to crash the stock market, sending the world into complete chaos.

The following year, The New York Times referenced the ominous date, saying “Friday the 13th Holds No Terrors for Senator Owen,” following his decision to introduce 13 public building bills into the Senate.

While Lawson’s tale was ominous, something far more horrific was eventually to stake its claim on the unlucky legacy of Friday the 13th.

The reason most of us know about the negative connotations of Friday the 13 is courtesy of Jason Voorhees. The seemingly immortal serial killer made his debut in 1980 in the first installment of the Friday the 13th horror movie franchise.

After that, this day’s reputation gained global popularity as not only being unlucky, but bloody, as well! At this writing, Jason has stalked and offed counselors and teens at Camp Crystal Lake in 12 (ironic, no?) films.

Thanks in large part to this fictional, hockey-mask-wearing, homicidal maniac, the bad-omen myths surrounding Friday the 13th persist, and many people refuse to test their luck on this day. In a fitting callback to Lawson’s novel, stock prices tend to fall every Friday the 13th, costing millions in revenue around the world.

The ironic result of that, of course, is that those who don’t believe in the superstition can make some awesome investments. And if you need to book a flight, you can probably do so on Friday the 13th for a steal!

Friday the 13th: The Ultimate Collection

The myths surrounding Friday the 13th are fascinating, but it’s difficult to know how much is true and how much has been embellished by those who believe in the day’s unlucky rep. The best approach is probably to just treat Friday the 13th like any other day. And maybe buy some stock. 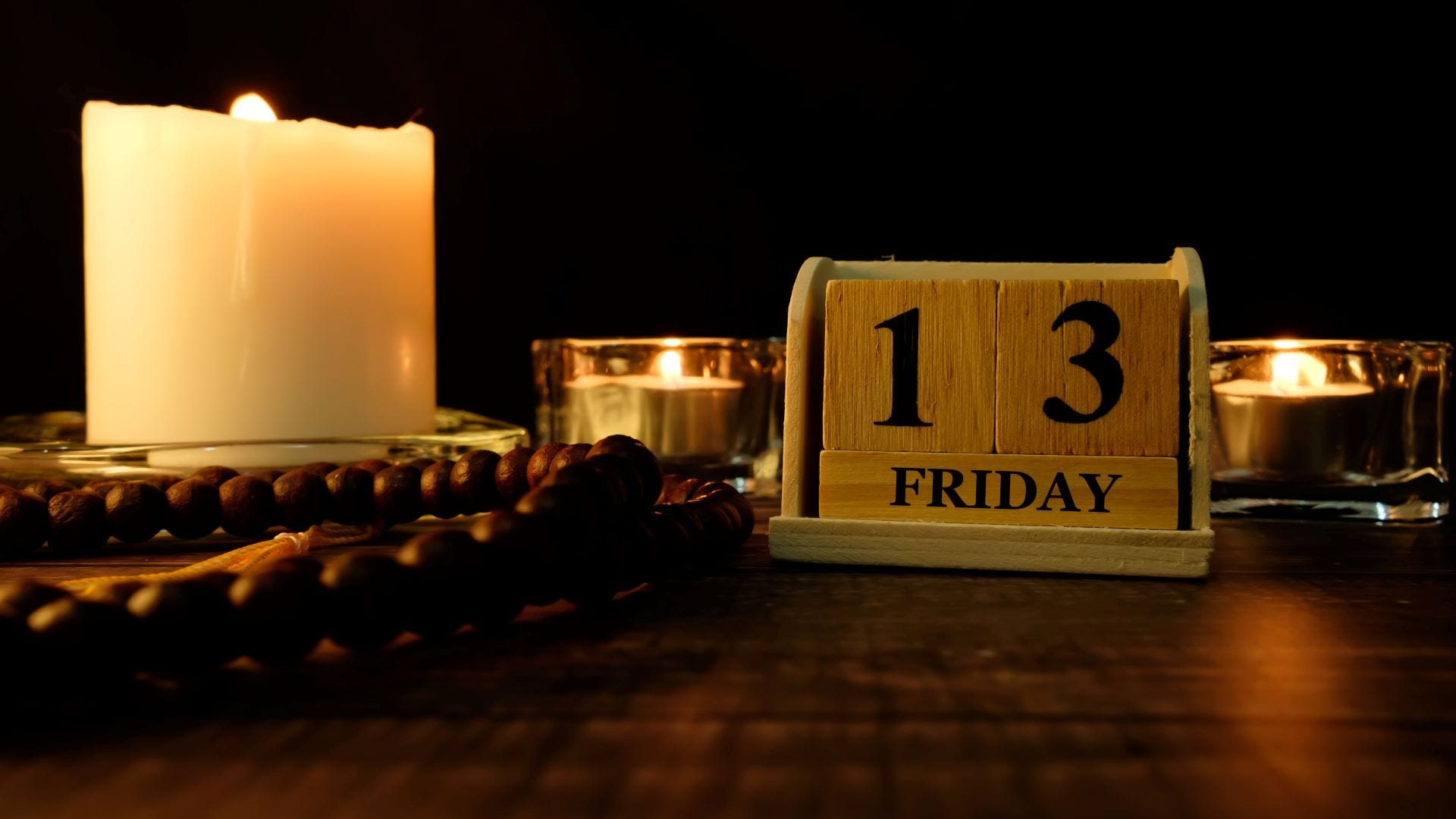