Fans of Chick-Fil-A’s rejoice, according to the beloved brand they’re releasing their equally beloved sauces in limited locations to test consumer response.

According to Chick-Fil-A’s press release, the famous chicken sandwich brand will begin distributing its iconic sauces in 16 oz. bottles, including the whole range from its classic namesake flavor to the ever-popular Polynesian.

While they’re coming to stores there’s a catch: For now, they will only be in stores located in Florida. Why Florida? The unveiling is meant to gauge interest in the retail-based sauces, and if it takes off with consumers—as we can only imagine it will—distribution could expand to other states.

If you do live in Florida, however, and want to purchase any of the chicken chains famous flavors, you can do so for $3.49 for each 16 oz bottle. Plus, you’ll be giving back a little something in the process. The brand says that proceeds from the sales will go to Chick-Fil-A’s team membership program scholarship program. The fund will grant $17 million to 6,700 members of the Chick-Fil-A team in 2020.

What prompted the sudden departure from limiting the sauce to in-store and carry-out dining? Michael Patrick, Chick-fil-A principal program lead of their Beyond the Restaurant initiative, explains:

“Chick-Fil-A Sauce and Polynesian Sauce are our two most popular sauces, so we are extremely excited to offer them at select retail stores outside of the restaurant. And because our Team Members are truly our ‘secret sauce’ to creating a positive experience in our restaurants, each time a customer purchases a Bottled Sauce at a participating retailer, the Chick-fil-A profits will support Team Members through our scholarship program.”

While the brand tests the products in Florida, it looks like you’ll just need to hit up your local chain to show interest (and maybe even express your interest in buying the sauce locally to let the excitement percolate up the chain). Alas, in the meantime, everyone but Floridians will be waiting it out. 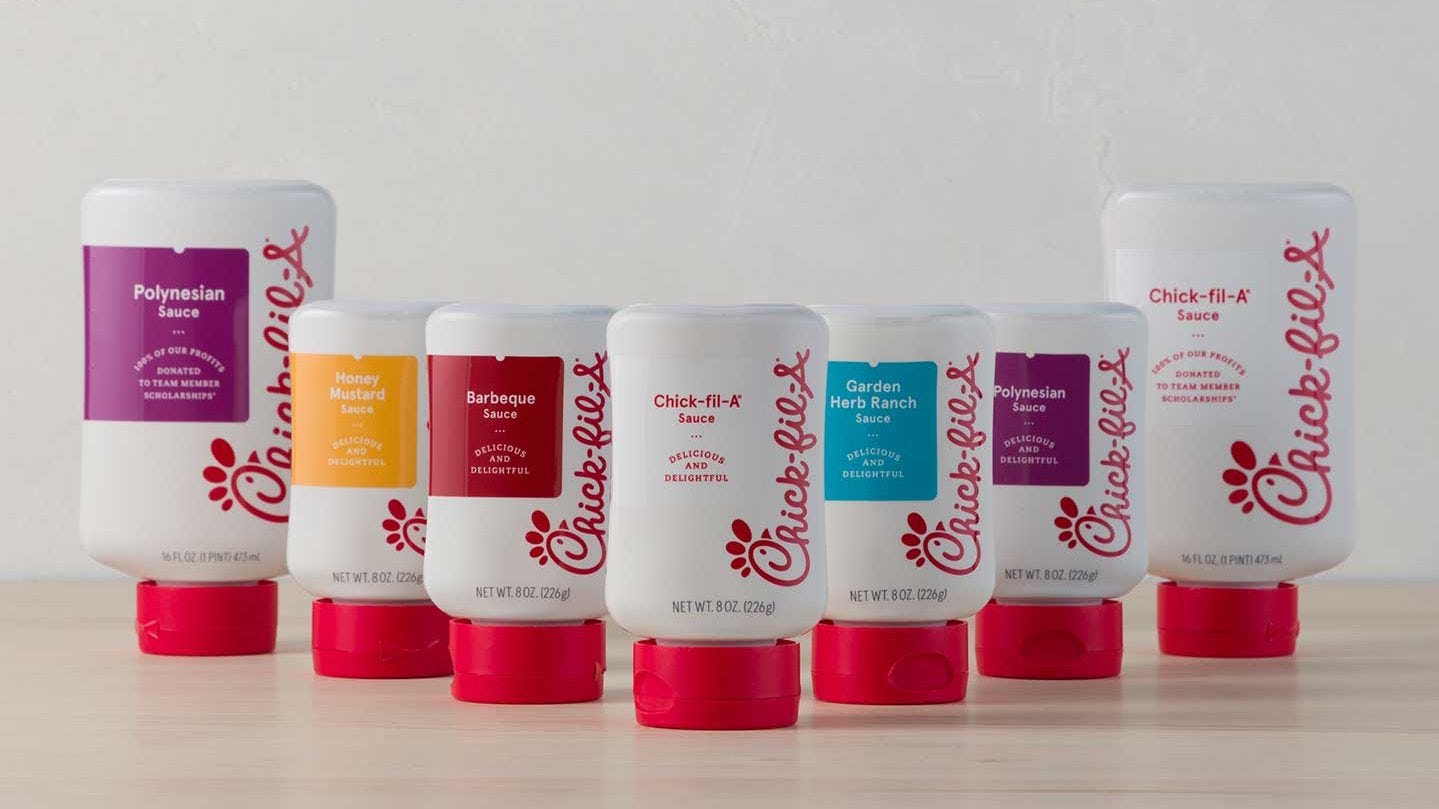