Right now in Germany, the cast of the hit show Big Brother is completely oblivious to the fact that there’s a global pandemic. Twelve years ago, that was the plot of the British horror miniseries Dead Set. There’s no better time to binge it.

First, the real-world news that makes this extra topical. If you hadn’t seen the news about it, the cast of Germany’s version of Big Brother is still—as is the premise of the show—in isolation while the show is filming. If you’ve never paid much attention to the series, the setup is fairly straightforward: It’s a reality TV show where a bunch of people are put in a house and have no contact with the outside world, and we all stare in, like the Truman Show, watching them.

The current housemates have been in isolation long enough that when they went in, the coronavirus was in the news but only in a distant, “here’s what’s happening in China” way. The show’s producers initially said they had no intention of updating the contestants unless one of their family members fell ill. Social media backlash, however, led them to schedule a special live episode (airing tonight) to break the news to them.

Now that you’re up to speed, we absolutely insist you check out the 2008 British miniseries Dead Set. The plot of the miniseries is uncannily aligned with the news about the real-life Big Brother house.

In Dead Set, which was filmed on the actual real-world British Big Brother set, a viral outbreak is spreading around the world—all while the contestants are oblivious to it and going about their daily lives.

If you’re a fan of horror (especially with a dark comedy streak), aren’t burned out on zombie films and shows, and you don’t mind gore on par with what you’d expect from a show like, say, The Walking Dead, there’s really never been a better time to check it out. Not only is it topical, but the show was also highly praised by critics and even nominated for a BAFTA. And, lest you think I’d recommend anything sight unseen, I binged it when it first appeared in American markets—and loved every minute.

You can watch the show on Netflix, here. 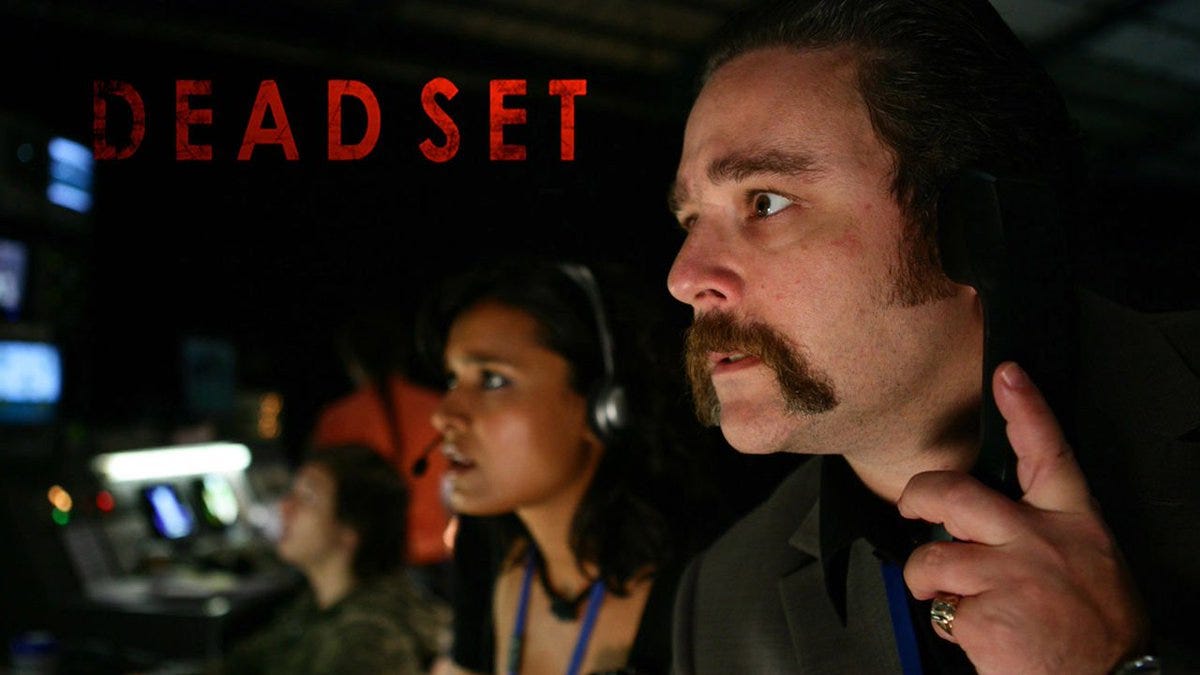