The coronavirus has national parks temporarily closing all across the United States. And, even if the parks near you are still open, visiting right now isn’t the best idea, when social distancing is so important.

Missing the splendor of America’s great parks? The hilarious Subpar Parks project on social media may just be the fix you need.

As it turns out, national parks actually have reviews on sites like Yelp, just like restaurants and retail stores. And, while most parks have unsurprisingly high ratings, there are always a few customers that just can’t be satisfied. For the SubPar Parks project, illustrator Amber Share creates beautiful illustrations based on real one-star reviews of national parks.

Her work captures the dissatisfaction of horrible reviewers in the style of vintage ads. Against illustrations of each park’s most memorable scenery, she adds select quotes from the worst reviews, including such gems as “Scenery Is Distant and Impersonal” and “Just Something to Look at and Leave.” Yes, these are actual reviews, from actual people. The high quality of Share’s illustrations just makes them that much funnier.

Some people will never be satisfied—even by nature itself. And, there are plenty of national parks (and miserable Yelpers) out there, so it looks like Share will have no shortage of future Subpar Parks illustrations to do.

If you want to support this project as much as we do, you can follow on Instagram, Twitter, Tumblr, or Facebook—Share posts every illustration with a perfectly snarky caption.

And, if you want to take home a piece of each Subpar Park, check out the official merch store! You may not be able to see these parks in person right now, but according to these reviewers, you’re not missing much anyway. 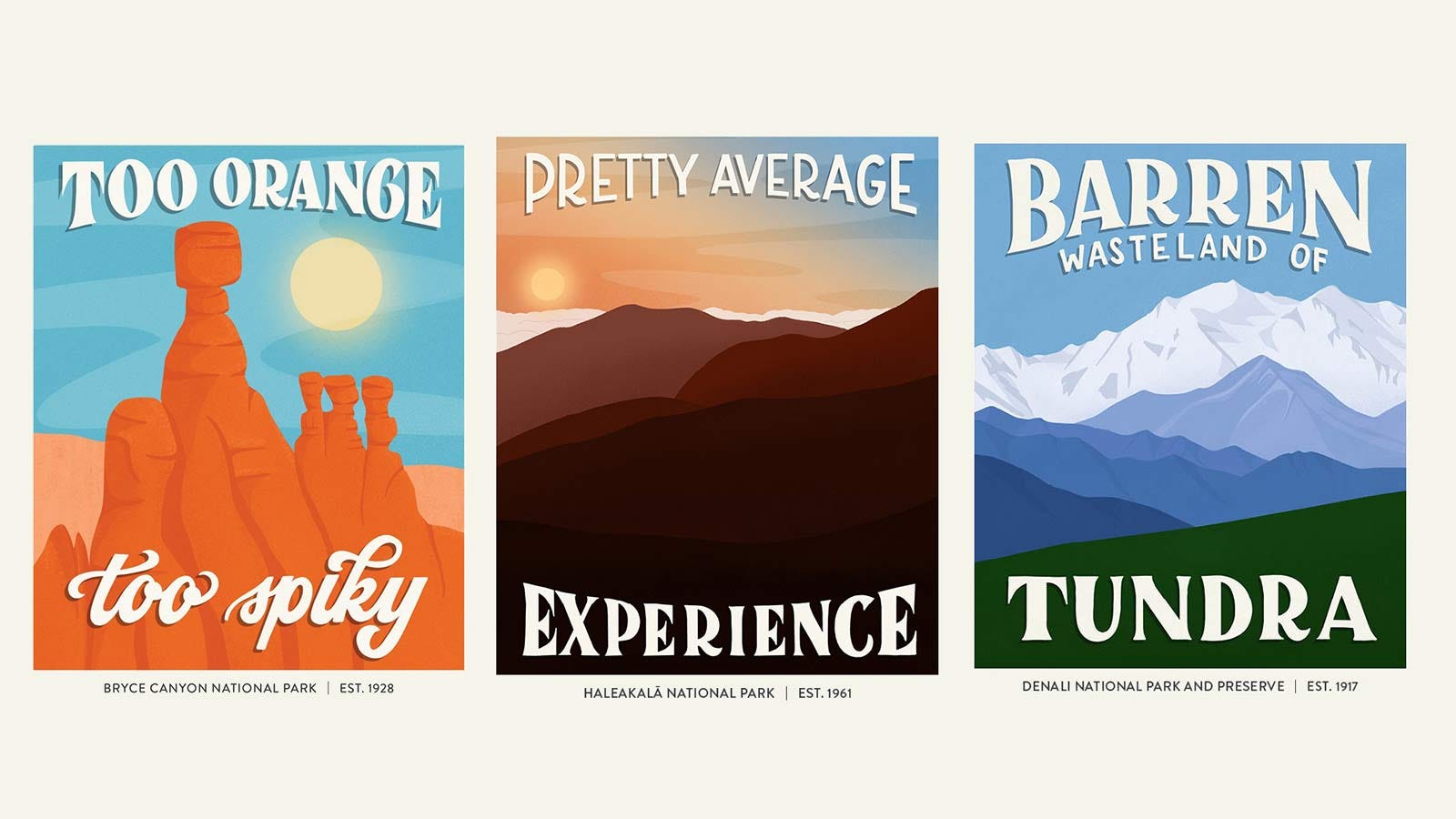