If you’re a fan of music, musicals, and good television, there’s a solid chance you’ll enjoy all of them mixed together. Here are some fantastic music-oriented TV shows to brighten your mood.

If you’d like to let some songs in your heart and enjoy a good sitcom or two while you’re at it, check these out.

This show is new and delightful. It has plenty of feel-good moments, but you may want to have a box of tissues on hand. It’s about Zoey Clarke, who, after a strange event, develops the ability to hear people’s desires through song (like, they stop and sing to her, but she’s the only one that sees it). She builds friendships, deals with family issues, and finds a way to use her odd gift to help people.

Zoey’s Extraordinary Playlist is free on NBC. You can also watch it on Hulu with a subscription.

Rachel Bloom is hilarious and honest as Rebecca Bunch, a woman with a crush that she can’t let go of. The premise of the show fits the chosen name, as Rebecca follows Josh Chan by uprooting her great job in New York and moving to California in the hopes that he’ll want to be with her.

It’s a basic story of a person having unrequited feelings for someone, filled with great songs like “The Sexy Getting Ready Song.”

You can watch the first four seasons on Netflix.

Glee isn’t just for teenagers, even if it is about teenagers. It’s a fun show with feeling, great songs (lots of Journey), and some fun cast members. Watch as a Glee club goes from being the most hated kids in school to the cool kids, and back and forth.

Of all of the great stars in this series, including Zoey’s Extraordinary Playlist’s Alex Newell, Jane Lynch remains the most memorable.

You can watch all six seasons of Glee on Netflix.

Smash didn’t get rave reviews, which may be why it didn’t make it past two seasons. It was a show with promise, and I adored it. It’s all about the cast of a musical about the life of Marilyn Monroe, and what they have to go through in preparing to get on stage.

Smash had a few well-known names in the cast, like Debra Messing, Anjelica Huston, and American Idol’s Katharine McPhee.

If you like medieval stories, comedy, and musicals, you’ll probably dig the comedic style of this short-lived series (it was only on for two years, starting in 2015). In the trailer, you get a bit of a twisted Disney vibe.

Watch for familiar faces like Vinnie Jones, John Stamos, Weird Al, Rutger Hauer, Kylie Minogue, and Anthony Head (who has proved his singing chops in the Buffy the Vampire Slayer TV and Repo! The Genetic Opera).

I must confess it’s on my short-list of must-watch musical shows, but I haven’t checked it off yet. Our Editor-in-Chief Jason assures me it’s brilliant and came highly recommended in this roundup of must-stream content on our sister-site Review Geek.

Both seasons of Galavant are available on Netflix. 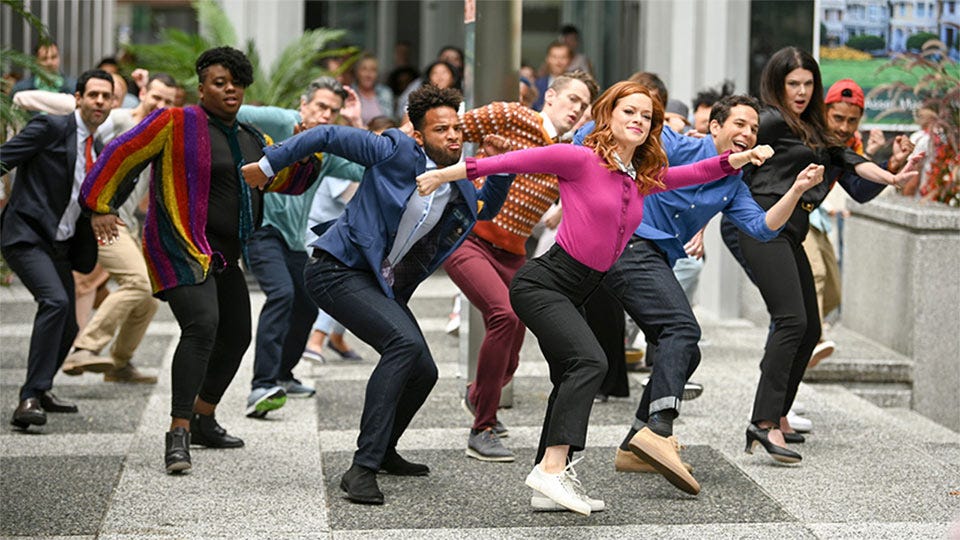