Neither one is the true or only celebration of the day, however. May Day is an ancient holiday that’s gone through a series of evolutions, giving it multiple meanings today. Here’s how to celebrate this historic spring holiday!

May Day in the Ancient World

May Day appears to have begun with the ancient Celts, who celebrated Beltane on May 1st. It was their biggest annual holiday, marking the end of the dark half of the year and the beginning of the light half.

When Romans conquered the Celts, their springtime Floralia festival mixed with the traditions of Beltane. Floralia honored Flora, goddess of flowers, so florals became an important part of the May Day celebrations.

At some point in May Day history, the maypole was added to the yearly traditions. Each May 1st, people would set up a pole and decorate it with ribbons and flowers, then dance around it as part of the springtime celebration. Some historians think the maypole tradition began as a fertility ritual—it’s easy to see how the pole could have been a phallic symbol.

Maypole traditions grew strong roots in some parts of Europe, but didn’t really take hold in the United States. However, some people in the United States historically celebrated May Day by surprising loved ones with baskets of flowers, candy, and gifts hung on their doors. This was sometimes called May Basket Day.

In fact, if you’re still practicing social distancing by May Day, May Basket Day is a spring tradition worth reviving. The May basket tradition actually doesn’t involve any social contact: you hang the basket on the door after dark, knock or ring the doorbell, then try to run away before the recipient comes to the door. It’s a little silly, but if you’re looking for contact-free fun, it could be perfect.

Workers Take Over May Day

Today, few people in the United States still use May Day to celebrate the onset of spring. But May Day has also taken on another powerful meaning over the years.

On May Day in 1886, about 200,000 U.S. workers went on strike, hoping to secure an eight-hour workday for workers across the country.

Over the next few days, the strike led to violent clashes with police, culminating in a bombing and riot now known as the Haymarket Affair on May 4th. Eight labor activists were convicted, even though there was a lack of solid evidence against them. Seven of them were sentenced to death. The Haymarket Affair and the plight of the unfairly convicted men only served to strengthen the workers’ rights movement.

By 1889, the International Socialist Conference declared that May 1st was an international labor holiday, to commemorate those who had fought—and been injured or killed—for the eight-hour workday. Today, that holiday is known as International Workers’ Day.

In the United States, we officially celebrate workers on Labor Day in September, instead of on May 1st. Still, even in countries that don’t officially recognize International Workers’ Day, many people take the time to celebrate and commemorate those who fought for working-class freedoms. With today’s pandemic putting workers like grocery store clerks and hospital janitors in the path of the virus, there’s no better time to offer gratitude and assistance to the working class.

Why Is “Mayday” a Call for Help?

There’s one more meaning of May Day that we haven’t covered yet: the internationally recognized radio distress call, “mayday.” But although the words are the same, the distress call actually doesn’t have anything to do with the holiday. Instead, “mayday” is derived from m’aidez, which means “help me” in French.

Between ancient springtime rituals and modern celebrations of workers, there are lots of ways to celebrate May Day. Unfortunately, none of them are widespread U.S. traditions anymore.

But there’s no reason you can’t celebrate this year by hanging a May basket on a friend’s porch, learning more about the fight for labor rights—or both. In fact, May Day might just be the perfect holiday to brighten up this pandemic-marked year. 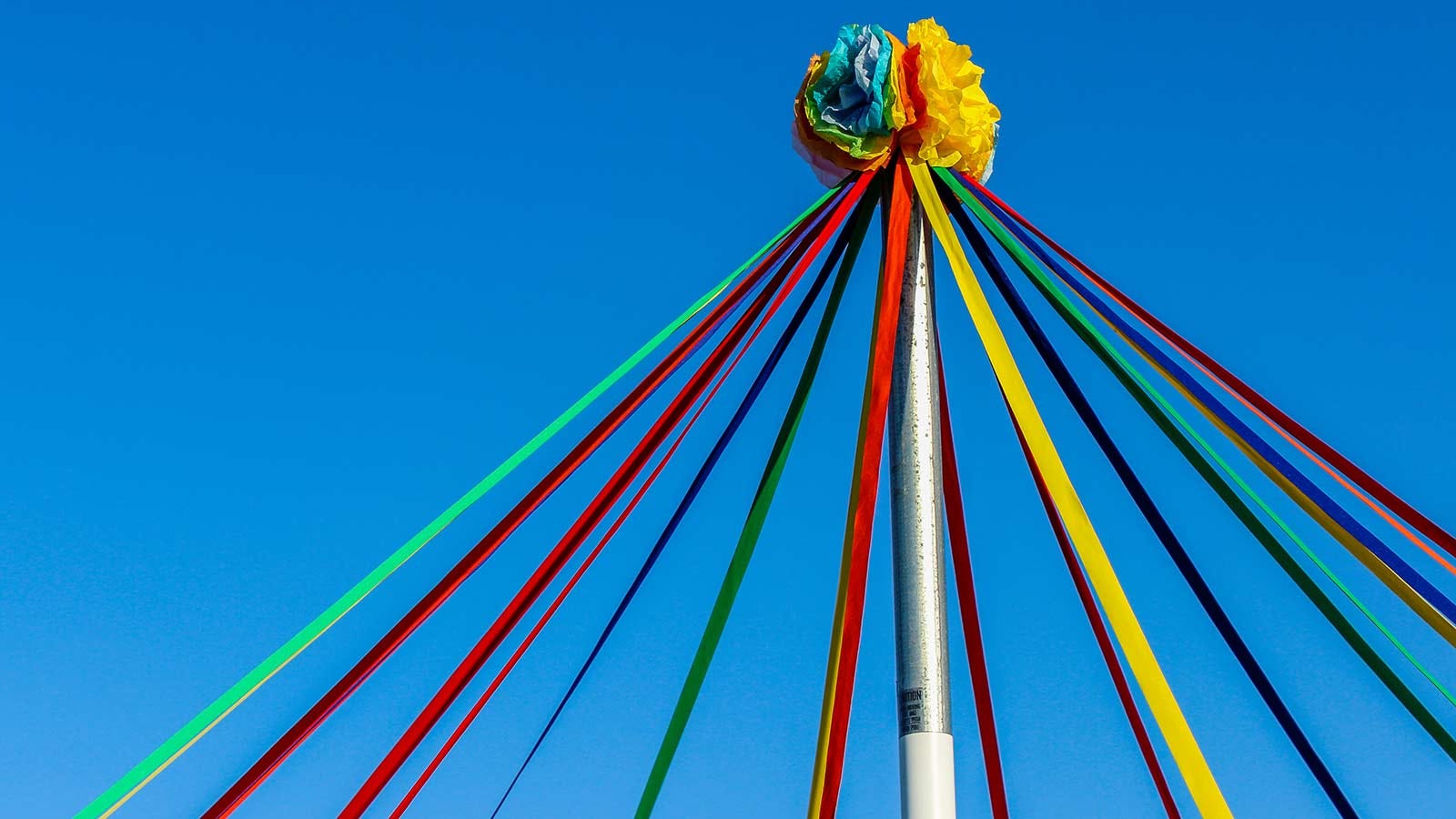