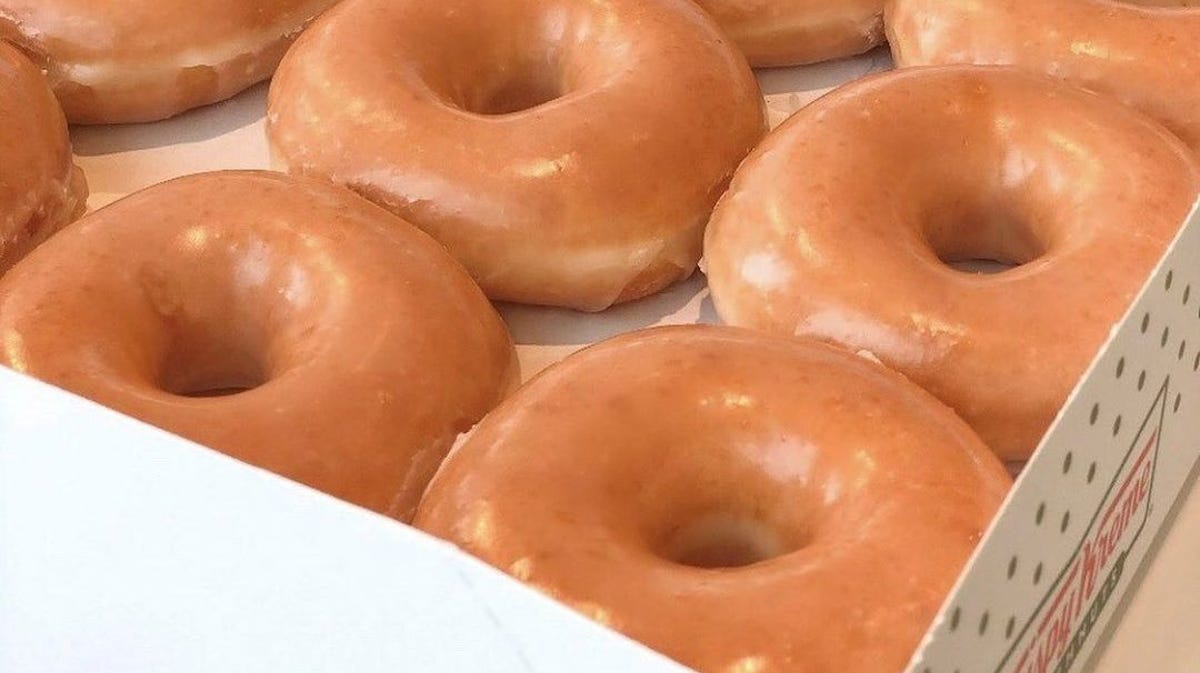 Healthcare workers are on the frontlines in the fight against COVID-19, and businesses are finding ways to show their gratitude. According to a press release, Krispy Kreme doughnuts will be giving a free dozen to all workers in the medical field who show their badge at the shop.

The promotion began on Mar. 30 (which is National Doctor’s Day) and will continue every Monday until the end of National Nurses Week on May 12. To take advantage, those on the frontlines simply need to go to a drive-thru location, order and mention they are in the field, show their badge at the window, and boom: an instant free dozen glazed doughnuts.

The free dozen for healthcare workers isn’t the only promotion the brand is running, though. Krispy Kreme explains in its press release that it hopes to encourage generosity and giving by hosting Sweet Saturdays. This past Saturday, the doughnut makers began giving a free dozen glazed doughnuts to customers who bought another dozen (or more). The idea is that people who take advantage of the deal wouldn’t eat 24 doughnuts on their own (but hey, you do you), but instead do a socially distant drop-off to a friend or family member. Each doughnut will be packaged individually and include instructions for your contact-less drop-off.

When you’ve got a craving for some doughnuts and want to do something nice for a friend, Krispy Kreme may be the way to go, and health care workers, go get your free dozen on the house. 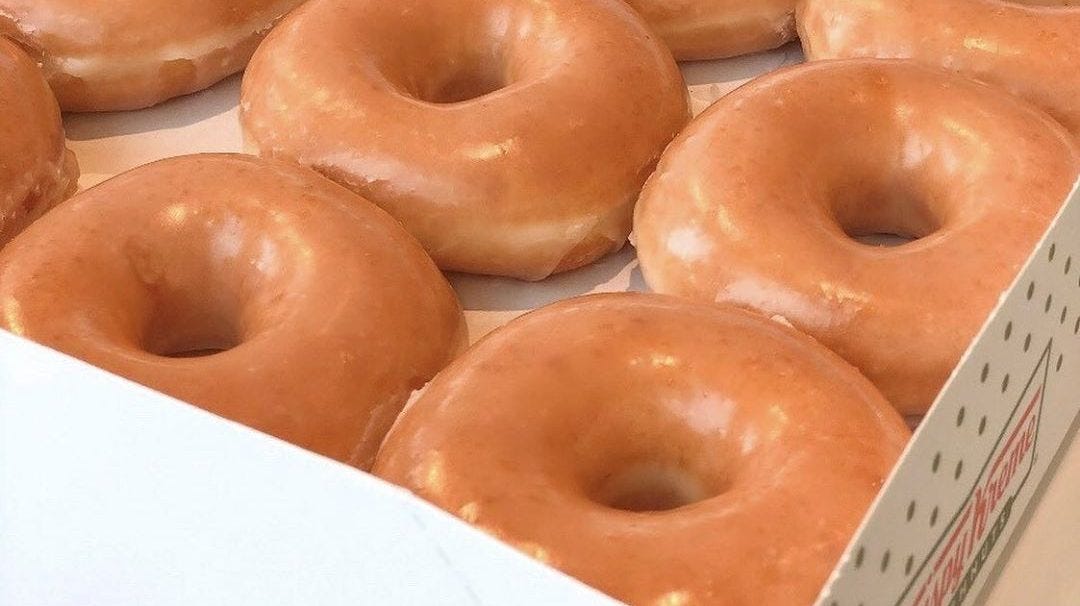