Movies are terrible these days, right? Just superhero films and sequels? Yeah, no. It’s never been easier to find great movies to watch, both in the cinema or at home. Let’s dig in.

A movie theater is the best place to watch movies: the big screen, fresh popcorn, and an attentive audience. This is a hill I’ll die on.

The problem is a lot of great movies are only showing for a week or two, and if you miss them, you miss them. Here’s how to keep on top of the latest releases.

If you go to a huge, multiplex, pretty much every screen will be playing the latest big-budget Hollywood film. I’ll concede that point. Those, however, aren’t the only places showing movies. Arthouse and small cinemas tend to play smaller films that are less widely released. One of this year’s sleeper hits, Free Solo, was actually released in September, last year. It just ran in smaller cinemas. It’s only when it won an Oscar that it broke into public consciousness.

Many other films that later go on to become cult classics or are successful on streaming platforms start this way too. The best thing to do, then, is to keep an eye on the listings in your closest small cinema. Sign up for the newsletter if they have one. If you see a director or actor you like, Google the film and see if it looks good. That’s how I find many of the films I watch.

Keep an Eye on Film Reviews

Film critics often get a bad rap because their views can run counter to what “fans” believe. Just look at all the drama around big releases like Captain Marvel, Suicide Squad, Aquaman, and The Last Jedi. And while it’s true that big flashy movies that do badly with the critics can be fun to watch, critics often have a point: Captain Marvel is one of Marvels better recent offerings, Suicide Squad and Aquaman are absolute messes, and The Last Jedi was a welcome change for Star Wars.

Even if you disagree with critics about the big movies, odds are you’re likely to agree with them a lot more when it comes to smaller flicks in which you don’t have any emotional investment. Nearly everyone adored Get Out and A Quiet Place. 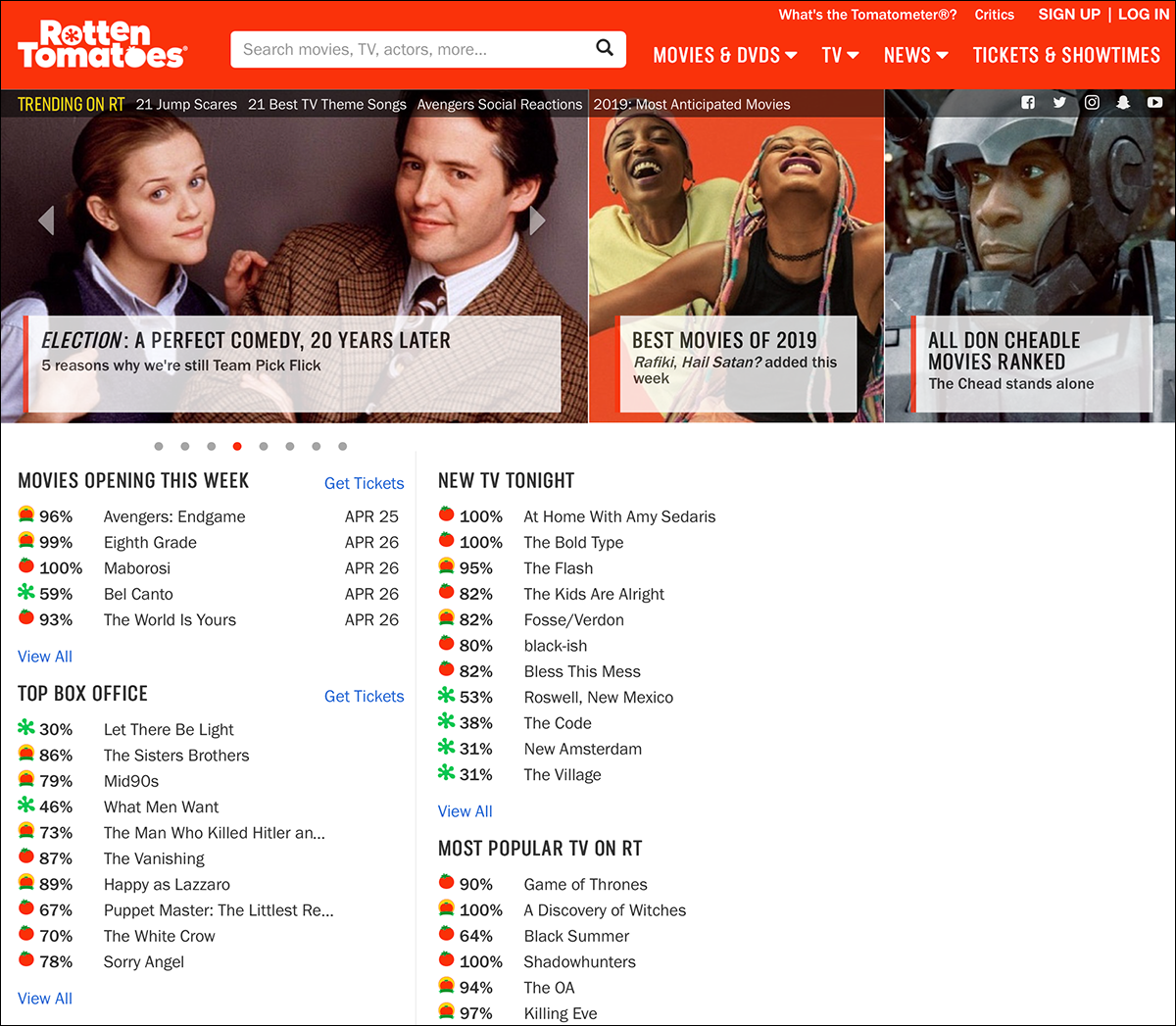 Find a film publication or even just a critic whose tastes broadly line up with yours and keep an eye on what they’re rating highly. Especially with smaller movies, critics will view previews so the reviews will be out in time for you to see them and then catch the movie when it shows. You should also keep an eye on aggregators like Rotten Tomatoes and Metacritic to see what smaller movies are generating some buzz.

One of my favorite times of year is when the “best-of” lists start dropping. They’re always great to look through to see what you’ve missed, from big budget movies you thought were missable to the smaller stuff you didn’t even hear of when it was released. When I’m looking for a movie to watch, I often just Google “best comedies 2016,” “best thriller 2010,” or whatever genre I want to watch and a random year. You either get reminded of a movie you’d love to rewatch or find something new that you haven’t seen. 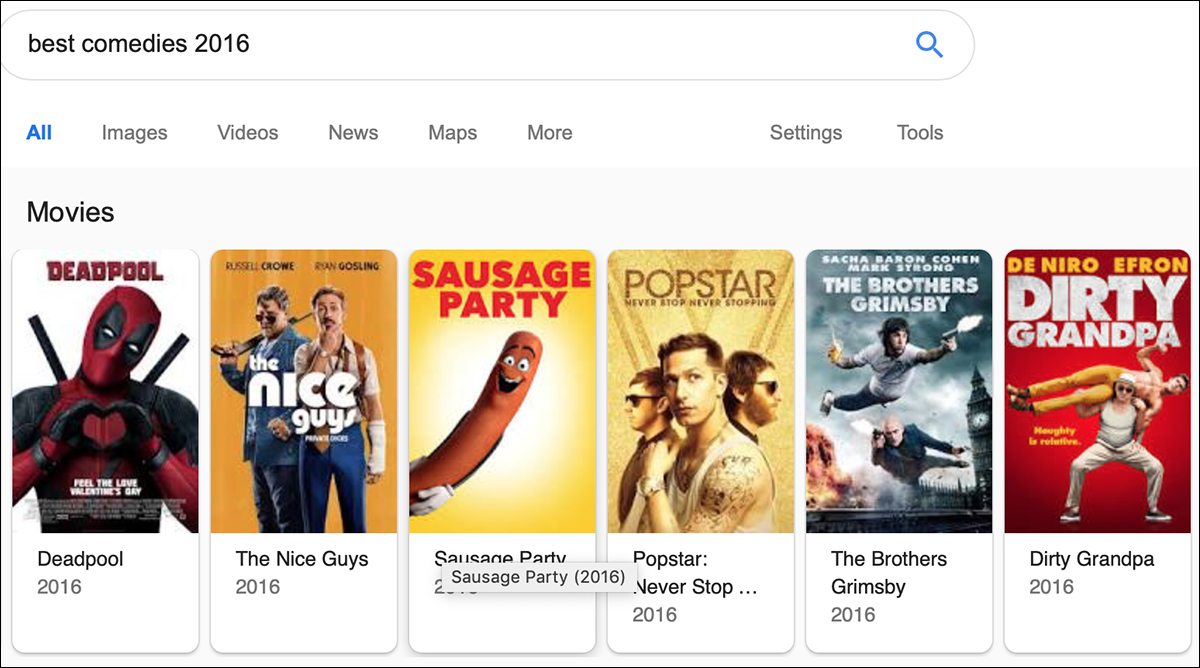 You can also do the same thing with awards lists. Pick a random year and check through the Best Picture or Best Whatever nominees and see if something takes your fancy.

I’m not a big fan of the recommendation algorithms on Netflix and Amazon Prime. They seem to either push me towards their exclusive shows or the same ten big budget movies that have just launched on streaming. Very rarely do they recommend anything particularly exciting or non-obvious.

To cut through the cruft, I’m a big fan of two recommendation sites: Find A Movie and A Good Movie to Watch.

Find A Movie is the more algorithmic and helps you find a movie that matches your current mood, like say a movie that’ll make you a bit reflective about the human condition like… Coach Carter or Brazil. 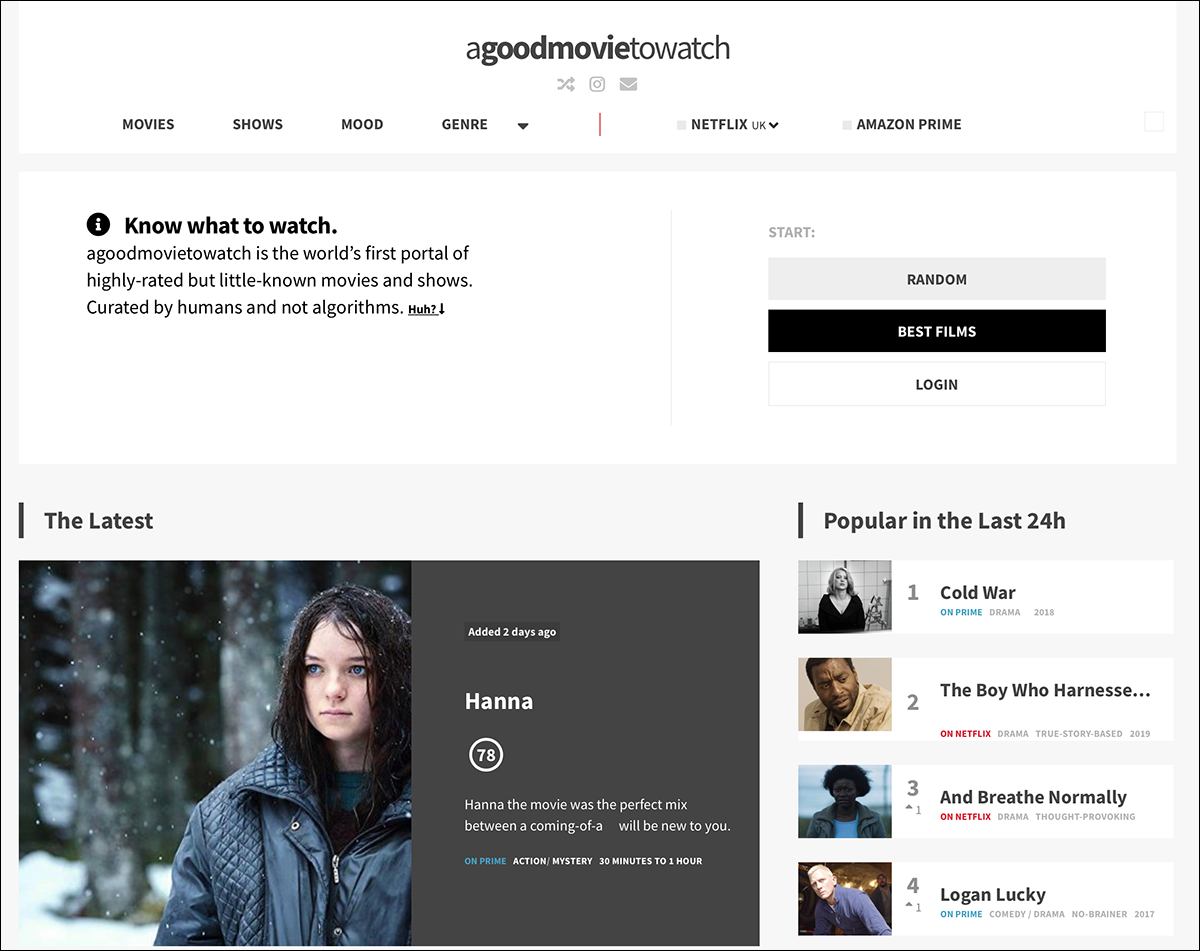 A Good Movie to Watch uses human curation to surface “highly-rated but little-known” movies. I adore a lot of their selections, but the best feature is that you can filter by where the movies are available to stream—you can even filter by Netflix country.

When you’re endlessly scrolling through Netflix looking for something—anything!—that you want to watch, Find A Movie or A Good Movie to Watch are where you should turn.

Sometimes the best way to find a great film is to go for something you’re not sure about. If it’s good, you win and broaden your tastes. If it’s bad, well, bad movies can be fun in their own ways, and you learn what you don’t like, which can be just as useful. Plus, if it’s really bad, you can always turn it off.

If someone you know—or a critic you respect—recommends something that’s a bit out there and you’re not sure fits your tastes, then watch it. Sometimes the best way to find a movie to watch is to take the decision entirely out of your hands.

READ NEXT
Harry Guinness Harry Guinness is a photography expert and writer with nearly a decade of experience. His work has been published in newspapers like the New York Times and on a variety of other websites, including Lifehacker. Read Full Bio » 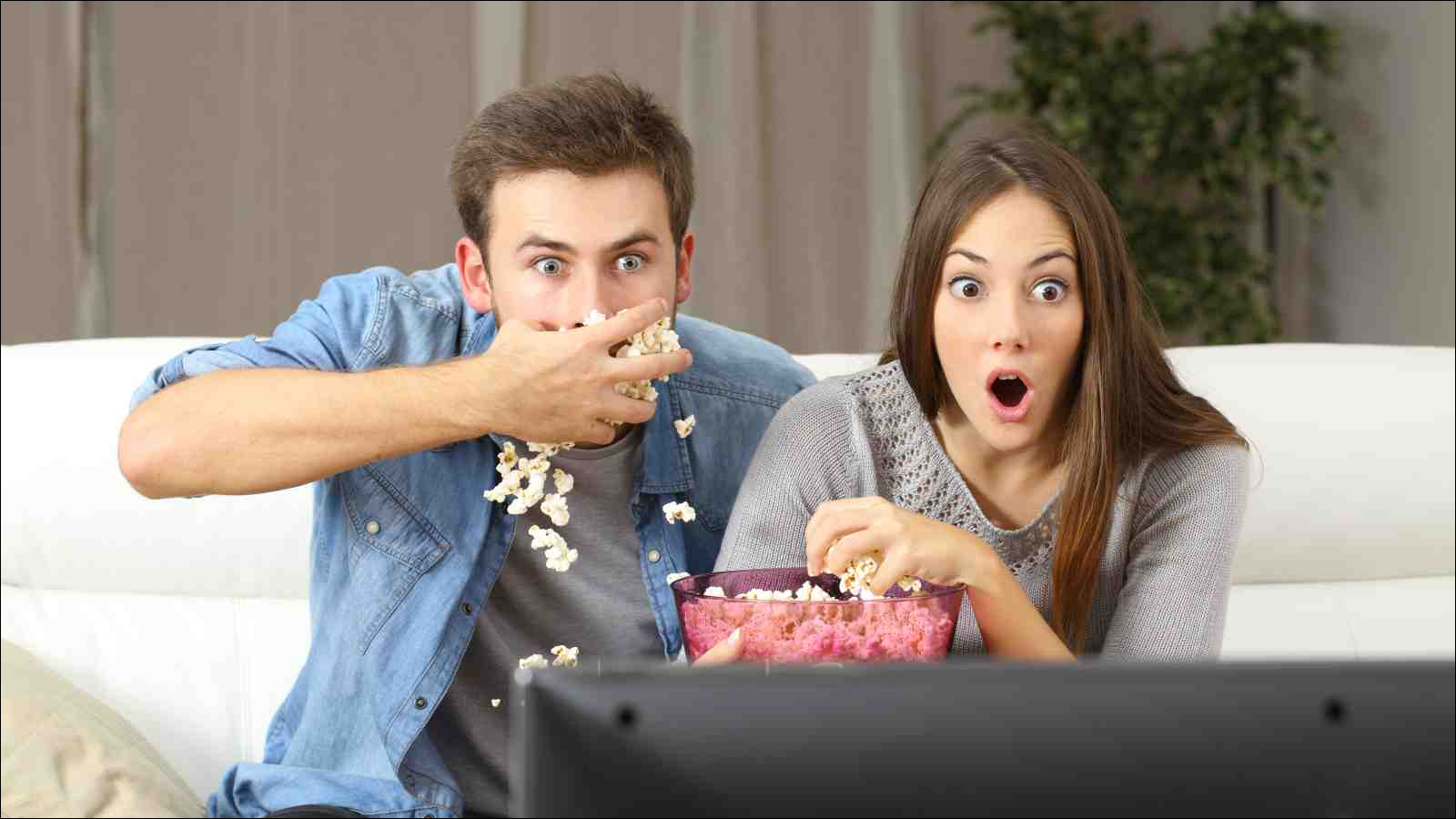