The news is a bit stressful lately. John Krasinski’s Some Good News show is trying to help alleviate all the bad with a bit (or a lot) of good news.

The former star of hit series The Office has launched a web series dedicated to bringing only good news to the masses. Last week, Krasinski sent out a tweet asking his followers for good news. The request appeared to be a personal one. Turns out, it was for his new show. Krasinski’s Some Good News debuted Sunday on YouTube.

As the name suggests, Krasinski’s show is meant to highlight the best portions of the news cycle, and his first episode featured stories of frontline healthcare workers, seniors serenading their loved ones in nursing homes, and even a cameo from his The Office co-star, Steve Carrell.

In the video, Carrell and Krasinski celebrated the 15 year anniversary of the iconic show discussing their favorite moments from filming, memorable episodes, and the ways the cast supported one another. As for a potential The Office reunion? There was no word, but the pair were certainly excited to be reunited virtually.

Before Krasinski signs off of the new show and network, he reminds viewers, “That’s it. That’s our show. I’m John Krasinkski. This is SGN asking you to remember that no matter how tough life can get, there’s always good in the world. We will see you next time.” 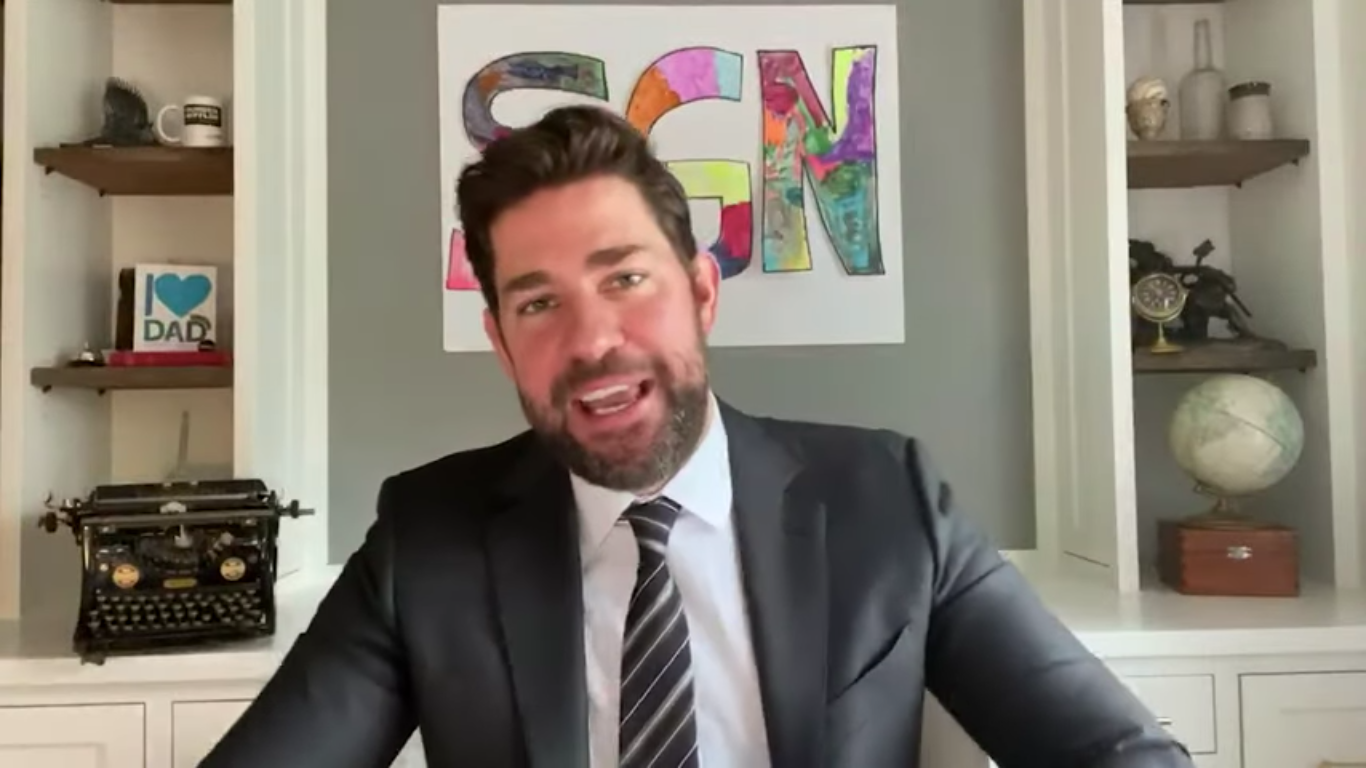