In case you aren’t familiar with the YouTuber in question, Colin Furze, boy are you in for a treat. He’s exactly the kind of high-energy fun you need to boost through your midweek doldrums.

Here’s the backstory to catch you up. Colin is a British YouTube personality who has built his video empire on a combination of his stunt man antics, crazy inventions, and way the two fuse together thanks to his infectious energy.

Five years ago, he dug up his backyard to build a ridiculously cool bunker and just recently, in light of the coronavirus pandemic, he cracked it open for a tour to show off how the ol’ hobbit hole has held up over the last five years.

Not only is the video a fun peek at the highlights reel of the bunker construction, but in revisiting the bunker Colin also runs through a greatest hits reel of some of his crazier moments in the bunker over the last half-decade—including playing a flamethrower guitar and showing off some of his other whacky inventions.

Start with the video above and then binge on the rest of his high octane stunts. 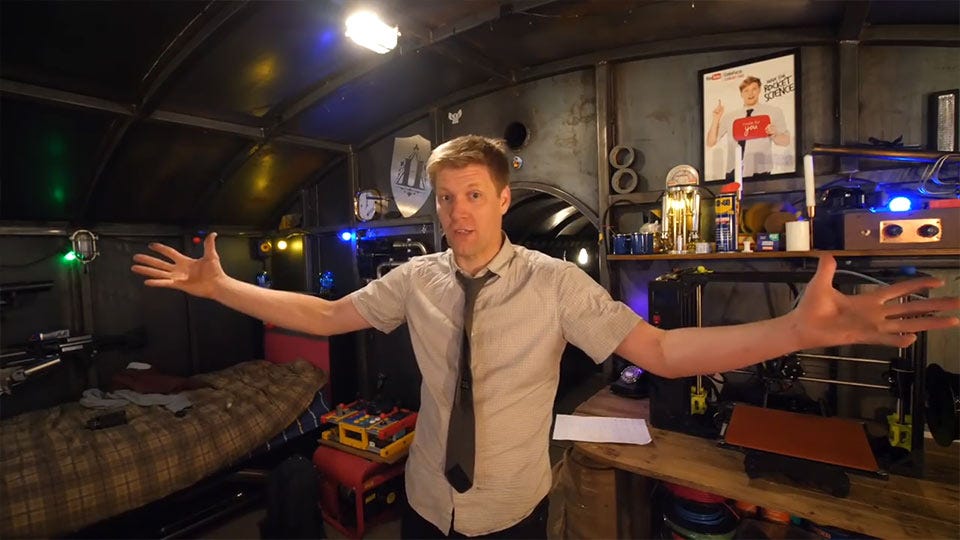