Queen of the Hamptons, Ina Garten, became a viral sensation this week, and no, it’s not because she found a new way to grow artisanal vanilla in her backyard. Garten’s Instagram cocktail recipe had the internet rolling, and not only does the drink look delicious, but the chef’s video is also a tongue-and-cheek quarantine must-watch.

In her IGTV video, Garten explains that during quarantine, she has been indulging in cocktails, keeping her cocktail hour tradition alive. Her favorite drink? A Cosmopolitan. As such, she’s blessing the internet with her recipe. The iconic Barefoot Contessa first begins by grabbing a pitcher (yes, an entire pitcher) and telling viewers people will be stopping by before joking that no, actually, no one is stopping by because hello, it’s a quarantine.

Garten then proceeds to empty both a bottle of vodka and a bottle of Cointreau into the glass (the glugging noises clue you in on just how much alcohol is in this baby), before adding cranberry juice and lime. She then pours some of the mixture into a sizable shaker and explains that you’ve got plenty of time to shake the Cosmo up for a full 30 seconds because, well, where are you going to go?

Finally, the host finishes off her recipe by pouring herself a glass, and by glass, she meant a martini glass bigger than her head. Because hey, go big or go home, right?

Apparently, the internet identified with Garten’s need for a happy hour. The video is sitting pretty at over 2 million views, and celebrities like Reese Witherspoon and Katie Couric have all chimed in on Garten’s comments section.

The next time you need a little quaran-pick-me-up, Garten’s got you covered. 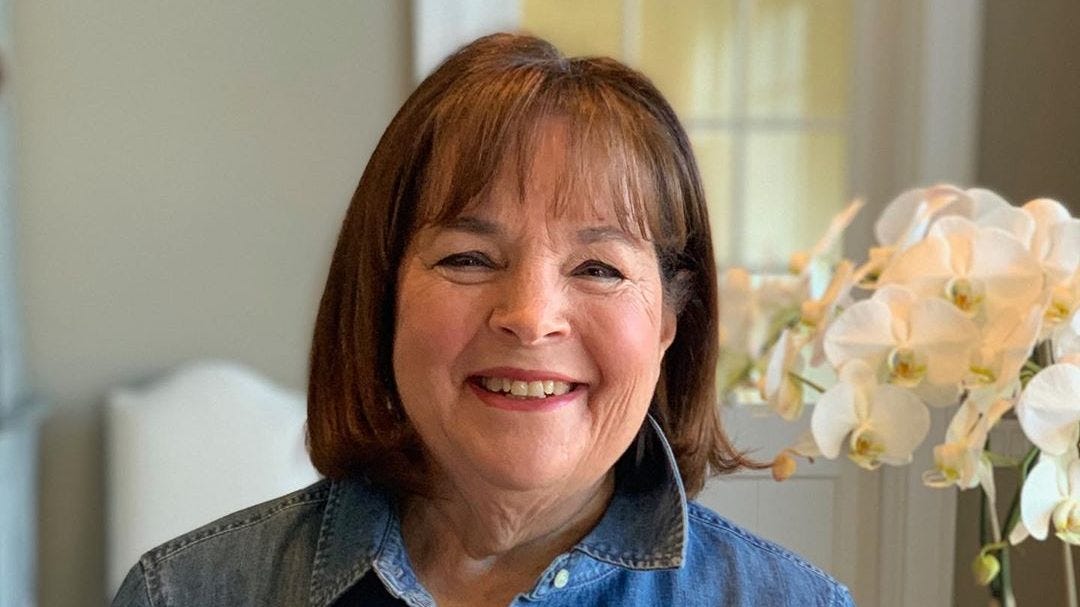