Get ready, ’90s fans. The Nanny is having a reunion, and while, no, the series isn’t returning to television, you can still catch the infamous nanny from Queens on your screen soon.

According to Variety, the original cast of the hit sitcom reunited on Apr. 6 in a table read of the original episode. The outlet reports that a fan asked The Nanny star Fran Drescher for the original series to hit streaming, but instead, she promised something else coming soon. That something else turned out to be a cast reunion.

Every original star of the show including Drescher, Charles Shaughnessy (Mr. Sheffield), Daniel Davis (Niles), and Lauren Lane (CeCe) will all be reprising their roles in a Zoom conference call reading set to hit the Sony Pictures YouTube on the morning of Apr. 6.

Awe hang in! We got a surprise for you! Announcement this week! Stay tuned! Weeeee!!!👏🏼 https://t.co/DTe4rE6IRc

According to Variety, Drescher explained the decision citing laughter as a balm during stressful times. “It’s a once in a lifetime Pandemic Performance for our fans around the world who are currently stressing in isolation and could use a real upper,” she says. “It sure has given each of us a lift and we hope it does for you as well.”

If you want to catch The Nanny reunion head over to the Sony YouTube now and prepare for a comedic dose of nostalgia. 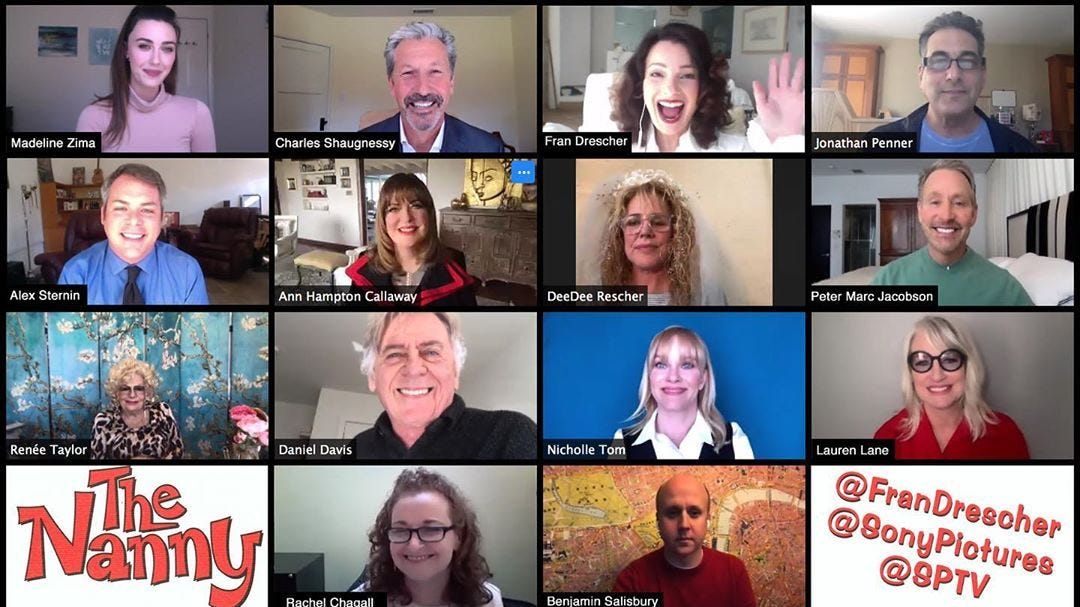