As each holiday approaches, we begin to yearn for the foods that remind us of childhood. Whether it’s pastel-colored eggs or the aroma of sweet bread, Easter often triggers some food nostalgia.

Let’s take a trip through history and find out where some of these traditional foods originated, and how they became synonymous with Easter.

Roast lamb is an Easter hit every year, and many stories explain why. The tradition of eating lamb goes back to early observances of Passover, before the birth of Christianity.

In those early days, horrific plagues struck Egypt, causing the deaths of all firstborn sons. This terrible event led the Jews to paint their doorsteps with lamb’s blood so God would “pass over” their homes.

From there, roast lamb became a traditional Passover meal, and it was then carried over to Easter by Jews who converted to Christianity.

Furthermore, Jesus Christ is also referred to as the “Lamb of God” in the Bible. Many people eat lamb on Easter to represent his sacrifice.

In a much less biblical sense, sheep are naturally tuned to give birth in early spring. This allows the lambs to reach a few months old by Easter.

While most of the world enjoys lamb for Easter, Americans often opt for baked ham.

In the U.S., as the demand for wool began to decline, legs of lamb were more challenging to find. Pork was one of the few types of meat available in the spring, so it quickly became a practical alternative to lamb.

Pork was also available in larger quantities for cheaper, so it made sense to choose it over lamb in those times. Farmers could easily cure and preserve pork in the winter so that by spring, families would have plenty of satiating meat to enjoy.

As time passed, people continued to eat Ham in the spring, and it eventually became an Easter tradition.

As Easter approaches, spring decorations and pastel-colored eggs fill store shelves and homes. Some people celebrate with deviled eggs, while others shower their kids with baskets full of candy and treats.

Which brings us to the next question: Where did chocolate eggs come from? In the 18th century, it was fashionable to give paper-mache eggs filled with small gifts. Over time, this tradition evolved into gifting chocolate eggs.

On a more religious note, eggs symbolize the resurrection of Jesus Christ. Many people paint eggs red to signify the blood of Christ.

Eggs were also one of many foods forbidden during Lent. This is why, after the 40 days of fasting had ended, people started decorating and eating eggs to celebrate Easter.

In Christianity, bread symbolizes the body of Christ (and the word of God), as it was served at the Last Supper.

You’ll often notice Easter bread is shaped as a braided wreath. This represents the crown of thorns Jesus wore during the crucifixion. The three strands of dough each signify an element of the Holy Trinity: the Father, the Son, and the Holy Spirit.

Many people bake these beautiful loaves of bread and place some pasted-colored eggs on them as a symbol of new life.

Hot cross buns are another popular Easter bread. They’re also a celebration of the end of Lent because the buns are made with many prohibited ingredients. The icing cross on top represents the Holy Cross.

Soup is another meal many people eat worldwide on Easter Sunday. Magiritsa, a traditional Greek soup, is enjoyed once a year to celebrate the end of Lent. It’s made of leftover liver, heart, and other parts of the lamb to ensure nothing goes to waste.

Borscht is a traditional Polish soup many enjoy on Easter Sunday. Its ingredients signify every part of life. Eggs, sausage, and potatoes all go into this hearty, delicious soup.

Now, the next time someone asks about the significance of any of these delicious Easter foods, you’ll be able be to fill them in before the food coma hits. 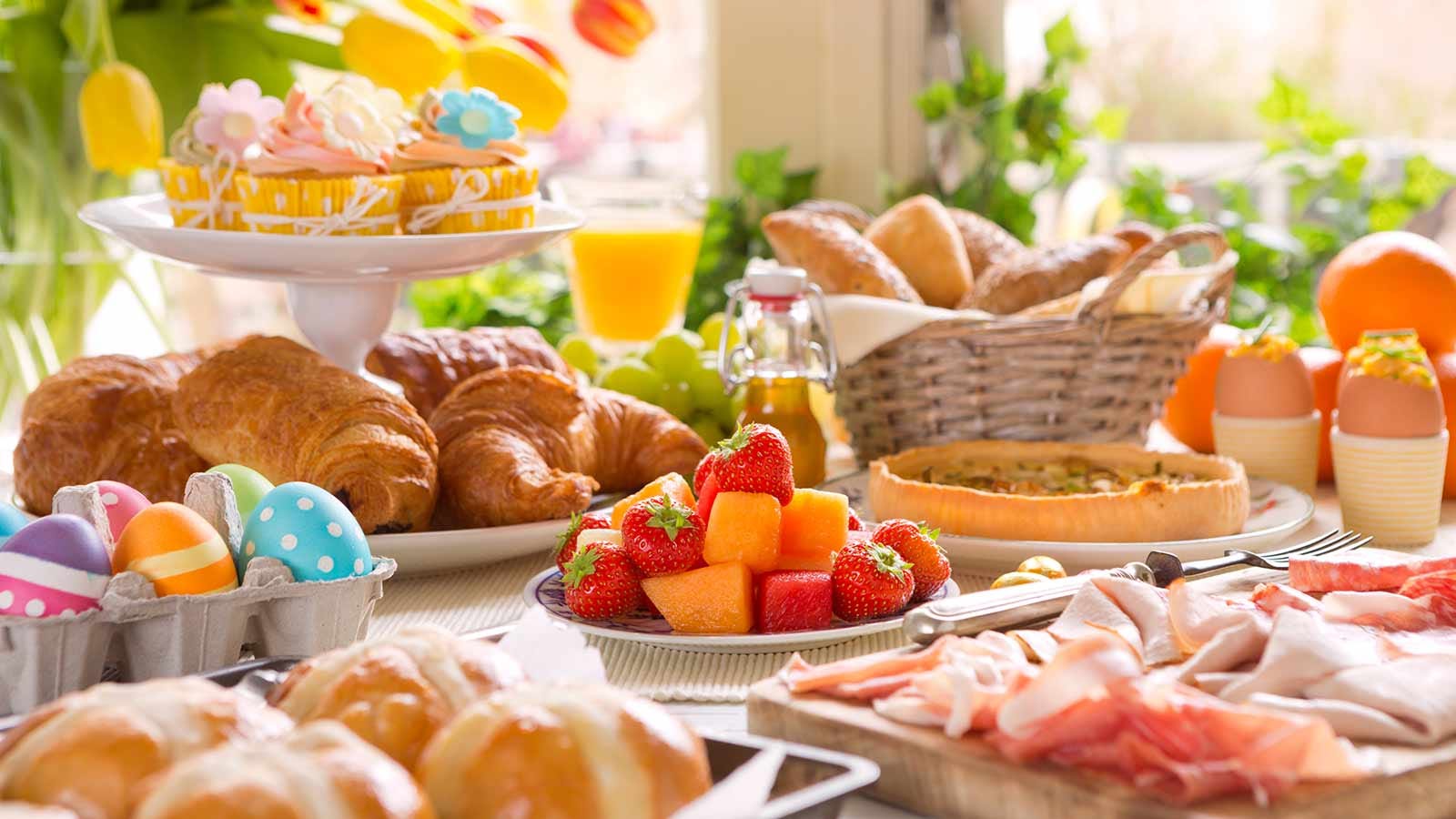