The news is grim—a pandemic or not. But John Krasinski is hoping to help change that. The former The Office star has started his own news network on YouTube, and the original Hamilton cast reunited to bring some much-needed cheer into the world.

Fans of the smash-hit Broadway musical written by and starring Lin Manuel Miranda will know that the original cast members have not performed together for some time now. (Many of them left the show back in 2016.) Krasinski, however, was able to get them to join forces once again to surprise a girl named Aubrey who was unable to attend a performance of the production due to the oncoming coronavirus pandemic.

At first, it seems Krasinski has just given her a plane ticket and tickets to see the show on Broadway (not that that’s anything to balk at), but there’s so much more coming. Not only does Lin Manuel Miranda pop up in the video chat, but soon cast members like Leslie Odom Jr, Daveed Diggs, and Phillipa Soo are singing the show’s titular number “Alexander Hamilton” live to Aubrey.

Aubrey’s surprise came in the second episode of Krasinski’s new project Some Good News, a YouTube news network where the actor focuses solely on the good news often left out in the current cycle. 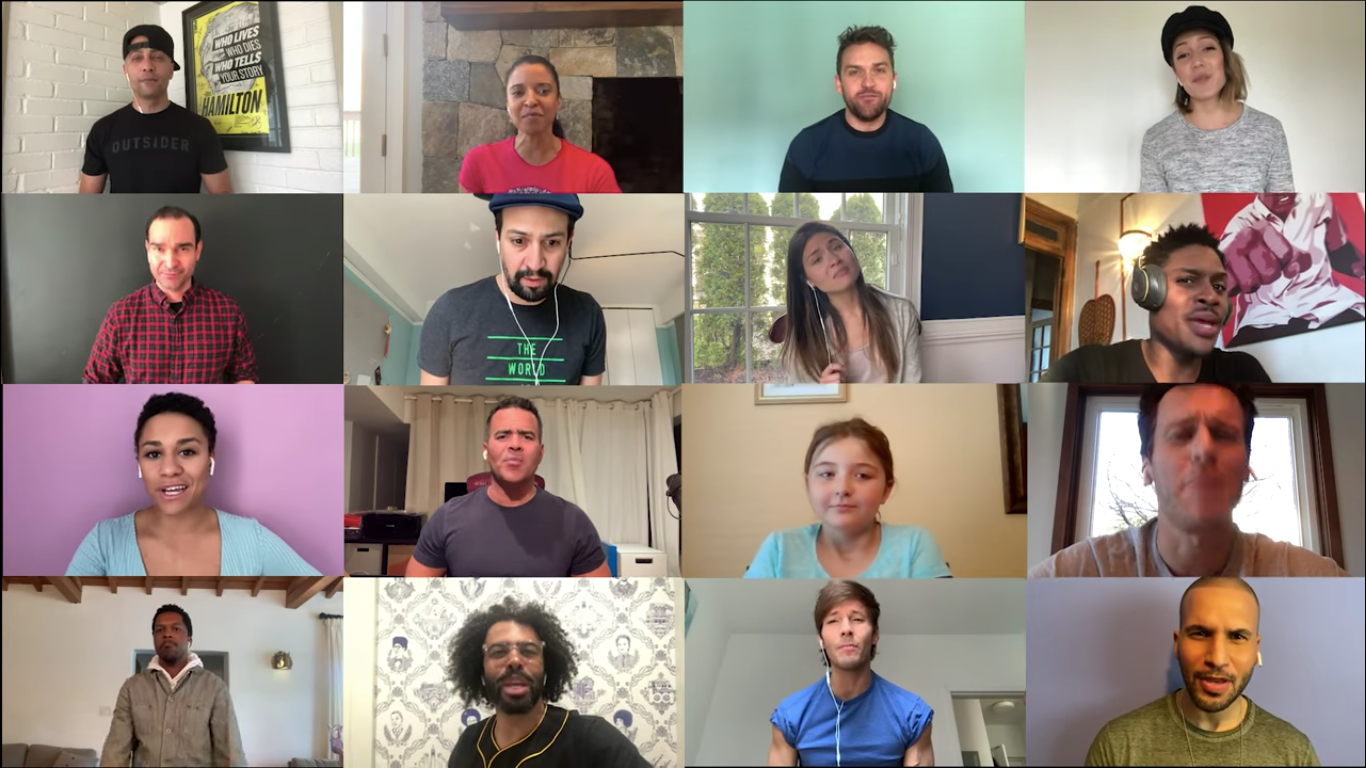