As there are several space-related holidays coming up, we’re inspired to review what’s been achieved thus far. Let’s take a look back at six amazing moments from the last 40 years of space exploration.

What’s inspired us to look at space exploration right now? On April 12, Yuri’s Night commemorates that date back in 1961 when Yuri Gagarin became the first human in space. Then, the first Friday in May is National Space Day, reminding us of our ongoing interest in space exploration. Of course, on May 4, everyone breaks out their worst Star Wars puns for Star Wars Day—may the fourth be with you!

The history of space exploration—and the media it’s inspired—gives us a lot to celebrate. We’ve walked on the moon more than once, and people are living on the International Space Station right now.

However, there are many more historic space triumphs to remember—here are some of our favorites!

On Valentine’s Day, 1990, as it sailed toward the outskirts of our solar system, astronomer Carl Sagan suggested Voyager 1 take one last picture of Earth.

Many famous images of Earth taken from space show amazing details of blue water, green land, and hazy white clouds. But Voyager 1’s image, which came to be called “Pale Blue Dot,” is remarkable for the opposite reason: it shows no details at all.

From 4 billion miles away, Earth is nothing but a tiny speck, practically hidden by rays of light from the sun. This image was one of the first to prove just how small we are on the cosmic scale.

The word “Hubble” has become practically synonymous with space knowledge over the last 30 years. The world’s first space telescope, the Hubble launched in 1990. Since then, it’s given us some of our most iconic space images. Pictures like the “The Pillars of Creation” look like something straight out of science fiction, but they’re real images of our universe.

With the Hubble, we learned that even parts of the sky that appear empty are actually populated with thousands of galaxies that are too distant for other equipment to see. One of the most famous Hubble photos is “eXtreme Deep Field.” It’s one of the farthest-reaching images of the universe in existence, and it shows so many galaxies, they look like colorful confetti.

Since landing on Mars in 2012, the Curiosity rover has given us some of our most revolutionary information about the red planet. This car-sized rover has spent years driving around the surface of the planet, taking pictures and scrutinizing the soil to see if it could support life. The results aren’t conclusive, but what Curiosity has found suggests life on Mars might actually be possible.

In 2012, the Voyager 1 probe officially left the solar system, and, to this day, it’s still the farthest spacecraft from Earth. Voyagers 1 and 2 launched in 1977, and, surprisingly, they both still send us data.

In 2018, Voyager 2 made it outside our solar system. These probes were originally designed to explore the solar system’s outer planets, but their amazingly long ranges are now helping us learn about interstellar space.

Whether it’s technically considered a planet or not, Pluto’s position at the far edge of our solar system makes it fascinating. In 2015, New Horizons was the first spacecraft ever to visit Pluto.

In launched in 2006 and captured some important pictures of Jupiter and its moons on its way to Pluto. When it finally reached Pluto, the spacecraft sent back surprising images of 11,000-foot high mountains, a mysteriously flat plain, and weird ice hills.

The discovery of ice on celestial bodies is always a big deal due to water’s connection to life on Earth. Until 2018, it was believed our moon was just a dry hunk of space rock.

Then, the Chandrayaan 1 orbiter from the Indian Space Research Organization sent back data showing water ice on the moon, near its poles. Ice has been discovered on other planets, but finding it on the moon was especially surprising since decades of exploration had suggested it was dry. Our next riddle to solve is where that water came from.

Space exploration is still going strong, with new revelations, big and small, happening every year. From incredible images of distant galaxies to learning more about our own moon, these triumphs of space exploration are an inspiring testament to human innovation. 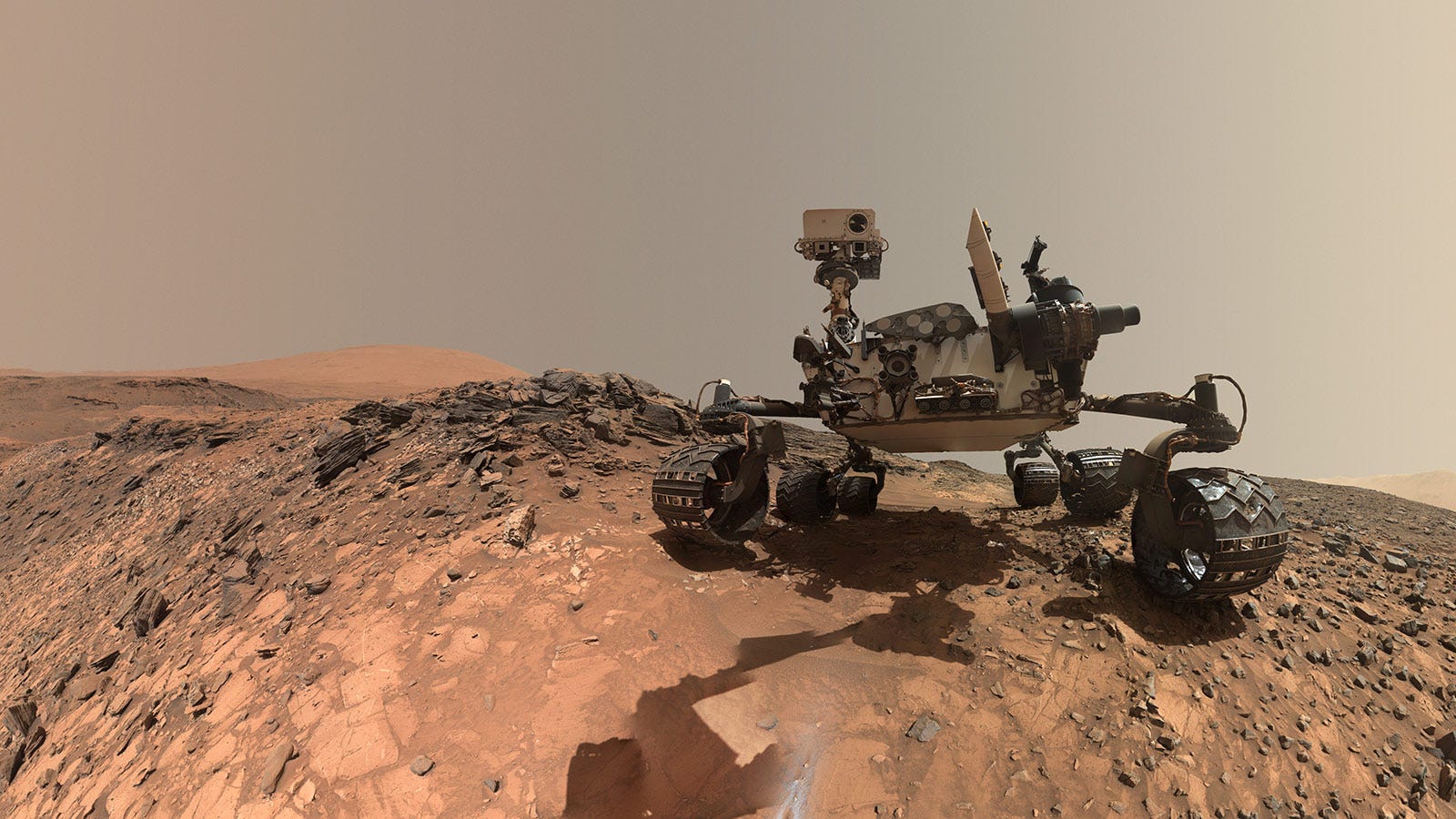