When you have no idea what to do with yourself, take a break from technology and grab a board game! There are tons of family-friendly picks that are way more enjoyable than Monopoly.

Board games are entertaining, and they can even be exciting with the right amount of competition. We’ve selected some of our fave family-friendly board games that kids, teens, and adults will all enjoy!

Utter Nonsense is a simple concept: you combine silly voices and accents with silly phrases to create sayings that are, well, utter nonsense (get it?). It sounds weird until you start playing. Once you do, though, the random mix of mismatched accents and phrases will have everyone laughing.

Each round, one person is the judge. Everyone else has to state the phrase with the voice or accent indicated, and then the judge picks the best one. This game is great for big families (up to 20 people can play). Kids ages 8 and up will enjoy it, too.

Also, this is not the original adult version of the game—we assure you this one is PG.

Utter Nonsense is a silly game in which you combine accents and voices with random phrases.

Think of Not Parent Approved as the kid version of Cards Against Humanity (the game that inspired it). You play it the same way. Everyone gets a stack of cards and, in each round, a phrase card is drawn. Each person then chooses a card to go with that phrase. The idea is for it to sound hilarious and slightly ridiculous.

Some parents have also claimed this game can help with reading comprehension and inspire creativity and imagination in younger kids. Still, it’s not too immature for tweens, teens, and adults. This one is great for four to 10 players, from age 8 and up.

Not Parent Approved is the kids' version of Cards Against Humanity.

Blank Slate is an award-winning game that’s easy to follow and fun to play. Everyone writes a secret word that completes a phrase on the cue card. Players get points from there based on how well it goes. If you match a word with only one other person, you get the most points. So, the trick is to be clever, but not too clever.

This is another game that encourages creative, out-of-the-box thinking. It’s perfect for families, and kids ages 8 and up.

The Op Games Blank Slate Board Game, board games and card games

Blank Slate is a fun, easy-to-follow game the whole family will enjoy.

Need to get the family moving a bit? Give Throw Throw Burrito a shot! It’s the world’s first dodgeball card game, which is kind of exactly what it sounds like. Each player tries to collect matching sets of cards faster than their opponents, while also dodging and throwing burritos.

You earn points as you collect cards, but every time you get hit with a burrito, you lose some. You can also steal points by hitting people with burritos. You don’t wanna play this game in a room filled with valuables, but it’s really fun!

Two to six people, including kids ages 7 and up, can play.

What Do You Meme? Family Edition

If your family appreciates a good meme, they’ll love What Do you Meme? Family Edition. Every player gets cards with phrases on them, and, each round, a meme card is presented. Everyone then selects a phrase to go with the meme. The judge decides which is the funniest, and that person wins the round.

There are 300 caption cards and 65 meme cards, which means there’s plenty of playing time. It’s great for kids, too!

What Do You Meme? Family Edition Game

What Do You Meme? is the funniest game for anyone who loves memes.

World of Disney Eye Found It

If you have younger kids, try World of Disney Eye Found It. Made for kids age 4 and up, it’s fun for adult Disney-lovers, too. The game’s six-foot board is fun on its own, but it’s also easy to figure out.

You set the clock to one, and then players have to work together to get to Cinderella’s castle before midnight. When it’s your turn, you spin, and then move, search, or tick the clock forward.

Players can go on different adventures with all their favorite characters. This game might not require a lot of brainpower, but it’s still fun and will keep your little ones entertained!

World of Disney Eye Found It is great for kids age 4 and up and will keep them entertained!

Kids Against Maturity is another fill-in-the-blank game the whole family will love. Everyone has a set of cards, and, each round, the reader puts down a card. Everyone else then chooses their funniest card to go with it. The reader then picks his or her favorite one.

There are also some fun, kid-friendly rules here. For example, the first reader is the person with the hairiest knuckles, and the winner gets an Atomic Wedgie from the person who lost the worst. It’s great for families of four or more and is sure to have everyone laughing.

Kids Against Maturity is full of kid-friendly rules and guaranteed laughter.

Although it’s a bit different from the other games on our list, Ticket to Ride is still really fun and bound to entertain. To play this game, each player lays train tracks and creates routes, and it’s full of strategy and competition.

It’s more fun with two to five players and encourages lots of imagination and thinking. Because it includes small parts, though, this game isn’t recommended for children 3-years-old or younger.

Days of Wonder Ticket To Ride Board Game

Ticket to Ride is an award-winning strategic game that will have everyone competing.

The award-winning Exploding Kittens game is described as “a highly strategic, kitty-powered version of Russian roulette.” If you draw an exploding kitten card, you lose. If you don’t, you win. It’s easy to learn and will make everyone laugh. This game is the perfect silly antidote to anything serious going on (like now).

Two to five people, age 7 and up can play Exploding Kittens.

Exploding Kittens is a silly, fun card game for the whole family.

Looking for something that requires a little more thinking and strategy? Try Ravensburger’s Labyrinth Board Game. It features a maze, mythical characters (including a dragon and ghost), and lots of mystery.

Players have to find objects and characters while they move through a maze that’s constantly changing. The player who makes it back to the starting square first wins.

Labyrinth works best with two to four players, and kids age 7 and up can play.

Ravensburger Labyrinth Family Board Game for Kids and Adults Age 7 and Up - Millions Sold, Easy to Learn and Play with Great Replay Value (26448) 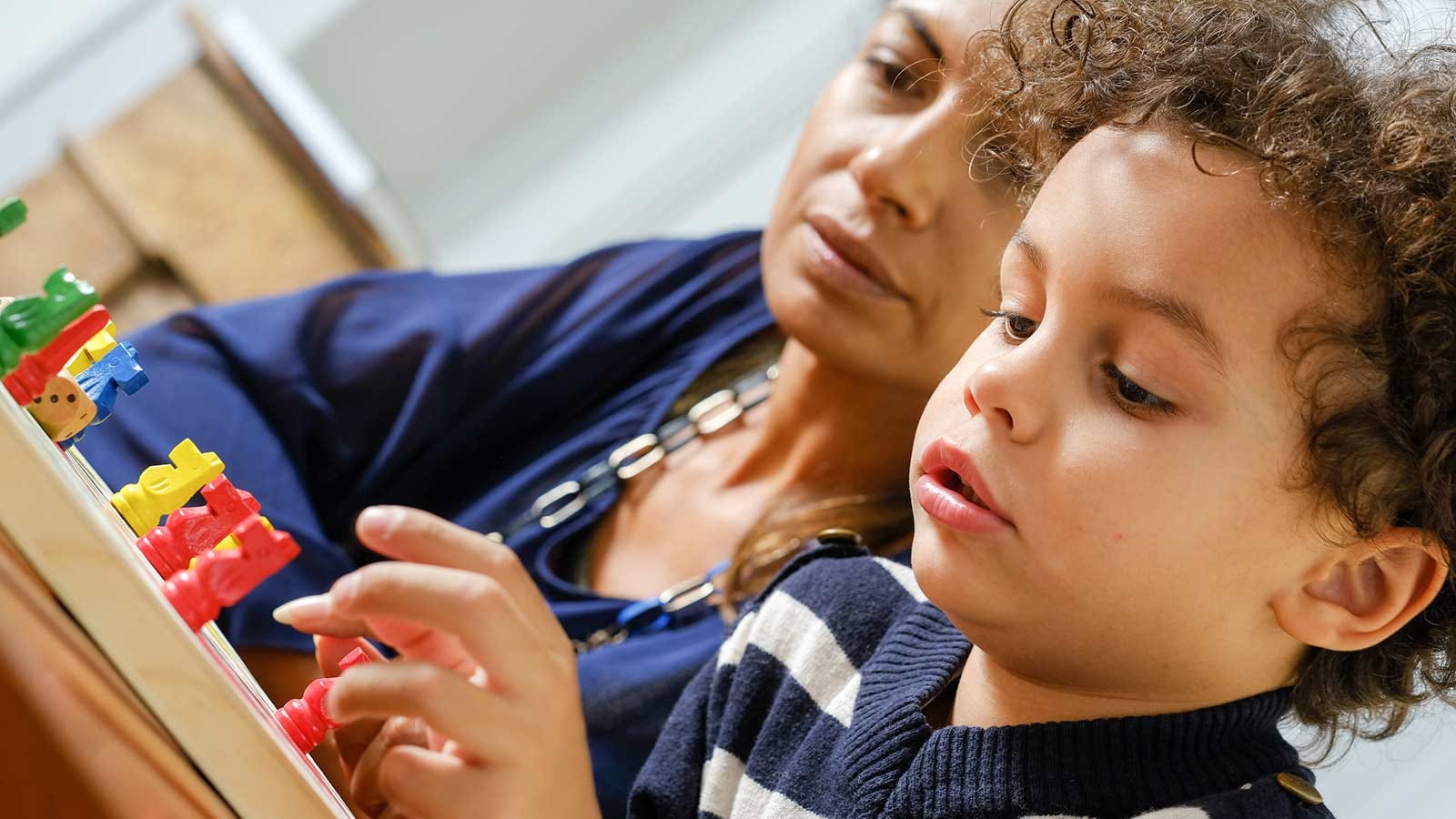