Looking for a show to binge that combines the stress of living through a pandemic with excellent acting, plot twists, and maybe even a positive resolution? Here are nine binge-worthy pandemic-related TV shows to dig into.

Can we promise they’ll teach you real-world pandemic survival skills? Not necessarily, but you’ll definitely see a whole lot of what not to do when the world gets turned upside down.

RELATED12 Gorgeous Movies to Watch If You Miss Traveling

Before we dive in, though, we do understand not everyone is into scary or intense content. If you’re not super-pumped about watching something about a zombie pandemic or a global virus outbreak, we don’t fault you one bit. Check out our beautiful travel movie recommendations, instead.

While the CW’s best-known shows are for teenagers and about superheroes, that’s not its only focus. Unfortunately, they decided to keep this series short (13 episodes), and Containment only lasted for one season.

Based on the Belgian TV series, Cordon, the U.S. version deals with an epidemic that starts in Atlanta. Part of the city is put under quarantine or “cordoned off” (hence, the name of the original series). The people within the quarantine zone have to do what they can to survive without any help from the rest of the city.

This show offers a look at what things would be like if only one area of a city or state was blocked off during an outbreak.

Containment is currently streaming on Netflix.

The Walking Dead is probably one of the most famous shows about outbreaks and viruses right now. It also happens to have zombies (aka “walkers”). Based on a series of graphic novels, the show starts in the aftermath of the outbreak. You follow different characters through what life is like in the “new” world.

If 10 seasons (so far) of The Walking Dead aren’t enough to feed your post-apocalyptic zombie sweet tooth, check out the prequel spin-off, Fear the Walking Dead. That one takes place as the apocalypse is happening.

The Last Ship is a TV series that ran from 2014-18. Its five seasons were loosely based on the novel The Last Ship by William Brinkley. The show follows a Navy crew who are the only people unaffected by a viral pandemic that’s wiped out more than 80 percent of the world population. The 218 crew members end up being the only hope for the other 20 percent when it comes to finding a cure to stop the virus.

It’s a very edge-of-your-seat thriller and might hit a little too close to home for some folks, given the current state of the world.

You can watch The Last Ship on Hulu.

Zoo was originally a book by James Patterson and Michael Ledwidge. It was adapted into a television show that ran for three seasons from 2015-17.

It’s a frightening depiction of what could happen if a strange virus turned all animals into ferocious, people-killing machines—including cute, cuddly pets.

You can enjoy all three seasons of Zoo on Netflix.

In the midst of an actual pandemic, what better show would there be to watch than one called Pandemic? This Hallmark Channel miniseries aired as two, one-hour and twenty-five-minute episodes in 2007. It starts on a beach in Australia, and follows a couple of surfers back to their homes—one goes to the U.S., and the other stays in Australia.

Both surfers die quickly, leaving a wake of death and disease behind them. Some dead birds on the Australian beach indicate the illness is some kind of bird flu. And, shooting a little too close to home right now, the virus attacks the lungs.

If you’re brave enough for an absolute case of life imitating art, you can watch Pandemic for free with Amazon Prime.

Helix is a two-season long series that originally aired on the SyFy channel. It’s about a team of scientists investigating the outbreak of a disease in the Arctic. Members of the CDC find themselves in a life-or-death situation while trying to figure out how to prevent the outbreak from spreading.

The show is dramatic and one-of-a-kind. It’s much like watching a horror movie split up into TV episodes. Each one will have you on the edge of your seat.

A loose adaptation of the movie of the same name, 12 Monkeys aired on the SyFy channel for four seasons, from 2015-18. The show uses time travel as a way to stop a nasty virus from spreading and mutating in the future.

In 2043, the world is faced with extinction due to a virus that wiped out billions of people in 2017. Two people travel back to 2015, where they start an earth-saving mission to combat the plague before it does its initial damage.

All four seasons of 12 Monkeys are available on Hulu.

The Hot Zone is a miniseries based on a book by Richard Preston. The six episodes aired on National Geographic in 2019. The show is about an Army scientist who discovers an outbreak of Ebola that could be extremely deadly.

Rather than just repeating the plot of the movie Outbreak, the monkeys here are quarantined in a facility. However, this doesn’t prevent the doctors who work there from contracting the virus and spreading it.

You can watch all of The Hot Zone for $9.99 on Amazon Prime.

The Strain is a clever series that ran for four seasons, from 2014-17. Instead of your typical virus, this strain turns people into vampires. When the viral strain of vampirism begins to spread, a team from the CDC tries to stop it.

This show has an eerie edge to it, given the combination of vampires and a plague. It’s definitely worth a watch if you enjoy some modern science coupled with old-world mythos.

You can check out all seasons of The Strain on Hulu. 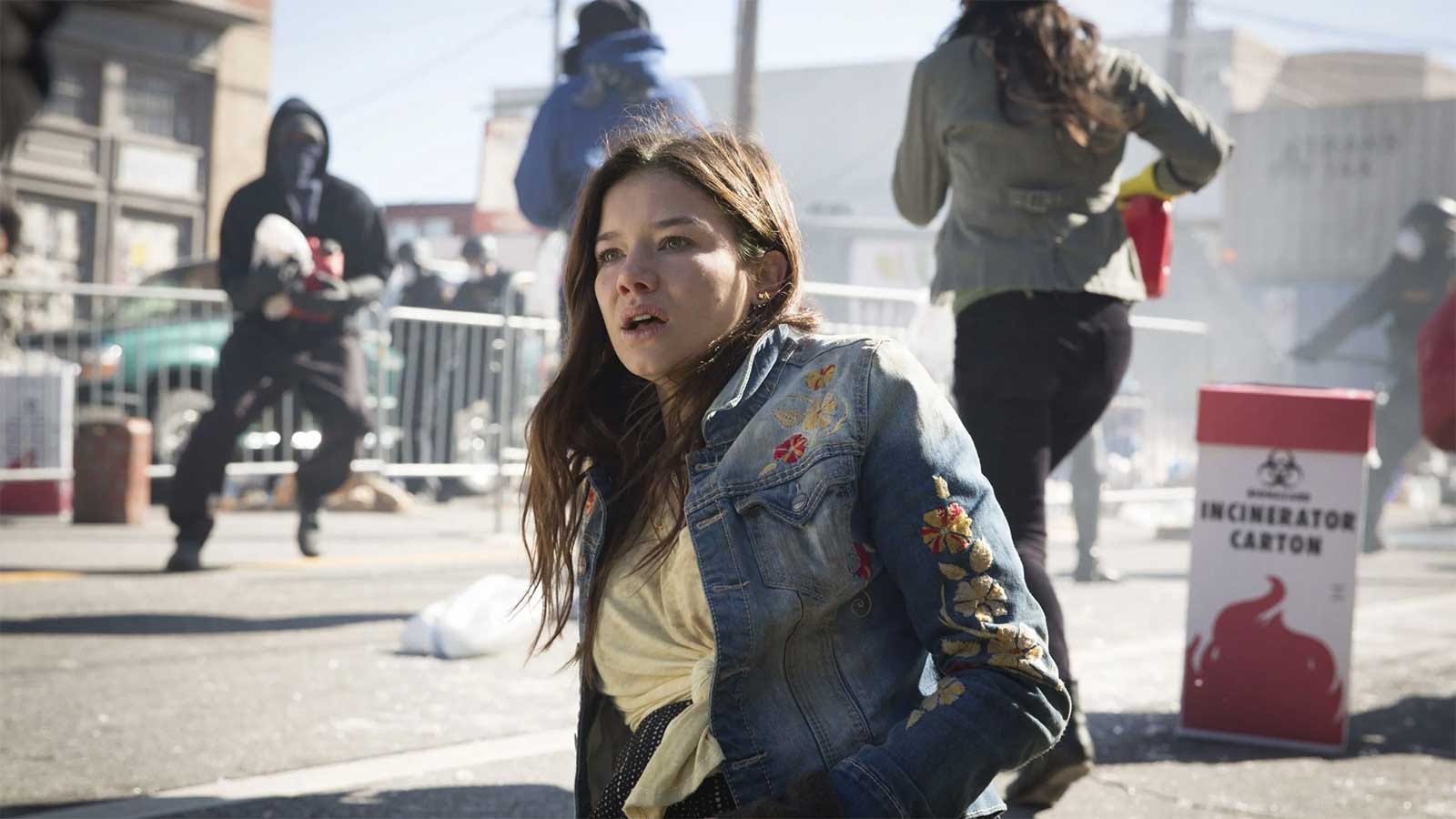