Long before Talk Like A Pirate Day arrives in September, there is Talk Like Shakespeare Day on April 23. If you’ve ever wished to speak like the Bard of Avon, now is your chance.

The Language of Shakespeare

Most people have at least read some Shakespeare, like the heartbreaking tale of Romeo and Juliet. The dialect in Shakespeare’s writing reflects the way people spoke in his time but is also laced with rhetoric and metaphors. While most people will only ever read Shakespeare, his works are meant to be spoken aloud.

The language Shakespeare wrote in is most often referred to as Elizabethan English. It’s a style of Olde English and a bit unlike what we speak today, but thou hast not lived until one hath spoken in this tone of language.

Get Started With Some Shakespeare Quotes

Shakespeare isn’t entirely quotable in any setting, but there are some good lines that people like to repeat when the right moment arises. These quotes will springboard you from your normal way of talking into the world of words Shakespeare crafted.

Romeo and Juliet, Hamlet, and many other written works of Shakespeare are required reading in high school and college, so you’ll likely have heard some of these lines whether you’ve watched a movie based on Shakespeare or not.

One of the most popular of his quotes comes from Hamlet; “To be, or not to be: that is the question.” Of course, there’s more to the line than that, but this is the part that most of us have uttered from time to time, even if in jest.

Hamlet was rife with quotable lines, as are most of Shakespeare’s works. But, alas, another great line comes from the Hamlet quote, “This above all: to thine own self be true, And it must follow, as the night the day, Thou canst not then be false to any man.” “To thine own self be true,” is the part of that most commonly uttered.

If you want to speak to your romantic partner in the words of Shakespeare, it’s always worthwhile to quote Romeo and Juliet, for “What’s in a name? That which we call a rose
By any other word would smell as sweet…” And, “Good night, good night! Parting is such sweet sorrow, That I shall say good night till it be morrow.”

Quotes only get you so far, however, if you want a start crafting your own clever sayings, you’ll need a bit of a crash course in Elizabethan English to properly mimic the style. This humorous 4-minute video covers a lot of ground:

As you see, there is a certain way to speak, if thou wants to celebrate National Talk Like Shakespeare Day. Use the quotes, look up more quotes, or come up with your own Shakespearean saying. And remember, All the world’s a stage, And all the men and women merely players: They have their exits and their entrances; And one man in his time plays many parts.” 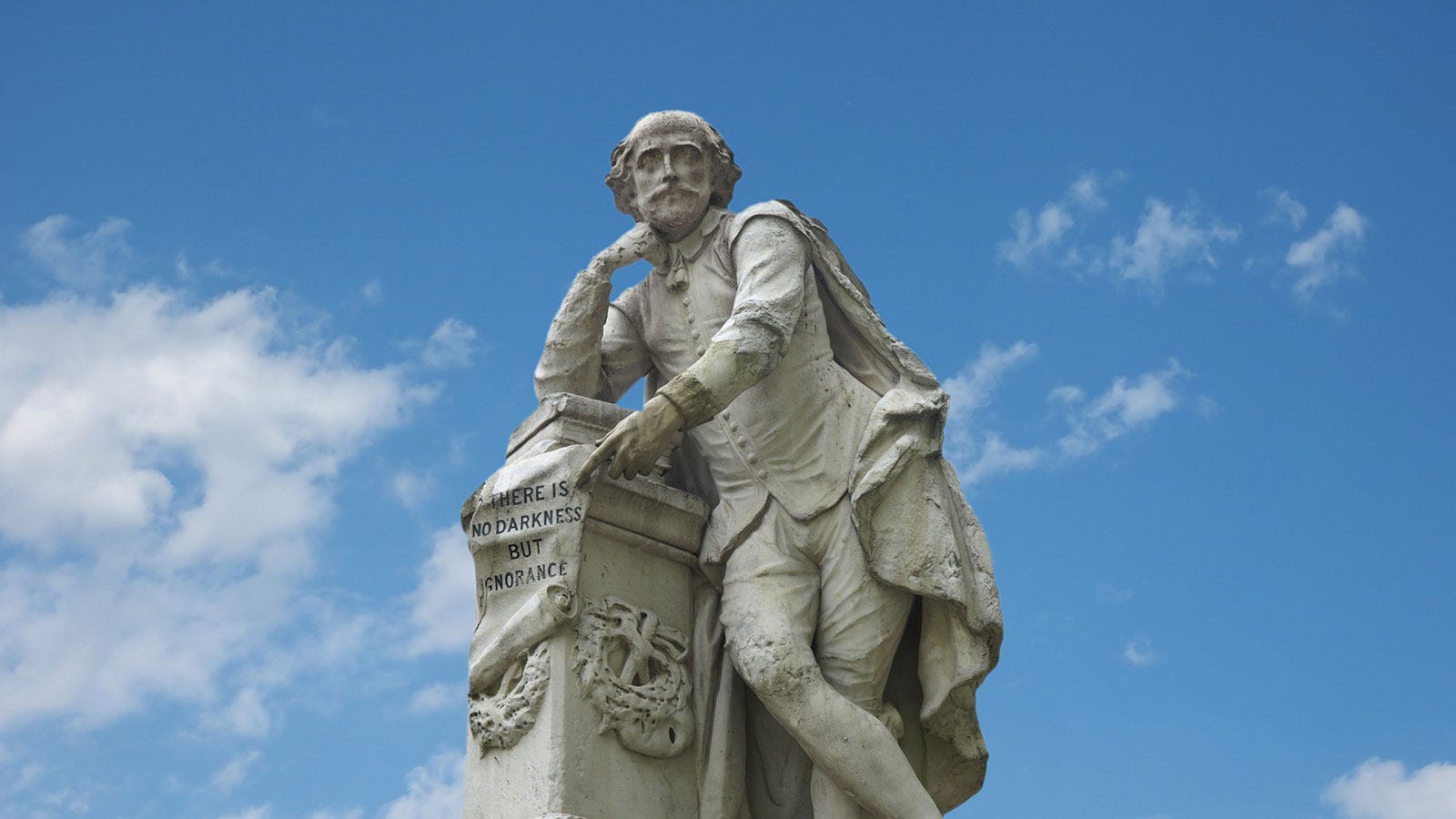