High school seniors and their parents and guardians have been mourning the loss of traditional rites of passage like graduations and proms. But John Krasinski’s Some Good News hosted a virtual prom to help those missing out due to stay-at-home orders feel a bit less alone.

Krasinski’s prom may have been virtual, but it featured many of the same staples of a regular big dance—just amped up a little. The event began with Krasinski highlighting the father-daughter duo who went viral for their living room dance before moving into some serious star power appearances.

First up was Krasinski’s The Office co-star Rainn Wilson, and the pair were soon joined by musical guest Chance The Rapper. Fast forward and Office super fan Billie Eilish and her brother Finneas have joined in, and then there was a full-on Jonas Brother’s performance.

Definitely not your regular prom.

While the attendees—of which there ended up being 240,000 according to the livestream—may not have been able to reunite with their friends and head to the nearest all-night breakfast spot after dancing, but thanks to Krasinski and his YouTube news show, they can still have a memorable night.

If you want to check out more of Krasinski’s Some Good News, you can check out the positive news show’s YouTube page. 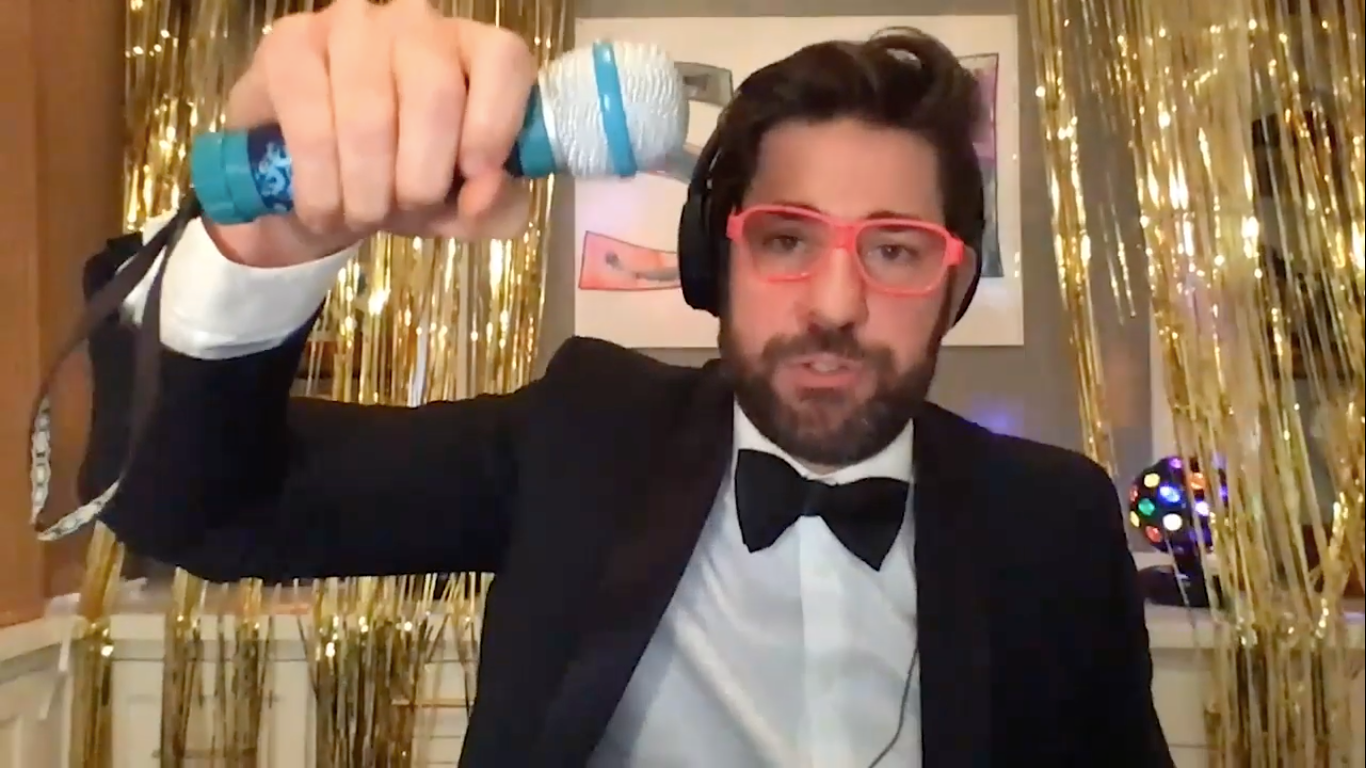