The cast of Parks & Recreation is reuniting. The Nanny had a reunion, and now, The Goonies have joined in on the trend of reunions during social distancing. The gathered on actor Josh Gad’s YouTube series and dished on the potential for a sequel.

Gad, who’s most famous for his plethora of roles in Disney franchises, is hosting a show called Reunited where he’ll be, well, reunited casts for charity. In his first episode, the actor brought back Goonies cast members like Sean Astin (Mikey), Josh Brolin (Brand), Corey Feldman (Mouth), and Ke Huy Quan (Data).

The video features several memorable moments like Gad doing the Truffle Shuffle, Quan joking about a second Zoom call with Harrison Ford (he starred in Temple of Doom), and a live recreation of a scene. But the most newsworthy bit was when producer Steven Spielberg appeared to discuss a sequel.

For those who have been clamoring to have The Goonies back together on the big screen, Spielberg explained that the film is just too hard to top.

“Every couple of years we come up with an idea,” he told Gad, “but then it doesn’t hold water. The problem is the bar that all of you raised on this genre. I don’t think we’ve really successfully been able to find an idea that is better than The Goonies that we all made in the ’80s.”

If you’ve been one of the many people keeping their fingers crossed for a reunion, Spielberg and the cast didn’t rule it out, and you can rest easy knowing that the cast and creators know it has to be just as good, if not better, than the original film. 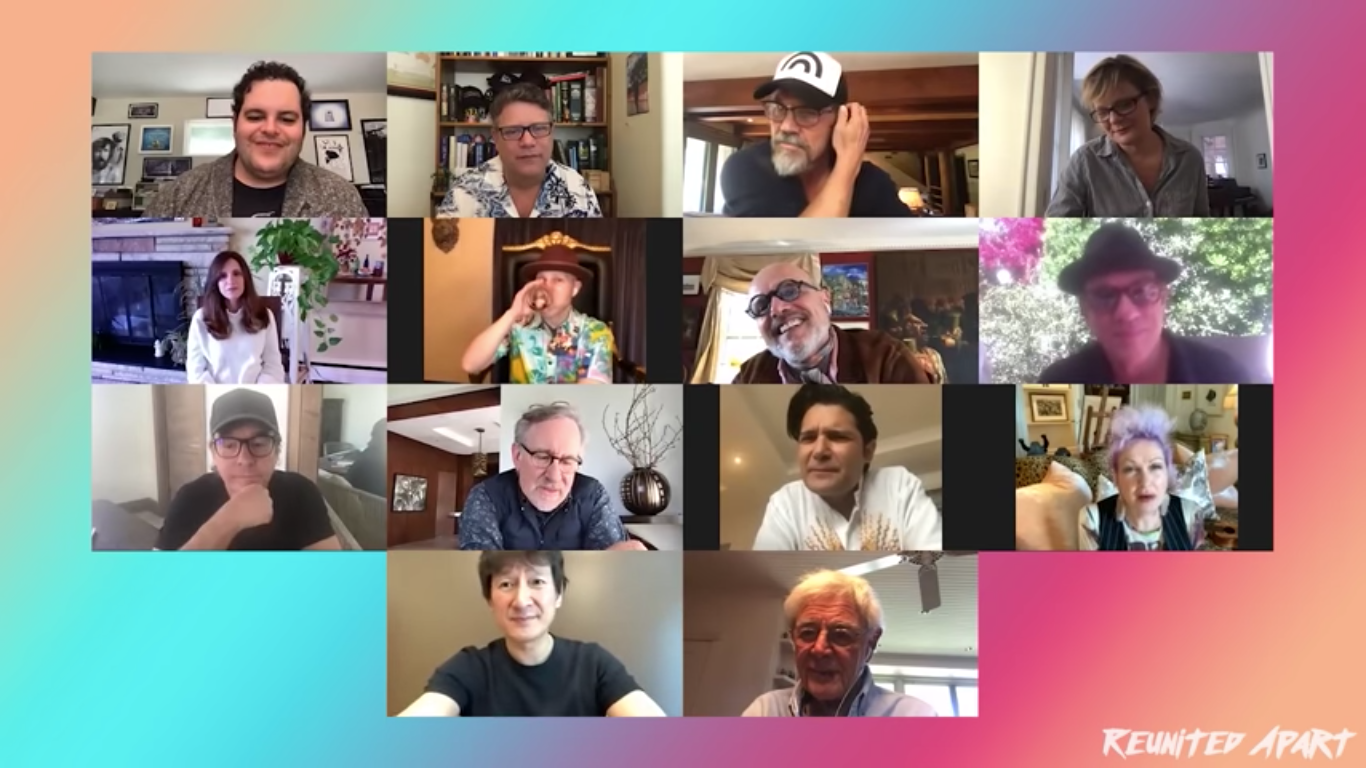