Want to improve your cooking? Start with the absolute basics: the five tastes. Here’s what they are, and how they impact our perception of food.

What we usually categorize as “taste” is actually a combination of several sensations. While our tongue perceives the quality and flavor, we also use texture, smell, and temperature to decide whether we enjoy something.

However, today, we’ll focus on how the human tongue is sensitive to the five basic tastes: sweet, salty, sour, bitter, and umami.

Sugar, which is derived from fructose and lactose, is what triggers and causes your tongue to perceive sweetness. Your brain registers sweetness when at least two variants of sweetness receptors are activated.

So, whenever you eat cookies, ice cream, candy, or anything else filled with sugar, your taste buds dance with joy—and deep down, you’re dancing, too.

No, really—sugar triggers the release of brain chemicals that make the very act of eating something sweet highly rewarding. Salt, the next stop on our taste tour, is similar.

When you eat foods that contain salt—primarily, sodium chloride—your tongue perceives saltiness. Other salts we eat less often (like those from potassium or magnesium) trigger this sensation, also.

Processed foods that are high in sodium are highly accessible today, which makes it particularly difficult to avoid these convenient foods. Whenever you eat anything salty, dopamine (a chemical in the brain) is released and motivates you to eat more.

Our bodies are designed to enjoy salt—it’s a survival mechanism. So, if you think you’re addicted to those potato chips, you aren’t wrong. From an evolutionary standpoint, your body is very happy you’re eating them.

Your taste buds also detect hydrogen ions found in certain foods, like lemon juice. This is what gives you that lip-puckering feeling you love.

Citrus foods, like lemon and orange zest, trigger this taste, as do fermented foods, like kimchi yogurt or sauerkraut. You’ll also detect acids in foods like yogurt, cheese, and sour cream.

Bitter is one of the most sensitive tastes. While it can enhance the flavor of other foods and make them more attractive (like a cold IPA), it’s also there as a safety mechanism.

From an evolutionary standpoint, our ancestors recognized that bitter plants were often poisonous and used taste as a matter of survival. You’ll find that bitter taste in foods like eggplant, grapefruit, coffee, and fenugreek.

Umami is Japanese for “good flavor.” It’s the most recent basic taste to be identified and accepted. It’s usually used to describe something as meaty or savory.

Japanese chemist, Kikunae Ikeda, linked this unique taste to the presence of glutamic acid in certain foods. Meat, cheese, and tomatoes all contain glutamic acid, which helps our tongue perceive this satisfying taste.

In Chinese cuisine, people use monosodium glutamate (a food additive known as MSG) to enhance and intensify savory tastes.

Food speaks to us via taste, and we categorize these under five basic groups. And yes, we know you’re craving those salty chips now. Go ahead and enjoy! We won’t tell anyone. 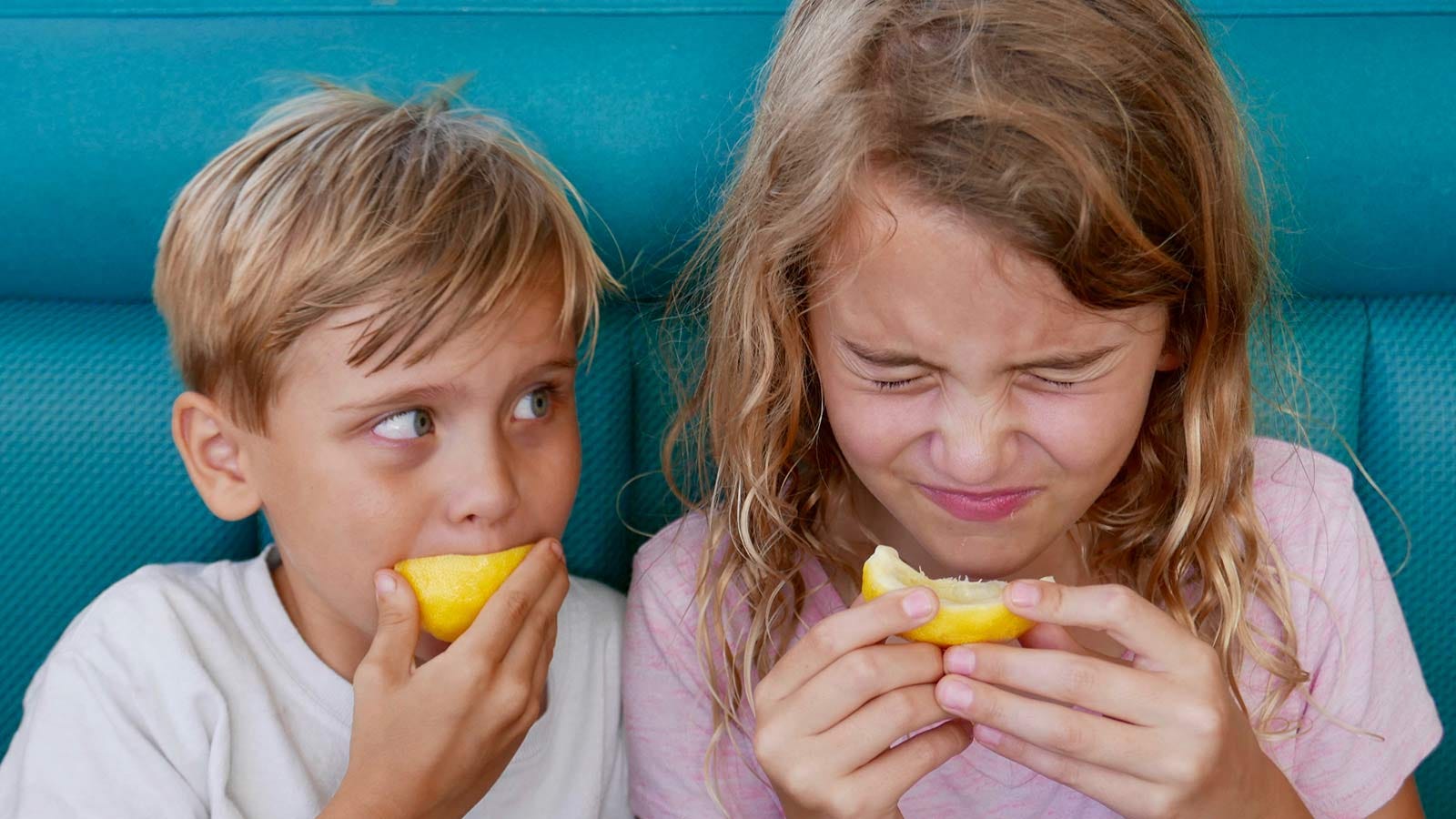