If the name Nancy Meyers doesn’t ring any bells, you probably still know how she is—or at least her work. Whether you knew it or not, you’ve spent time in one of her kitchens, through the screen at least.

Meyers is the writer behind cult classic films like Father of the Bride, the 1998 Parent Trap, and modern favorites like The Holiday. The thing all those things have in common other than Meyers is stellar kitchen sets. By the looks of it, Nancy Meyer’s kitchen may have been the inspiration for them all.

Fans of the writer and director often joke about the lavish,  well-decorated, and spotless kitchens found in her films, and she’s finally revealing her own. In an Instagram post, Meyers seemed in on the joke when she captioned the photo of her home with “Headquarters.” In the sizeable space, fans saw not one but two islands—one with a marble top, of course, a table tray full of Perrier, some perfectly arranged oranges, dual ovens, and glass cabinets filled with perfectly arranged white dishes.

Basically, it was a film set.

If you’ve been looking for kitchen inspiration for an upcoming remodel, Meyers just gave it to you. 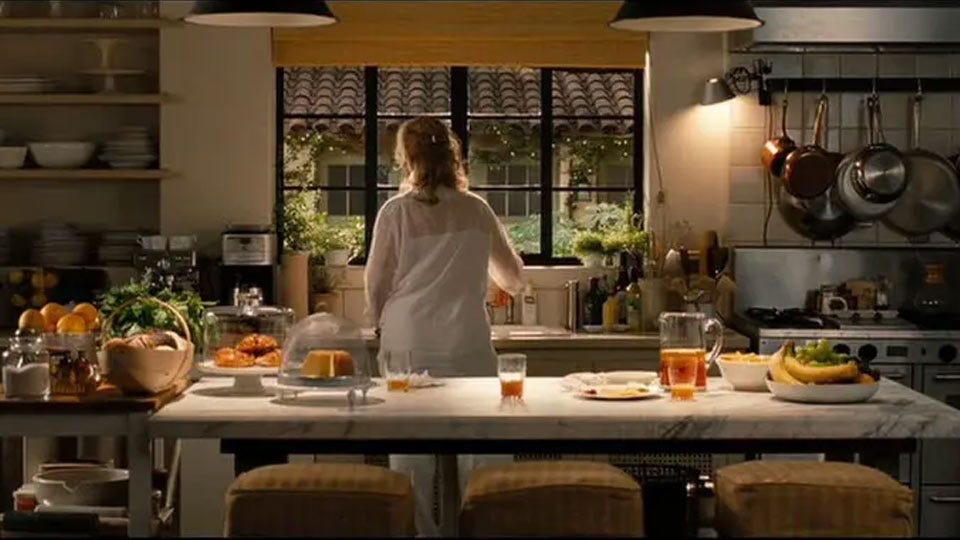