It feels like we’re living in the twilight zone right now, so May 11 is an appropriate time to celebrate Twilight Zone Day. What better way to forget about your current troubles than watching a classic show about strange things?

If you’ve never seen The Twilight Zone, here are the basics. The show aired in black and white between 1959 to 1964. The five seasons were filled with macabre episodes that melded horror, suspense, and science fiction into tales that often came with a moral to the story. Each episode was its own story, part of an anthology of tales. To contextualize it for modern viewers, The Twilight Zone was Black Mirror half a century before Black Mirror was even a thing.

Rod Serling hosted the original series (and wrote over 80 of the episodes!), and his voice and face are absolutely woven into the cultural memory of the show. In 2019, the show returned with Jordan Peele at the helm. Before the most recent revival of the show, there was a brief return from 1985 to 1989 and another from 2002 to 2003.

Then, there was also Twilight Zone: The Movie in 1983. Played out in anthology form, just like the series, the movie stuck to the horror theme but had some horror behind the scenes as well—a helicopter crash on set killed three actors and almost derailed the movie altogether.

Notable Episodes Worth Checking Out

If you don’t have time to binge-watch five seasons of The Twilight Zone, here are three early episodes you should check out. If you have Hulu, you can watch the entire series there (and you’ll find the first four seasons on Netflix). In addition, if you want to do a little legwork looking up individual episodes, you’ll find almost every one of them (and plenty of additional related content) on YouTube.

The fifth episode of the first season takes us back in time when a 36-year-old Martin Sloan finds himself revisiting his childhood, literally. He tried to talk to his younger self, but as you know, you’re not supposed to interfere with the past. The episode that originally aired the night before Halloween in 1959.

“The Lonely” is another excellent episode from the first season of The Twilight Zone. This seventh episode originally aired on November 13, 1959. We’ve read stories about prison planets, but in this story, a man named Jack Warden is imprisoned on an asteroid. There, he is delivered a life-like woman robot when the supply ship comes for its yearly visit. It’s like Stepford Wives meets Her.

“Eye of the Beholder”

Season two’s “Eye of the Beholder”, which originally aired on November 11, 1960, delves into the idea of plastic surgery and beauty. A woman is trying to look “normal” so that she isn’t sent away to a village of outcasts. But, what is “normal” and who determines beauty?

The makeup effects for this film are wonderful for the time period, and that could be because William Tuttle, who made the Morlocks for The Time Machine, was the artist behind this episode’s gruesome faces.

If you’ve never seen a single episode of The Twilight Zone but have come across references to it, in general, there is a very good chance you’ve seen at least a screenshot of this episode as it’s one of the more iconic ones in the series.

While the entire series is worth checking out, maybe you want to be a little more selective in which episodes you watch. While binge-watching is fun there are 156 episodes in the original series, after all, and not every one of them aged like fine wine. 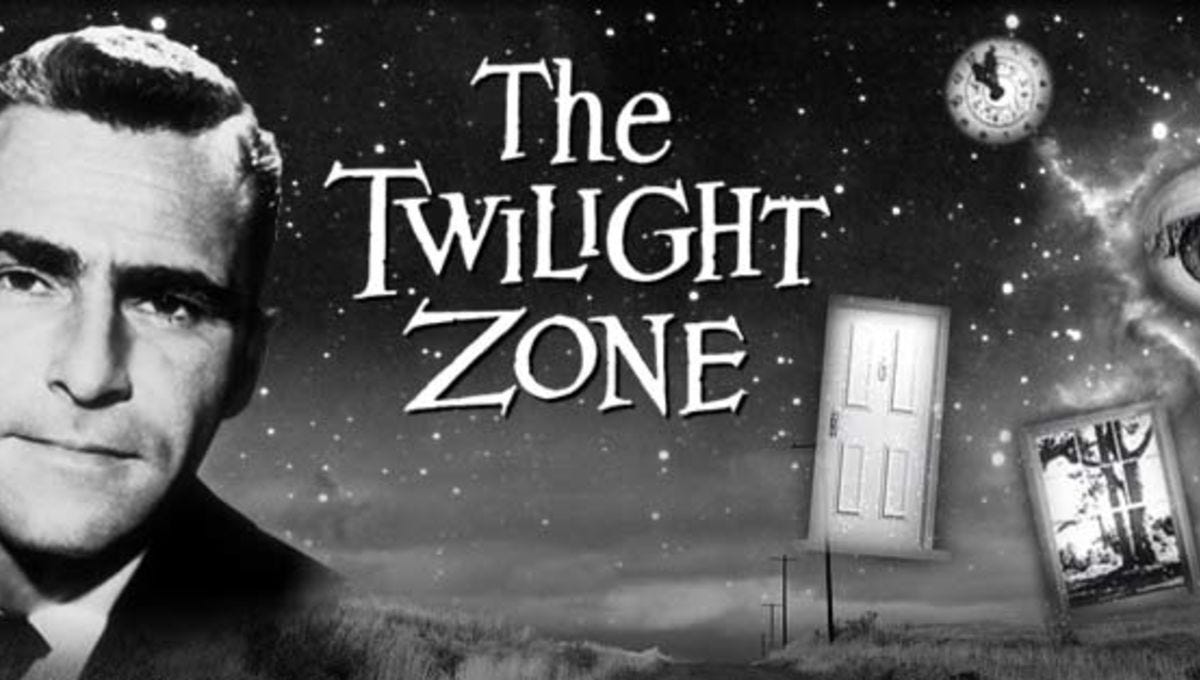