This French savory delicacy has swept the world with its crunchy crust, scrumptious fillings, and a variety of ingredients that make it easy to have a slice with every meal, from breakfast to dinner. Here are five delicious quiche Lorraine recipes you have to try.

One of the vegetables many foodies look forward to being in season is asparagus. This nutrient-packed green veggie is filled with antioxidants and fiber, plus it helps flush out excess water from our system. It also has a significant amount of folate, which promotes brain function, and is one of the key foods every pregnant woman should be consuming.

Slicing asparagus up in your quiche Lorraine is one of the best ways to ensure you get a healthy dose of this vitamin-rich veggie. When making a quiche, you can make your own pie crusts or opt for the store-bought version. Whatever suits you better! For the recipe, you’ll need:

Preheat the oven to 400°F. In a pan, drizzle the olive oil, and add spring onions until caramelized. Add the asparagus and stir them through for 5 to 7 minutes. Set aside. Brush the pie crust with the egg white wash, then place the onion-asparagus mixture in the center of the pie crust. Sprinkle the mozzarella shreds on top.

In a bowl, mix together eggs, half-half, and salt and pepper, then pour the mixture over the veggies and cheese. Bake about 35 to 40 minutes until the middle is nearly set. Take out and let cool for 20 to 30 minutes before cutting, sprinkling basil on top, and serving.

Traditionally, a French quiche Lorraine is made with bacon, but replacing the bacon with ham gives it an interesting flavor, especially depending on the type of ham you choose to use. You can make it pretty interesting if you opt for smoked ham, as the flavor will really burst through.

Preheat the oven to 350°F and place the rack in the lower third of the oven. In a pan, drop the olive oil and gently fry up the fennel and onions, making sure they don’t burn but cook enough to caramelize them. Remove them from the heat and stir in the ham. Set aside.

Lightly brush the edges of the pie crust with the egg-white wash, then pour the fennel-onion-ham mixture inside. Sprinkle with 3/4 cup of cheese, reserving the final 1/4 for the end.

In a bowl, beat the eggs with cream, salt, and pepper, and gently pour the mixture over the veggies and cheese. Sprinkle the rest of the cheese on top, and place the pie in the oven for about an hour. Pay attention to it so it doesn’t burn. Take it out when the middle is just set and cool for at least 30 minutes before slicing in. Enjoy!

Another amazing spring vegetable, spinach is a dark leafy green that’s incredibly rich in vitamin K, vitamin C, vitamin A, and folate. It’s extremely versatile and you can mix it in your salads, sprinkle it on top of pizza, or even turn it into a curry. When it comes to quiche Lorraine, it pairs nicely with feta and goat cheese as the flavors compliment each other wonderfully. For the ingredients, you’ll need:

In a bowl, beat the eggs, milk, salt, and pepper, and pour it over the top. Sprinkle the mozzarella shreds over the top and place the pie in the oven to bake for about an hour. Make sure the middle is just set and take out to cool for at least 30 minutes before serving.

This ‘shroomy quiche combines four different mushrooms that each give a special flavor when baked in the egg mixture. You can choose to swap them out for different variations or only use two types and increase the quantities, so play around until you’re completely satisfied.

Preheat the oven to 375ºF. In a large pan, melt the butter and add shallots. Cook until golden and caramelized, paying attention so they don’t burn. In a medium bowl, whisk the eggs, heavy cream, salt, and pepper, then stir in the shallots and all the mushrooms. Last, stir in the cheese.

Lightly wash the edges of the crust with the egg-white wash and pour in the mixture. Bake for 40 to 45 minutes, or until the center of quiche is just set. Take out and cool for at least 30 minutes before cutting it.

Combining vitamin C-rich red bell pepper with antioxidant-rich butternut squash sounds like a really good idea, and once you add a touch of goat cheese on top, your taste buds will be forever grateful. For the recipe, you’ll need:

Preheat the oven to 425ºF and place the butternut squash, onions, and bell pepper on a baking sheet. Sprinkle olive oil on top and bake for 30 minutes, stirring and shuffling the veggies half-way through.

In the meantime, in a medium bowl, beat the eggs and add the yogurt and spices, folding in the parmesan in the end. Once the veggies are done, bring the oven temperature down to 350ºF and place the rack in the lower third.

Lightly brush the edges of the pie crust with the egg-white wash, place the veggies at the bottom, and pour the egg mixture over. Sprinkle the goat cheese on top and bake for about 40 to 55 minutes, or until the middle has just set. Take out and cool for 30 minutes, then slice it up and serve immediately.

Bring your cooking game to a whole new level with these delicious quiche recipes and impress your friends next time you have them over! 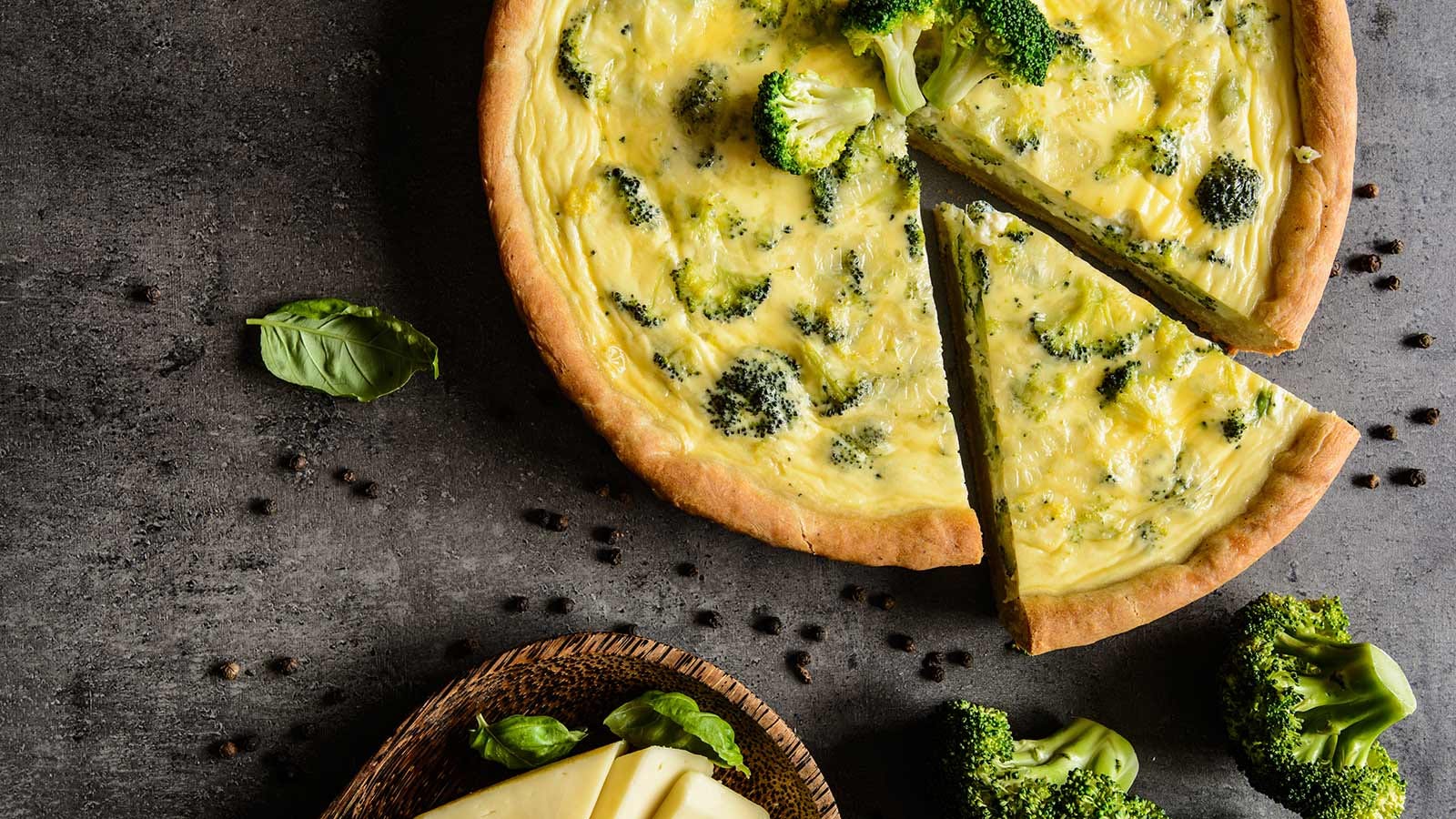