Most of us can agree that cute animal content is the best part of the internet. If you count yourself as one of us, you’ll love this golden retriever interrupting his owner’s weather report.

Nearly everyone is still working from home these days and that includes anchors and meteorologists from local news stations. That’s the case with Tampa, Florida’s Fox13. Meteorologist Paul Dellegatto was attempting to deliver the weather forecast when his dog, Brody, bumped the camera causing the screen to stop showing the map.

Dellegatto kindly let Brody prop up on his lap for the rest of the broadcast, but it may not have actually been Dellegatto the pup wanted to see.

Later in the video, viewers get a close-up Brody as he jumps into a window. Turns out that Dellegatto’s camera person is outside filming. Earlier, Brody could see him through the glass, but in order to prevent a glare on the camera, the team set up a curtain outside which means the poor pup can no longer see his friend.

Ultimately, though, he goes back to Dellegatto and lays his head in his owner’s lap like the best good boy ever. 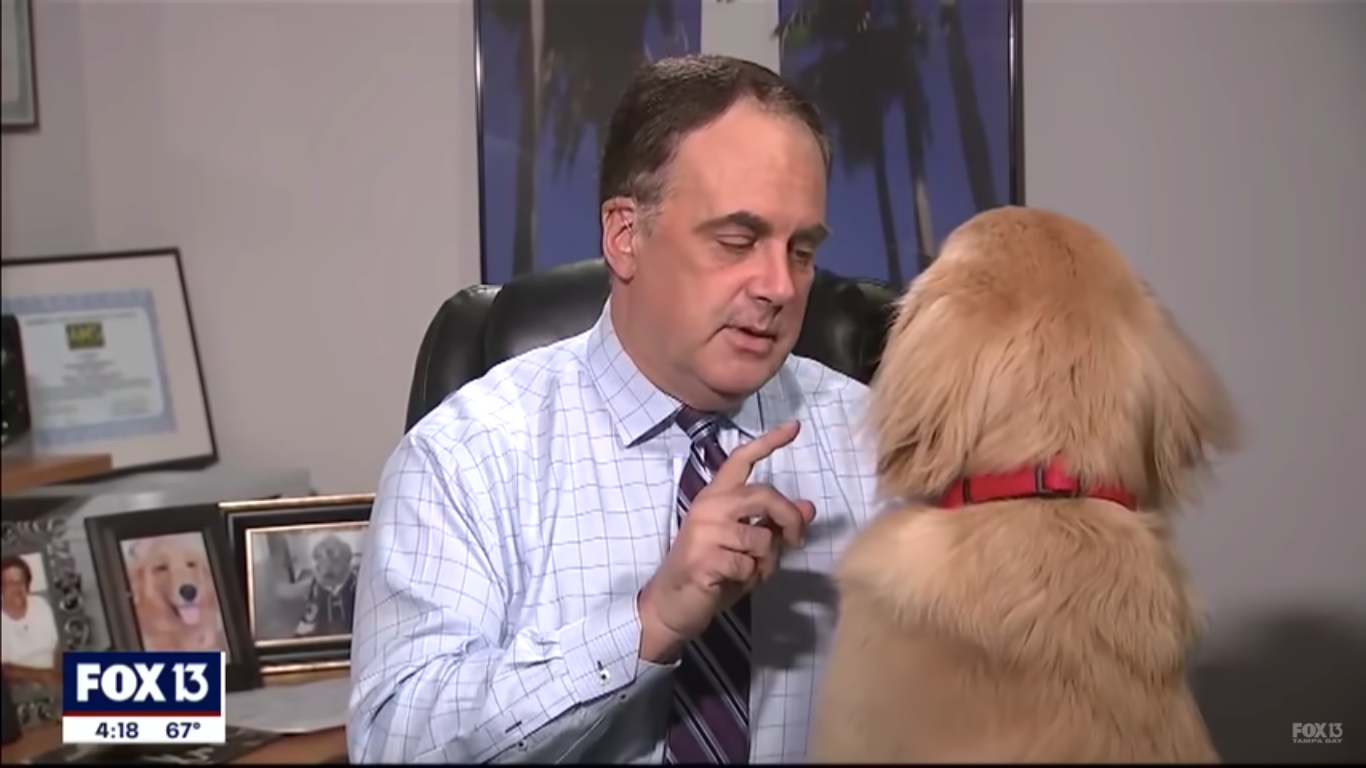