Ben & Jerry’s has a flavor called Everything But The. You’d think the brand couldn’t surprise fans anymore. But Ben & Jerry’s new flavor features, perhaps, its most surprising ingredient: potato chips.

The famous Vermont-based ice cream company teamed up with Netflix’s Nailed It to create the odd combination of flavors. The new option features a chocolate ice cream base with fudge chips and a potato chip swirl.

In a statement to Thrillist, the brand explained that the decision to include the sweet and savory ingredients together was due to Nailed It‘s hilarious baking fails, and the name, well, it’s a play on words you can probably figure out for yourself.

The team-up with the Netflix series, however, isn’t the ice cream company’s only work with the streaming service. Back in January, Ben & Jerry’s Netflix & Chill’d ice cream hit stores. Like the new potato chip-based taste, it also featured sweet and salty with a mix of peanut butter ice cream, pretzel bites, and brownie.

If you want to try the collaboration, Ben & Jerry’s has a handy delivery service finder on its website. Grab your remote and your pint, and stream an episode of Nailed It while you chow down. 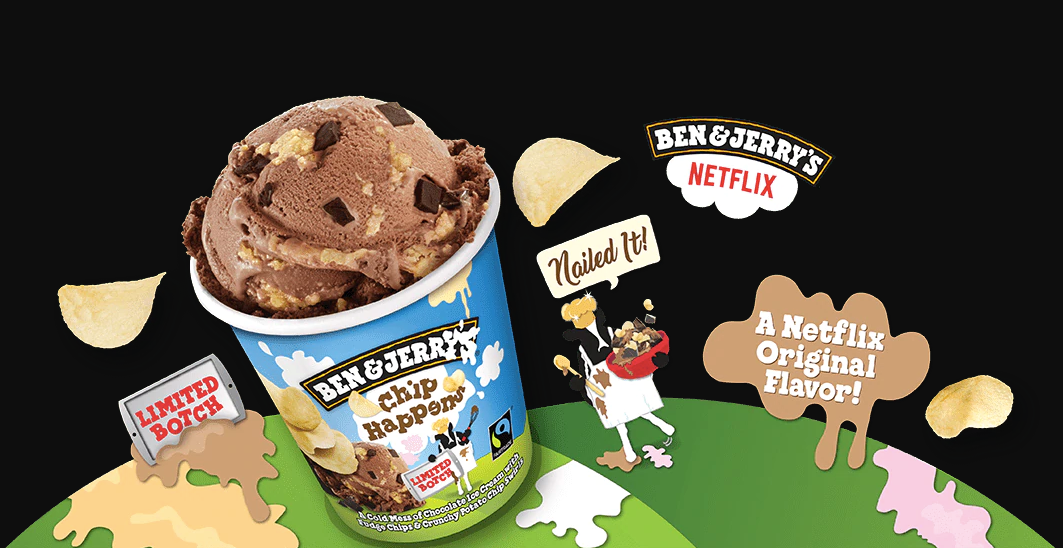