The Claim of Perpetual Stew

In medieval Europe there was, allegedly, a method of cooking most modern diners will find one part fascinating and one part, quite possibly, a bit eyebrow raising. The idea of a never-ending pot of soup is a bit sketchy, to say the least, but here’s a simple break down of how and why they did it.

This everlasting stew consisted of, well, just about anything and everything available, including hare, hens, and vegetables. Because medieval peasants lived off of the land, what they gathered ended up in the stew—food was scarce and every scrap counted, so people squeezed every bit of flavor and nutrition out of whatever they had. The pots were rarely emptied completely, and the stew was perpetually replenished save for lenten season, where meat is forbidden.

If your reaction to that is a have a healthy dose of doubt that anybody was eating stew that was years old (at least one some sort of molecular level), you have a healthy bit of skepticism. While it’s quite possible that the practice did exist, at least in some form, there is very little known about it because—among many reasons—the life of the underclass in early societies is usually poorly documented.

Some sources offer information about low-income families in Europe, eating a similar stew that they called pottage, which remained on the fire for several days. They added ingredients (like meat or vegetables) as they became available, to feed their hungry families. Practically no mention is made of this practice in history books, however, before the 1970s, which is a bit suspicious.

Not only that but a perpetual stew means a constant fire. Yes, in colder areas of Europe fires would have been used to provide heat and cook with, but there’s a difference between keeping a pot at cooking stable temperature and building up and letting a fire die down over the course of a day.

Either way, whether or not this continuously brewed stew of the past is authentic or a bit of an exaggeration, the practice today might be more common than you think!

If your craving a bowl, you can head right over to Bangkok, Thailand, where they have been serving the same soup they call “neua tune” for 45 years. For almost half a century, they’ve been keeping the broth overnight, then using it again the next day, without ever throwing it away. It’s not quite the same as simmer the broth in perpetuity, but it’s as close as you’re likely to get in the twenty-first century.

So, the real question is, would you ever indulge in a bowl of everlasting stewed beef (plus a few other organs and such)? I mean, imagine the intensified flavor of that broth! 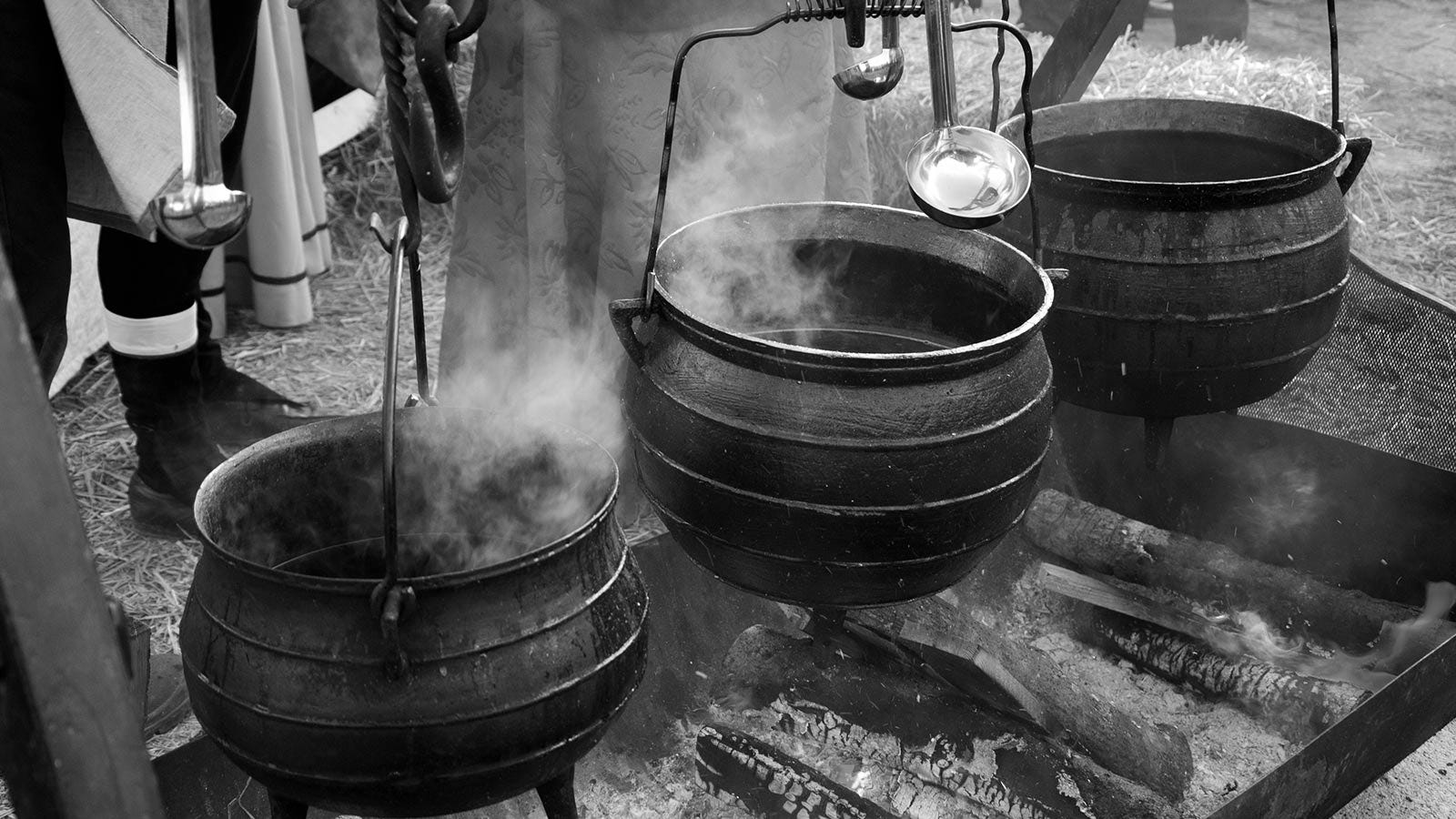