Dunkin Donuts isn’t short on creative foods, but now the brand is letting its customer showcase their artistic side. Dunkin DIY Kits are available at select stores, and it gives fans the power to create their very own design.

In a press release, Dunkin explained that the kits originated in California when Norma Valkenaar, an employee at one of franchise owner Matt Cobo’s locations, wanted to take home some sparkles, frosting, and doughnuts for her nephews.

Once Cobo found out how much the kids loved the kits, they created them for two of his locations. Now, several locations across the United States have created the DIY Dunkin kits. All you have to do is contact your closest location and see if they offer the creative kits.

Dunkin joins a plethora of other brands that are offering at-home options that haven’t been seen before. Chipotle officially released its guacamole recipe online, and even brands like Disney are letting people in on the second of some of their most well-known recipes. Dunkin DIY kits are just another in a long line of ways to bring your favorite culinary experiences to your home. 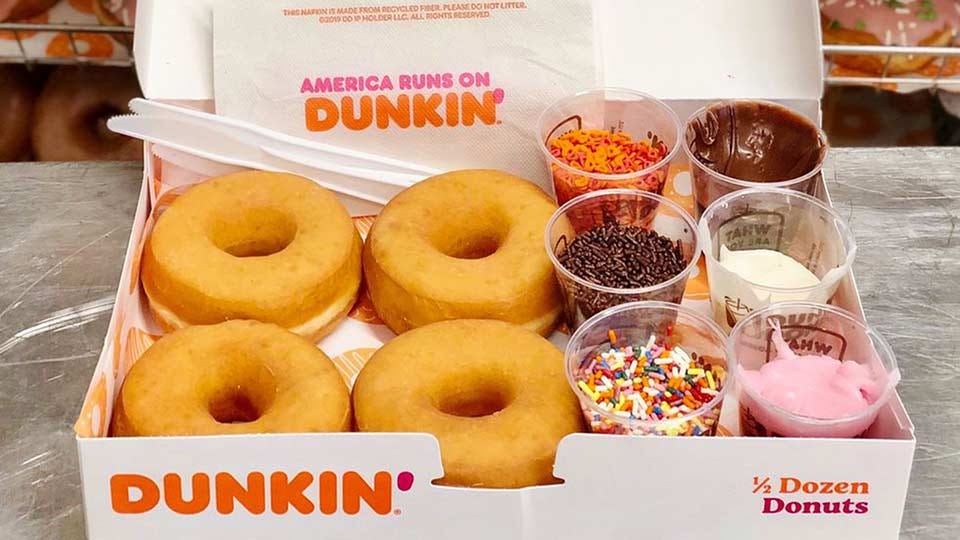