In an attempt to minimize the spread of COVID-19, wearing masks in public is becoming the new normal. Whether it’s a cloth mask or an N95 respirator, anything covering your mouth and nose will do—just as long as it doesn’t come with a valve.

By now, we’re all aware that the SARS-CoV-19 virus spreads person-to-person via respiratory droplets expelled while sneezing, coughing, or talking. One way to prevent contamination is by wearing a mask, which protects you from others while also protecting others from you—it’s a two-way street kind of deal that’s now becoming mandatory in many states and major cities around the United States.

Though most masks get the job done just fine, experts discourage the use of those that come with a valve embedded in them, and there’s a valid reason why. Unlike the average mask that filters all the air that you breathe in and out, a valve mask only filters the air that you inhale. The exhalation valve, in fact, was designed to minimize the moisture, heat, and humidity that’s commonly generated inside a mask, thus providing both comfort and protection to the user.

Valve masks, or respirators, were initially meant for industrial use only. Factory workers and coal miners would wear them to protect themselves from hazardous particles in the air they’d breathe for hours on end, while also remaining cool and comfortable during their shifts. If you can imagine what it would be like to do physical work in an enclosed space, with your mouth and nose covered, while breathing in nothing but hot and humid air, you can imagine how much of a difference a one-way valve mask can make!

The masks used in hospital settings don’t have a valve for that very same reason. N95 respirators, for instance, filter out 95% of air particles in both directions of airflow, which can combat the spread of many airborne infectious diseases, such as influenza and tuberculosis. According to the Centers for Disease Control and Prevention (CDC), although N95 respirators with valves do provide a good level of protection against air contaminants and facilitate breathing, they shouldn’t be used in a situation that calls for sterilization as the valve doesn’t filter the exhaled air, thus exposing the environment to potential pathogens.

This is also true in the case of COVID-19: using a valve mask in public will lower your risk of infection but it won’t protect those around you from you, which is of particular relevance if you happen to be infected but asymptomatic.

So, if you’re currently looking for a mask, consider opting for a valve-less one or make your own at home. If instead, you’re already in possession of a valve mask, you can still wear it though you should cover it with a cloth mask as a protective barrier between you and other people. 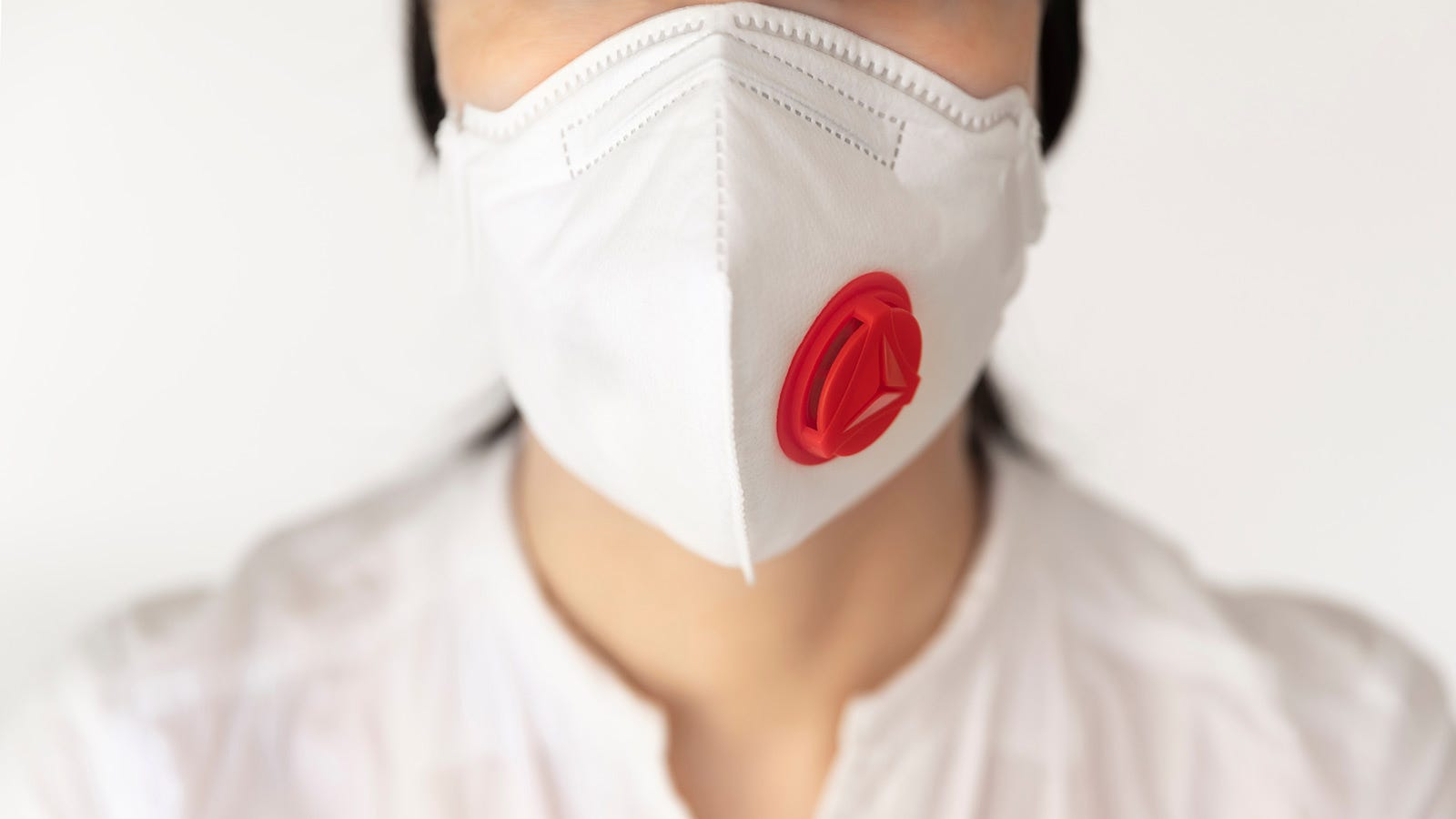