Many people are looking for new ways to focus, create, and relax right now. Could binaural beats offer your brain a boost?

Much has been made of the potential effects certain music or sounds might have on our moods and productivity. Some research supports the idea that the right sounds can help you focus or be more creative. However, the claims about binaural beats often sound too good to be true.

Let’s take a look at what they are, and whether they’re as useful as some people claim.

What Are Binaural Beats?

If you have stereo headphones, you can experience this illusion yourself. Binaural beats involve a constant tone played at two frequencies that are just a bit different. Headphones play one tone in each ear. This creates the illusion of a third, pulsing sound, which is the “beat” part.

The beat isn’t actually coming through the speakers; it’s a total illusion created by the mix of the two separate, but similar, sounds, which confuses your brain. Just as your eyes can be tricked into seeing a mirage, your ears can also be tricked into hearing a sound that’s not really there.

This is because your brain compensates for the difference in tones it hears. This compensation results in you “hearing” a third tone somewhere between the two actual ones.

The Claims About Binaural Beats

Recently, binaural beats have been trending, thanks to grandiose claims about what they can do. According to various sources, these sound illusions can reduce stress, help you sleep, boost your cognitive performance, and much more. But is getting those benefits really as easy as plugging in a set of headphones?

The idea that a certain sound can heal or boost your brain seems too easy. And, upon closer examination, many of the studies cited to support the benefits of binaural beats actually found that any positive effects were weak and very temporary. So, they won’t change your life in any meaningful way.

There haven’t been that many studies on binaural beats yet. Plus, the studies that do exist often use small sample sizes, further throwing their claims into question. Still, many of the studies do suggest that binaural beats might have some effect on the brain. There just haven’t been enough of them to determine what that effect is, what causes it, and how powerful the results might be.

For now, most of the evidence on binaural beats is anecdotal. They might have some interesting effects on the brain, but, without more research, there’s no way to say for sure that they’ll help you de-stress, sleep, or focus.

How to Try Binaural Beats

Binaural beats might not work, but there’s no harm in giving them a try. At worst, they’re just an interesting auditory illusion. At best, you might notice a positive impact on your sleep, work, or stress levels. Sure, the positive results might actually be caused by the placebo effect, but so what?

If you want to fully experience binaural beats, you’ll need a set of stereo headphones. Almost any pair produced in the last 50 years will be stereo. However, you might want to invest in an over-the-ear set with some comfy cushioning. Then, just look up a binaural beats soundtrack on a music app or site, like YouTube, Pandora, or Spotify.

You might want to try a few different ones to see if your experience changes. Some tracks use white noise to hide the illusion of the “beat,” so you won’t be able to hear it in all of them. Play around with them during your next DIY project, meditation session, or work-from-home day and see what happens.

Of course, you shouldn’t replace any current medications or therapies with an unproven self-treatment like binaural beats. As a fun self-care experiment, though, you’ve got nothing to lose from tossing on a set of headphones and giving it a try. 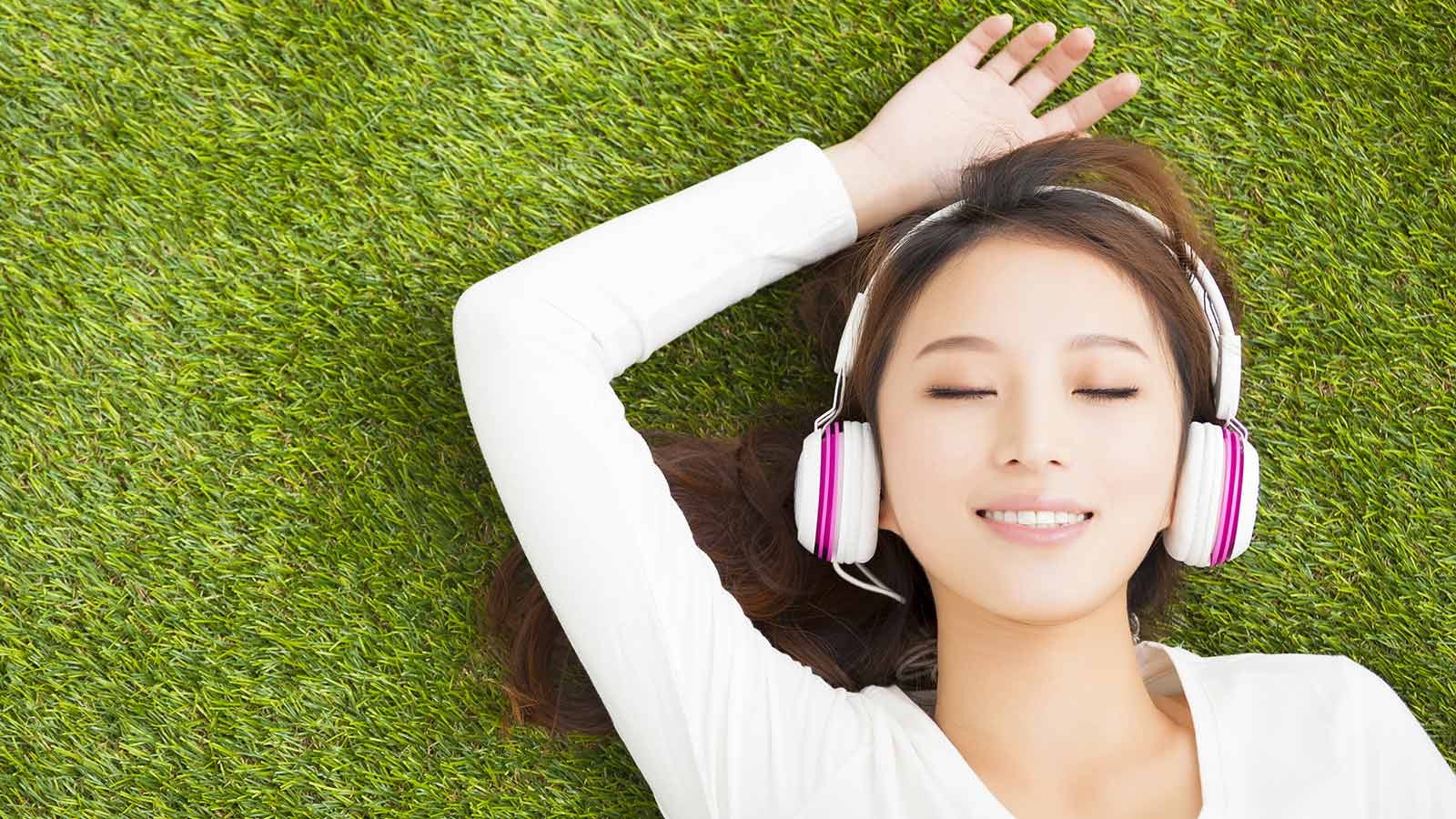