Both people working from home and essential workers still going out are getting creative with their job situations. But one delivery person’s creativity can brighten other peoples’ days. A FedEx driver brought his dogs on his route, and just to add to the cuteness, they even got uniforms.

Daniel Nava is a driver for FedEx, and he also just happens to have two adorable dachshunds named Cocoa and Chorizo. Typically, the pups attend doggy daycare, but Nava has been unable to send them due to shutdowns caused by the pandemic. As an essential employee, he still has to work, so he brought them along.

Nava told The Dodo that his supervisor was understanding about the situation, and safety isn’t a concern. He keeps Cocoa and Chorizo in harnesses that are attached to his seat as they drive.

But every good FedEx driver needs a uniform, right? In his interview with the outlet, Nava explained that he created the pair of pups’ uniforms using his old work shirts and found dog sunglasses on Amazon.

While Cocoa and Chorizo may not be popping up for your next delivery, you can still catch them on their adventures. Nava runs an Instagram dedicated to his pups. If you’re bummed your next package won’t be delivered by paws, you can follow them there. 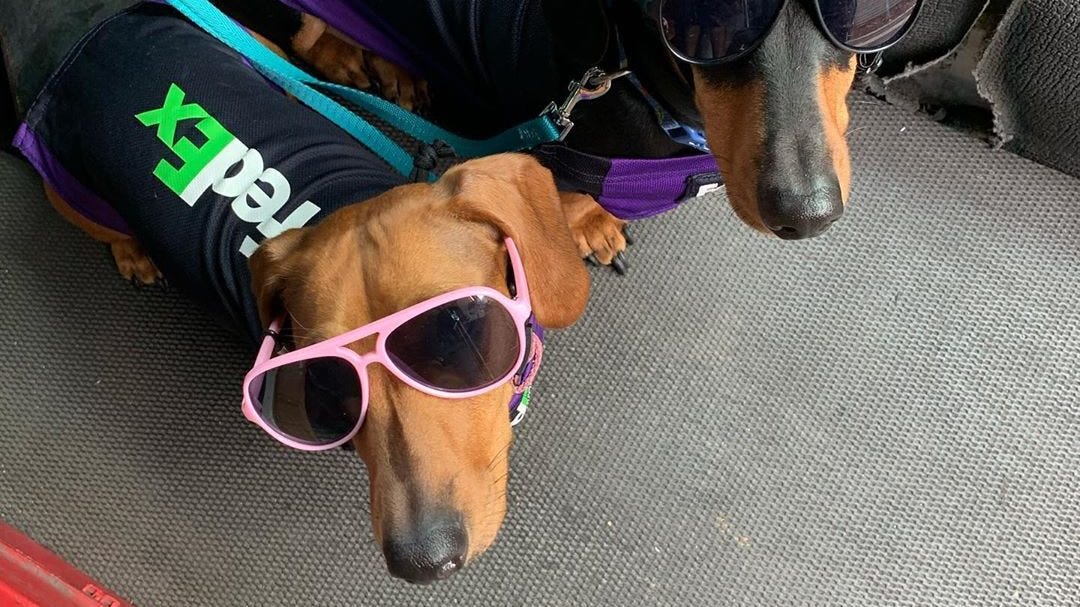